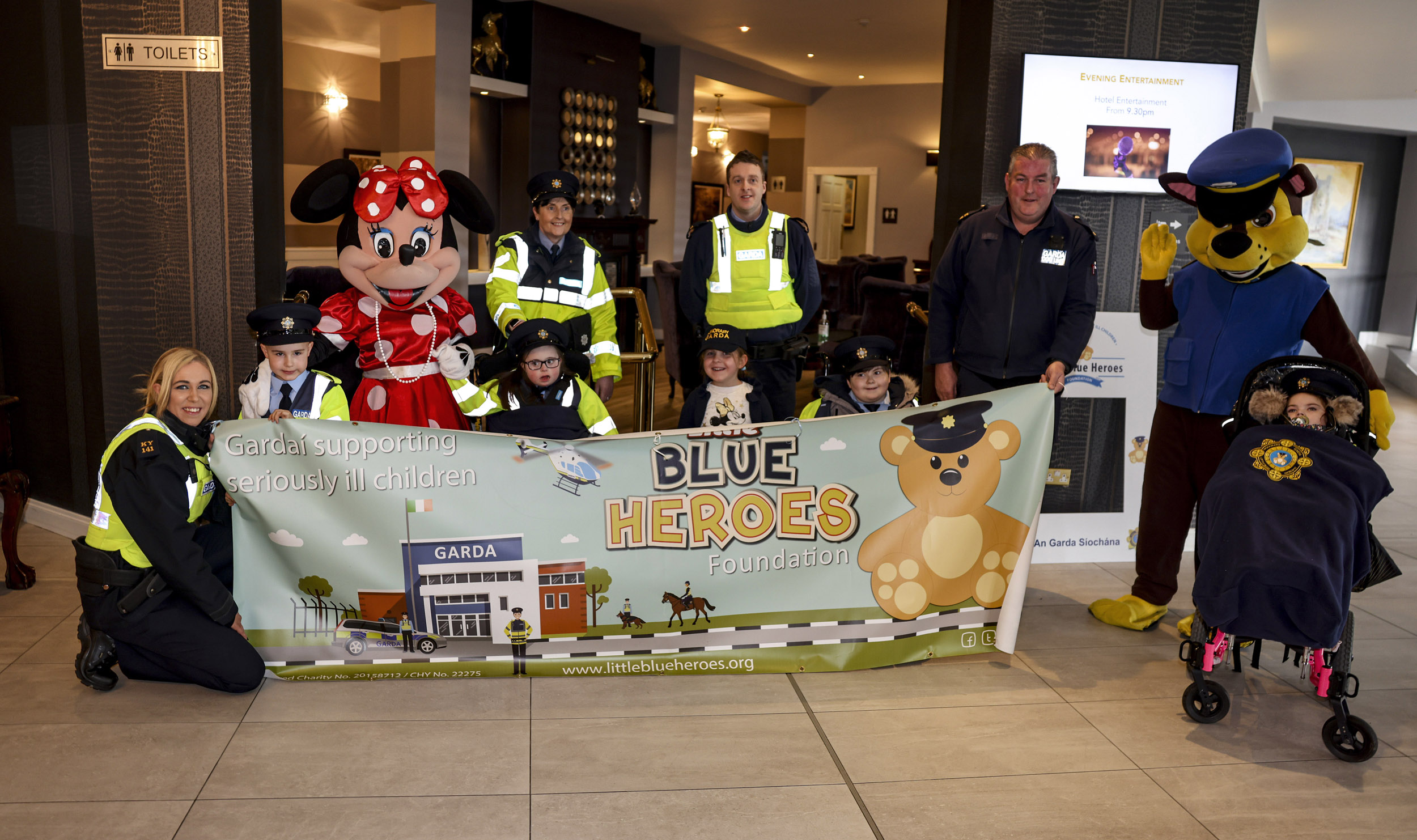 Killarney’s group of Little Blue Heroes and their families met each other for the first time last weekend.

Little Blue Heroes is a not-for-profit charity operated entirely by Garda members and staff. It aims to help families who have children undergoing long-term medical treatment for serious illness.

A grand total of €15,542.74 was raised over the two-day spectacular which began in County Kildare on Saturday and finished in Dingle on Sunday.

Five of Kerry’s Little Blue Heroes were invited to the event. Three of them, Alexis O’Mahony, Frankie O’Sullivan and Kate Lehane are from Killarney, and they were joined by Ardfert’s Sean Kearney and Alana Foley from Killorglin.

Some of them only received their uniforms a few days before the Bumblebee 1000 and it was the first time that their wider family members met other local families involved in the project.

“These five children had to isolate all through COVID, they could not even go to school,” Garda Gillian McEoin the local rep for Little Blue Heroes, explained to the Killarney Advertiser.

“While this was a countywide event, the main focus was on Killarney as the drivers overnighted at the Gleneagle. It went very well and we made a lot of memories.”

Highlights included meeting some of the drivers and characters involved in the Bumblebee 1000 and getting up close and personal to some of Ireland’s rarest cars.

It marked the start of a busy week for all five local children. Their next high-profile event is the St Patrick’s Day Parade in Tralee where they will lead the procession through the town.