This week journalist with the Killarney Advertiser Sean Moriarty is 'In Conversation' with Killarney singer-songwriter Karrie O’Sullivan who will release her new album ‘Home Thoughts’ this week.

Killarney singer-songwriter Karrie O’Sullivan will release her new album ‘Home Thoughts’ this week after being inspired by the success of her social media gigs during lockdown. 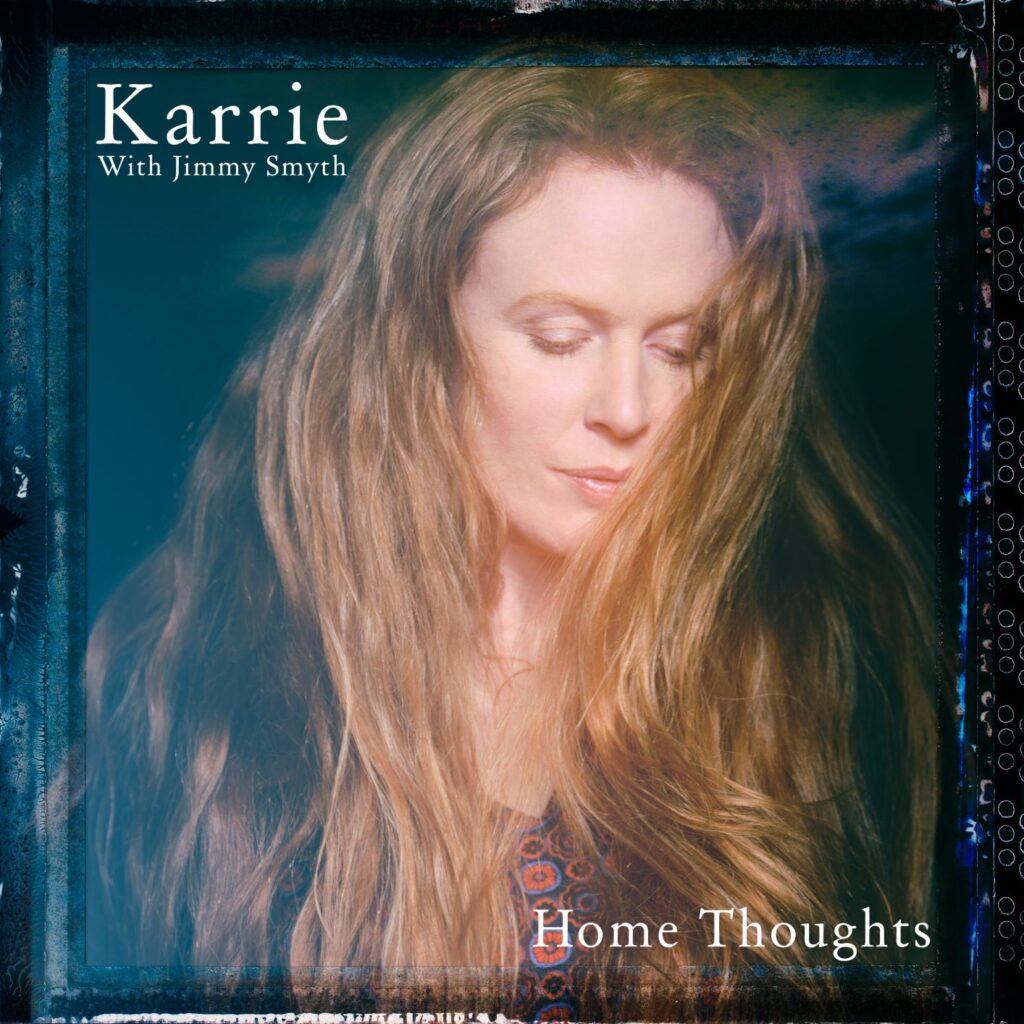 At that time she worked with her producer and guitarist Jimmy Smyth on a series of covers by stars like Rod Stewart and Elton John which were broadcast on her social media channels. The online experiment was so successful that they reached over 250,000 people, so they decided to go all out and record an album.

“[The social media] performance alleviated people from their boredom during lockdown,” Karrie told the Killarney Advertiser. “I am forever grateful to those who tuned in, shared and liked as they provided the inspiration to release the album. From that point it has already been a success.”

However, recording an album in these socially challenging times is not easy with safely guidelines to follow as two artists go into a small recording studio to work together.

Each song was recorded remotely, with Karrie recording on her iPhone in Ballyhar and Jimmy with his guitar and banjo in his studio in Dublin.

“The iPhone is known for its quality microphone,” she said. “The sound engineer was able to tell me the make and model of my phone.”

'Home Thoughts', which will be on released this Friday (August 28), will feature new versions of classic songs such as David Bowie’s ‘Life on Mars’ and James Taylor’s ‘Carolina in My Mind’.

“The Facebook music helped people all over the world when they were at home bored,” she added. "'Life on Mars’ had over 120k views, and one lady contacted me from New York. It was played at her friend’s funeral after her friend specifically asked for my cover.”

In the past Karrie has had three top five singles in Ireland, she has toured with the likes of Declan O'Rourke, Mick Flannery, Mary Coughlan and Rumer.

Indeed Flannery is her nephew, the son of her late sister Elaine.

“That was a great compliment from Sharon. You would have to ask her why she said that," Karrie added. “I am a huge Joni Mitchell fan and Sharon asked me to sing one her songs one night and that is where that came from.”

She is also working with the Irish Chamber Orchestra. They liked her version of ‘Life on Mars’ and that is set to be released as a single in the coming weeks.

“There are talks of a potential show too,” she added. “But everything is loop-the-loop still.”

“I break horses,” she explained. “I have competed in showjumping and still break racehorses on our family farms in Ballyhar and Castleisland.”

Top chefs to run a fundraiser for Kerry charity