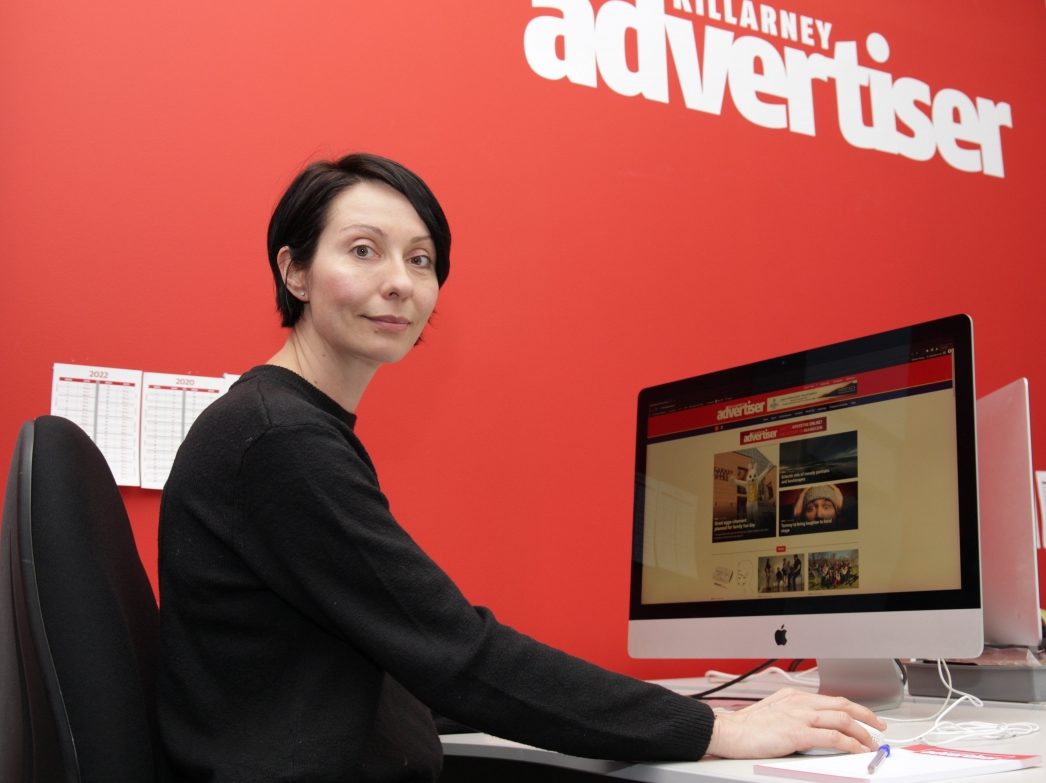 NEW COLUMN: Kyiv journalist Natalia Krasnenkova will write a weekly column in both English and Ukrainian for the Killarney Advertiser. Photo: Michelle Crean

The Killarney Advertiser has been described as "pioneers of the Irish media" after launching a dual-language news column to help Ukrainian families integrate into the local community.

From next week’s issue Kyiv journalist Natalia Krasnenkova will write a weekly column in both English and Ukrainian for the Killarney Advertiser.

Natalia worked as a television news broadcaster for STB Channel and 5 Channel in her home country, but is now living in the Innisfallen Hotel in Fossa with her two teenage children who are attending local schools.

Her English column will tell the people of Killarney about how she and her country people are settling into life in Kerry.

Her Ukrainian language column will tell those recently arrived from the war torn country about what is happening in Killarney. It will serve as an event noticeboard and encourage the war refugees to attend local events and how they can get involved in local clubs and activities.

“Our first priority was safety, then it was to continue the education for the children, the Ukrainians want to integrate into life in Killarney and now that the children have found schools the women have started work in the hotels and tourism industry,” Natalia explained.

She also ran her own PR company in Kyiv while her journalist husband Dmytro remains in their home city and continues to broadcast the latest news on the conflict.

Speaking of her new role with the Killarney Advertiser she said that “this is an example to other media in Ireland".

"This is the first media to notice this, you are pioneers in Ireland.”

The Killarney Advertiser is inviting clubs and societies in Killarney to submit suitable events to sean@killarneyadvertiser.ie for translation into Ukrainian.

Look out for next Friday's issue for Natalia’s first column.