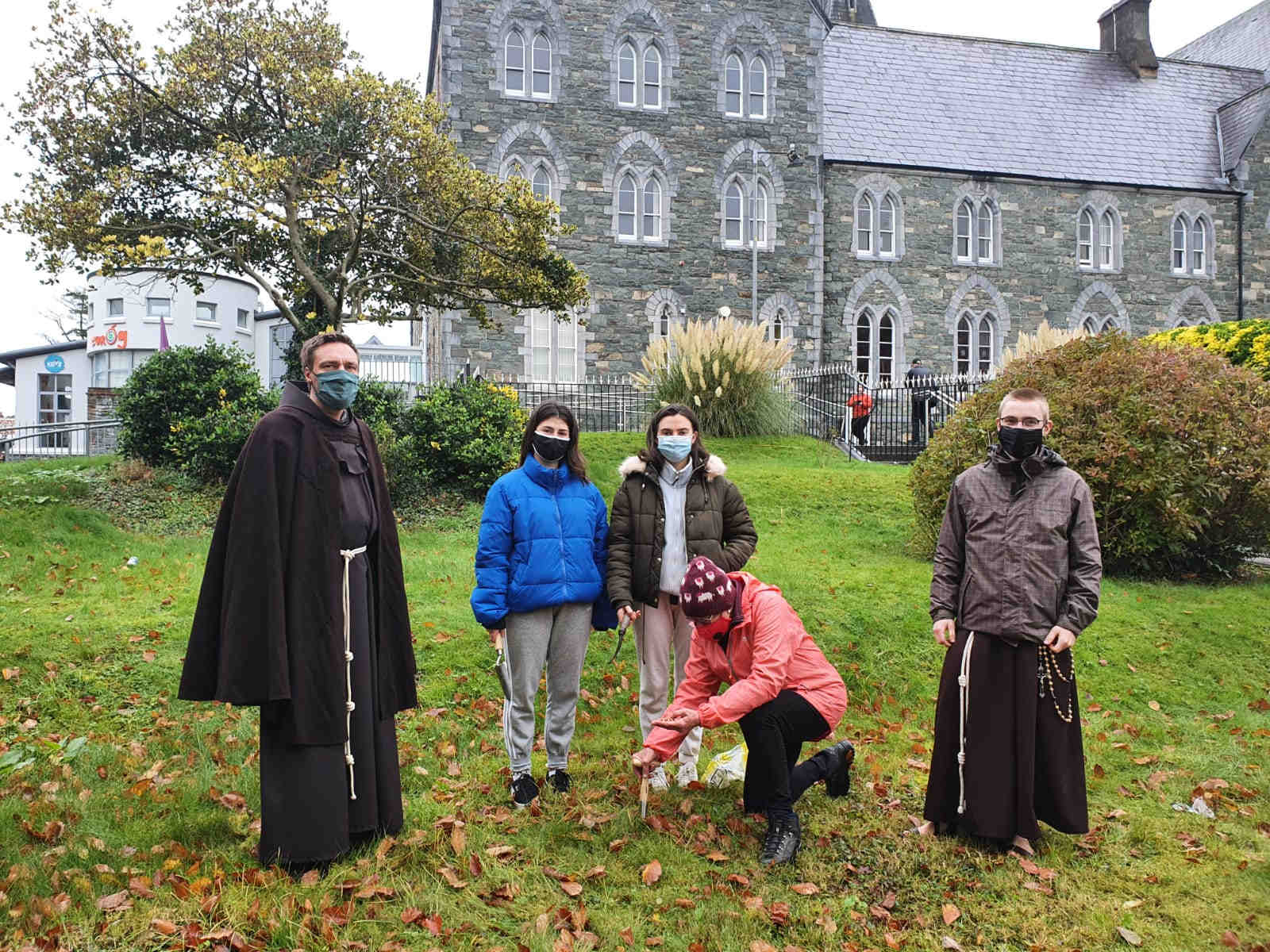 Each spring a beautiful purple carpet of crocus blooms in many communities across the world - including Killarney - to raise awareness of the Rotary fight for a polio free world.

Last spring, a magnificent display of purple crocuses bloomed on the lawn of St Mary’s Church of the Sloes, thanks to the purple crocus corm planting, as a visual reminder of the world-wide Rotary Global Polio Eradication Initiative.

Next spring, inspired by the example, a section of lawn of the Franciscan Friary adjacent to the KDYS driveway at Fair Hill, will mark the same message, while spring beauty brings hope and cheers eyes, minds and hearts.

World Polio Day on Saturday, October 24 had to be anticipated slightly ahead of schedule, due to the Level 5 lockdown, and crocus corms had to be quickly planted by Killarney Club President Anne Alcock with the assistance of some the Franciscans and Imogen and Janine O’Connor (Rotary member Angela’s daughters) on Wednesday, October 21.

"They will hopefully all come up purple, because purple has become the symbolic colour in the Rotary fight against polio, inspired by the colour of the dye painted on the finger of a child, to signify that they have received their potentially life-saving polio vaccine," Anne said.

"These are just some of the great ways that supporting Purple4Polio can result in great Rotary projects for outreach into our own local communities."

In August of this year, Rotary and its partners across the world celebrated a significant milestone, as the World Health Organisation (WHO) certified the African region, which includes 47 countries, free from wild polio.
This leaves just Pakistan and Afghanistan as the two remaining polio endemic countries in the world. But despite the momentous progress, more challenging work lies ahead to eradicate the disease for good. Rotary has committed to raising US$50 million each year to support global polio eradication efforts.

Designer who diversified up for a national award