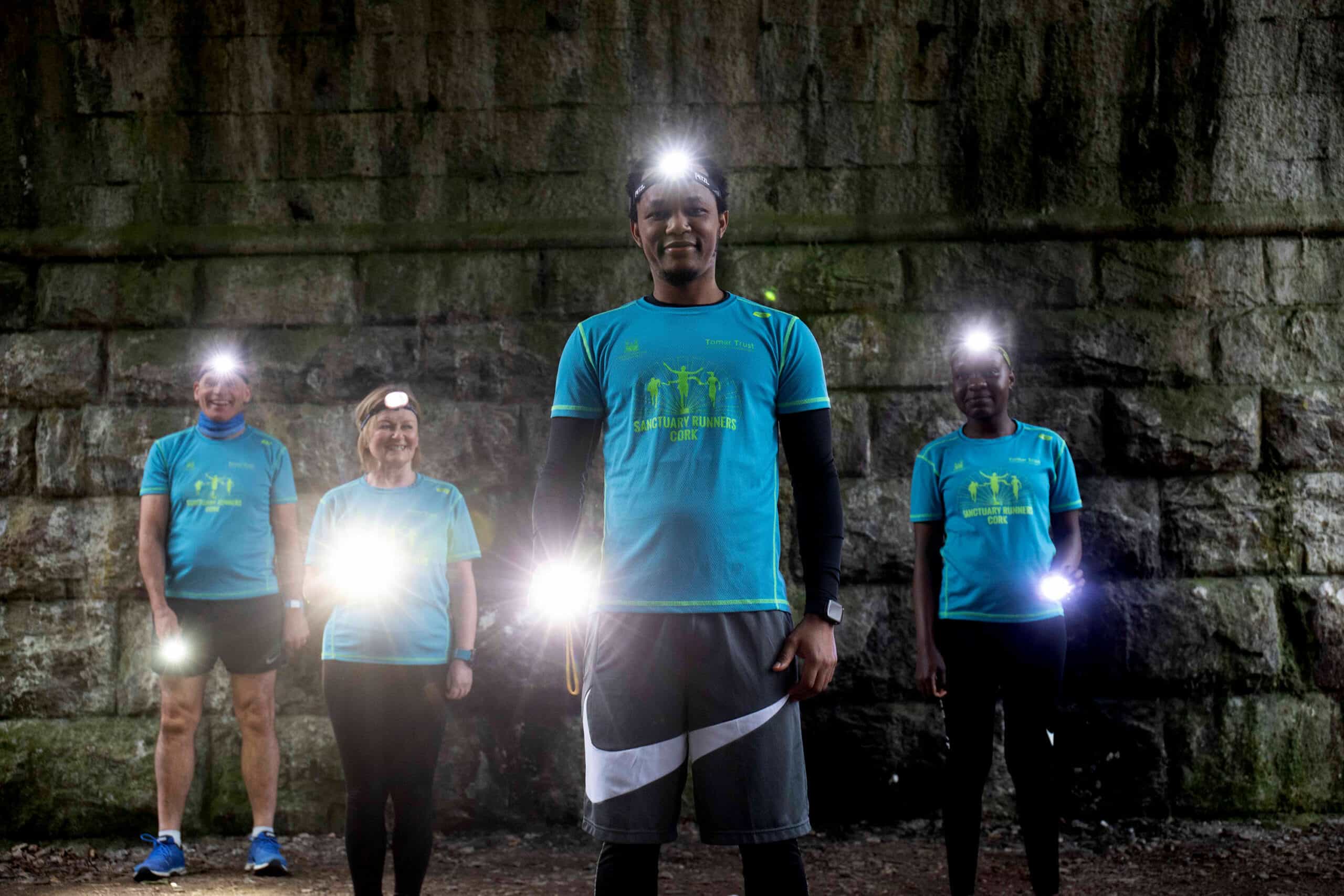 CMK 30032021 REPRO FREE NO FEE Sanctuary Runners, John Riordan, Carmen Burns, Kallie Barrie and Busie Mhlophe. The Sanctuary Runners plan to have at least 1,000 participants in this year's virtual Cork City Marathon - amongst them hundreds of relay teams. People running in solidarity and hope of reaching that light at the end of the tunnel and a brighter, safer future when we can all run as one in the months and years to come. The Sanctuary Runners bring asylum seekers, refugees and the wider Irish public together through running and this year the solidarity-through-sport movement will include runners, joggers and walkers from across the world in their virtual Cork City Marathon effort. Picture Clare Keogh

The Kerry Sanctuary Runners groups in Killarney, Tralee and Kenmare, who use running, jogging and walking to bring together asylum seekers, refugees and wider Irish society, are calling on the people of Kerry to help them with an ambitious bid to build the world’s most diverse relay team.

And on June 6, they, along with Sanctuary Runners in Ireland and across the world, will don their iconic blue running tops to run in the virtual Cork City Marathon for the ‘Light at the end of the Tunnel’ event.

While some will take on the full or half marathon distance, the majority will run, jog, walk or crawl a leg of the relay – just over eight kilometres in distance.

Pauline Dennigan from Tralee Sanctuary Runners is hoping that people in Kerry can do their bit to help an initiative which has been pivotal in breaking down barriers between those in Direct Provision and wider society over the last three years.

“There are now 26 Sanctuary Runner groups across Ireland with well over 3,000 regular participants - about a quarter of those being people currently living in Direct Provision and the rest from wider Irish society," she said.

"As our group here in Kerry grows we really want to throw out a warm welcome for everybody to join us. There is no fundraising involved and while for now we are running, jogging and walking virtually we hope to be able to come together in small pods at least in the weeks to come.”

An impact study carried out by the Sanctuary Runners in 2020 found that 82 percent of those in Direct Provision who participated with the local Sanctuary Runner groups felt the evolving experience made them feel more welcome. And 42 percent of Sanctuary Runners not living in Direct Provision said the experience was the first in their lives where they’d got to know someone seeking asylum and interact on an equal footing.
“We don’t take ourselves too seriously,” Pauline said. "The running is just a vehicle for conversation, friendship and respect. We run a little, we laugh a lot.”
The Sanctuary Runners was named as one of the leading solidarity-through-sport initiatives in the European Union by the European Commission in 2019. Focusing on ‘solidarity’ rather than ‘charity’ its only ask of members is their time.
Organisers are hoping running clubs, students, community groups and companies in the local area will support the initiative.