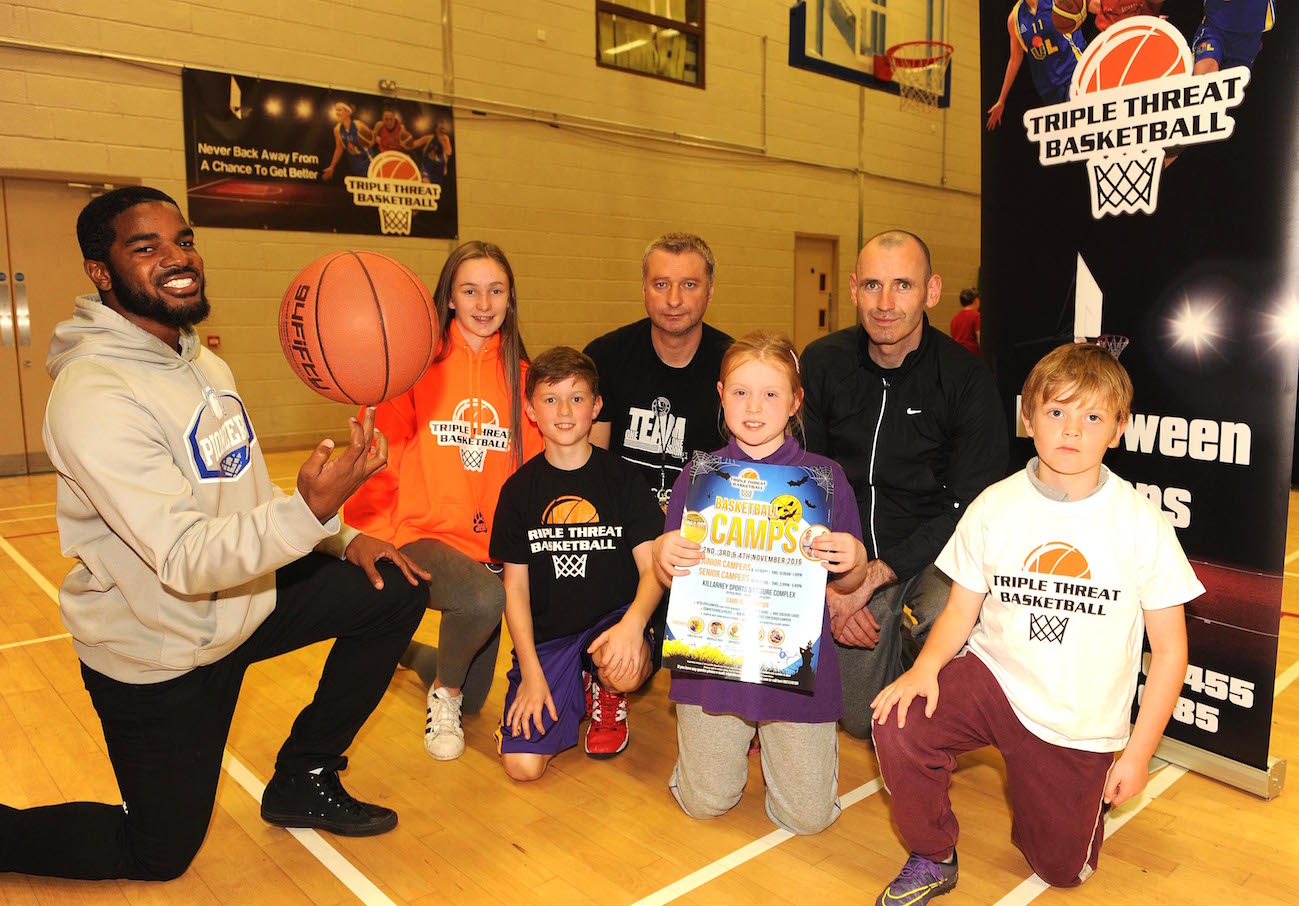 AN ARRAY of high-profile basketball coaches will be sharing their knowledge and skills at a Halloween basketball camp that will take place at Killarney Sports Centre from November 2 until November 4. The annual 'Triple Threat’ basketball camp is the brainchild of well-known Killarney basketball coach James Weldon and it presents a great opportunity for budding young basketballers to work with and learn from some top coaches.

Coaches at this camp include some of the best Irish and international coaches. Former superleague players James Weldon and Ger Noonan are joined by Irish internationals Michelle Fahy and Lorraine Scully along with Rathmore native Jim Hughes.

Muharem Muki Vugdalic is the director of coaching in St Paul's Basketball Club Killarney and has a wealth of international coaching and playing experience.

James Weldon is a FIBA Europe Coaching Certificate (FECC)-approved basketball coach and one of only 300 coaches in the world who have this qualification.

He is a former superleague player with St Paul’s Killarney and coached the St Paul’s ladies team through an impressive stint in the top flight before going on to enjoy incredible success with the all-conquering UL Huskies superleague and national cup-winning team. He coached UL to ten national titles in four seasons and was honoured with the Irish Basketball Coach of the Year award on three different occasions. His talents have also been recognised with his appointment as head coach to a number of Irish teams. James currently coaches Killorglin men’s team in the national league.

Ger Noonan is another familiar basketball name in Kerry basketball circles following his impressive displays with the Gleneagle Lakers during the Noughties. He is also a former player/coach with the Neptune superleague team led them to national cup success and was named superleague player of the year in 2013.

Michelle Fahy is a former Irish International and is widely regarded as one of the top Irish players of all time. Lorraine Scully is an experienced superleague player with Dublin side Killester and has also represented Ireland in the past as well as being team manager of the Ireland U18 ladies team.

These coaches will guide all participants through some challenging and very beneficial skills sessions. Young players will learn new skills and drills and gain a huge insight into the fundamentals of basketball that will help them improve their overall game.

Triple Threat is a basketball term where a player is in position to pass, dribble and shoot on offence. The Triple Threat basketball camp will have daily stations covering all the passing, shooting, dribbling and rebounding skills. Participants will also enjoy three versus three games and five versus five games and be in with a chance to win spot prizes.

A novel attraction at the camp will be the use of the latest basketball technology including the 'Blast App' and the 94Fifty Smart Sensor Basketball. This is a regulation basketball with sensors inside. The sensors in the basketball use of point-of-force technology to record data about your shot and your dribble and then provide data which can be instantly analysed and provide feedback in real time.

Participants will be able to enjoy the magnificent facilities at Killarney Sports and Leisure Centre which boasts two full size indoor basketball courts. The wonderful indoor playing arena is sure to guarantee an enjoyable experience no matter what the weather is like outside.

Places at the camp are limited and have already been filling up very quickly in recent weeks.
Further information about registration is available on the Triple Threat Basketball Facebook page or call or text 087-2907 455 or 085-124 0185.