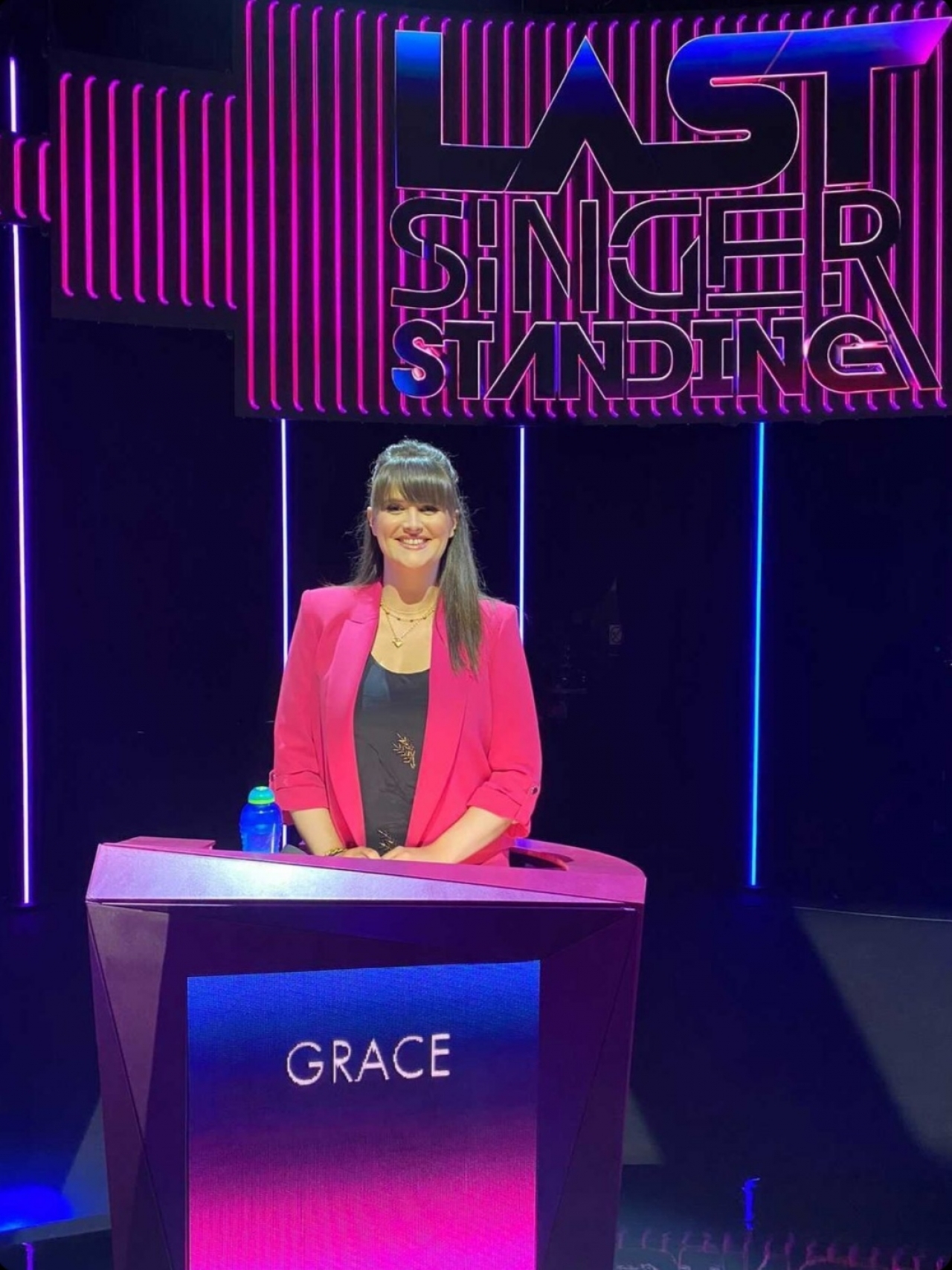 She loves to sing - but will Killarney’s Grace Foley be the last one standing tonight (Saturday) - viewers will have to tune in to find out.

Classical singer Grace from Ross Road will face competition in the new RTÉ One singing competition ‘Last Singer Standing’ beginning at 8.15pm as she tries to get through to the next stage, and ultimately the final - to win €25,000!

The new mom, who had daughter Anna in late April, said she applied to appear on the show, hosted by Westlife’s Nicky Byrne, to one day show her daughter to go for things you love in life.

Her husband John had told her about the new RTÉ show, and before she knew it, she had filled in an application form.

Then she got an email from Shinawil, the production company who came up with the format for the show.

“I was invited to an online interview and, before I knew what was happening, I was on a train to Dublin for an in-person audition! I hadn't left Kerry in years at this point, and my last audition for anything was a very long time ago. I felt scared, but determined to give it my best shot. I got to sing in front of actual humans again and it was wonderful!”

A few weeks later she heard that she was going to be part of the show.

“I was so over the moon. The day of recording was a phenomenal experience. We were treated like royalty and got to meet incredibly warm people including our lovely host, Nicky Byrne. Nicky guided and encouraged us the whole way. Our pop panel included Samantha Mumba, Nadine Coyle and Joey Fantone who were very supportive and gave only constructive criticism.”

She added that the show is not about shame or embarrassment.

“This show is about fun and great singing. I do have to admit, it is a very daunting situation as you don't know what song you could be faced with and you could even end up trying to sing a song you don't know! Will I be brave and press that buzzer on my first show? Only time will tell!”

And, there is a real sense of 'serendipity' to all this, she added.

“Almost 20 years ago I appeared in another Shinawil production, 'You're a Star'. On this show I performed Phil Coulter's song, 'Remember Me, Recuerdame'. Well, I just recorded this song, after all this time, and Phil has shared it and given it his own stamp of approval. I feel that everything happens for a reason and when it should. I am releasing a new album, 'Unmasked', on November 28 and this includes the songs that have been part of my own story this past few years.”

By Con Dennehy With a mix of excitement, drama and impressive solo performances on offer, the Spa/Killarney Handball Tournament on Monday night showcased the best of upcoming talent in the sport. Competitions for Beginners and Advanced players at the magnificent Spa GAA facility has ensured the long term success of the sport in the greater […]

With a mix of excitement, drama and impressive solo performances on offer, the Spa/Killarney Handball Tournament on Monday night showcased the best of upcoming talent in the sport.

Competitions for Beginners and Advanced players at the magnificent Spa GAA facility has ensured the long term success of the sport in the greater Killarney region.

One of the most impressive performances on the night was in the Beginners Category where local star Sinead Moriarty secured a number of electrifying victories to win the overall title.

“This was a very competitive competition. In the opening games Neill Horgan was defeated by Rosin King from Glenbeigh 13-15 with Sinead Moriarty getting the better of exchanges with Bríd Horgan (Spa) 15-8. In the other game Niamh Faulds from Glenflesk lost to Elena O’Donoghue (Spa) 15-10 despite a very brave effort from Niamh,” said Eoin O’Donoghue, secretary of Spa Killarney Handball Club.

“In a pulsating final Sinead saw off the dogged challenge of Elena O’Donoghue 15-11. While Sinead dominated this game, she looked in control and played a brilliant tournament throughout and was a deserving overall winner.”

In the Advanced category there were wins for Evan Enright and Eoin O’Donoghue in the opening games.

Semi-final success for Evan Enright and Eoghan Daly saw them battle it out in a pulsating final with Daly taking the title on a 15-12 scoreline.