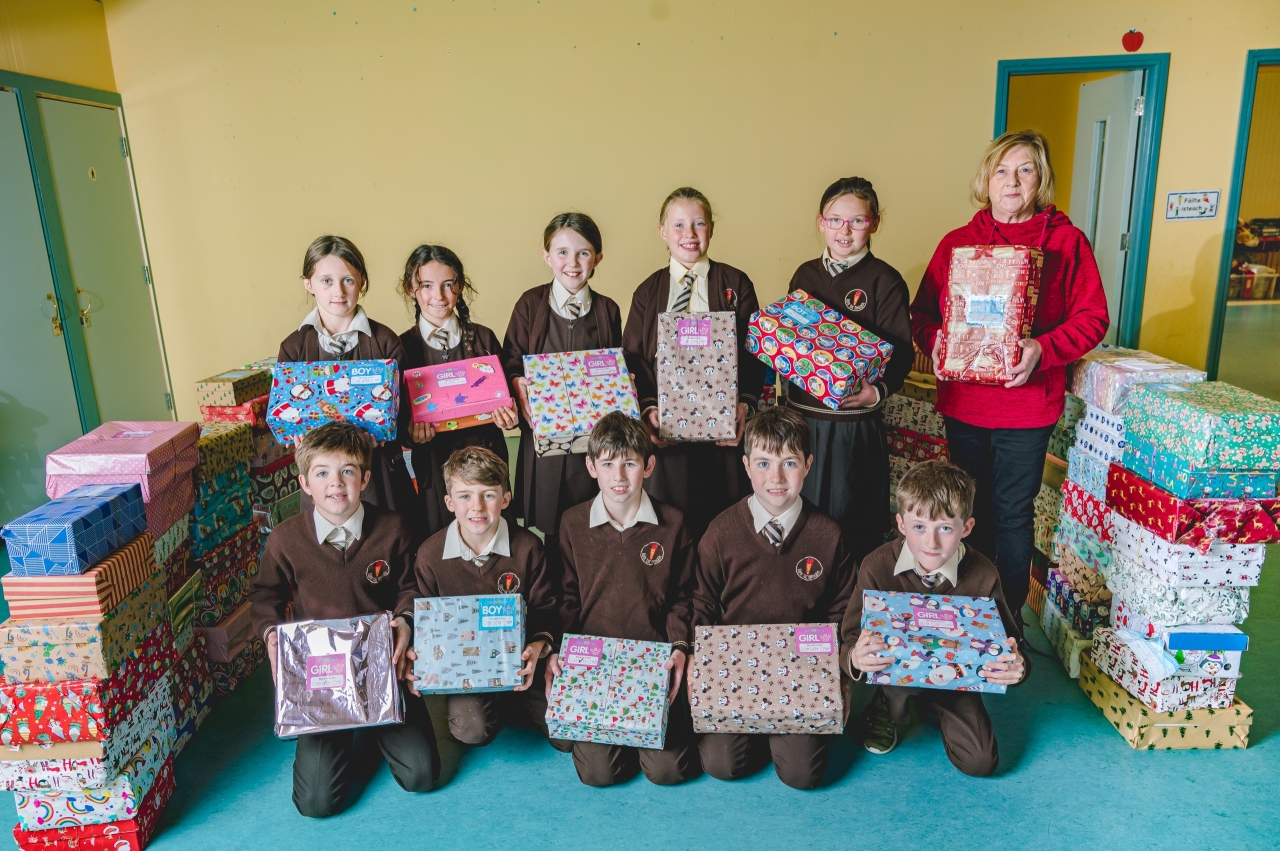 It's that time of year again when kind-hearted locals gather together gifts for children less well off around the globe.

Local volunteers for the Team Hope Shoebox Appeal are working hard putting the boxes together but they're seeking more volunteers to help out.

So far over 200 boxes have arrived at the new check-in centre in O'Connor's Unit on the grounds of St Finan's Hospital, which was the former admissions office.

This week Sheila Rice, co-ordinator for the Team Hope Shoe Box Appeal, visited Lissivigeen NS to collect their boxes and is encouraging everyone to have them ready before the November 14 deadline.

More volunteers will be out and about in the next week or two to pick up the shoe boxes from schools and other community groups. However, locals are encouraged to drop in to the check-in centre to drop theirs off.

Other drop off points include Daly's SuperValu on Park Road, Dealz in Deerpark, The Works at the Outlet Centre, O'Donoghue's Shop Barraduff , O'Brien's Glenflesk, and Hickeys Centra Rathmore.

"We have about 200 boxes so far as a few schools had them done before the Hallowe'en break," Shelia told the Killarney Advertiser.

"I'll be going around to schools, as will other volunteers to collect them. The check-in centre is also open from next week. If anyone wants to volunteer they can contact me on 087 7932482."

Killarney man is Bus Éireann’s Apprentice of the Year