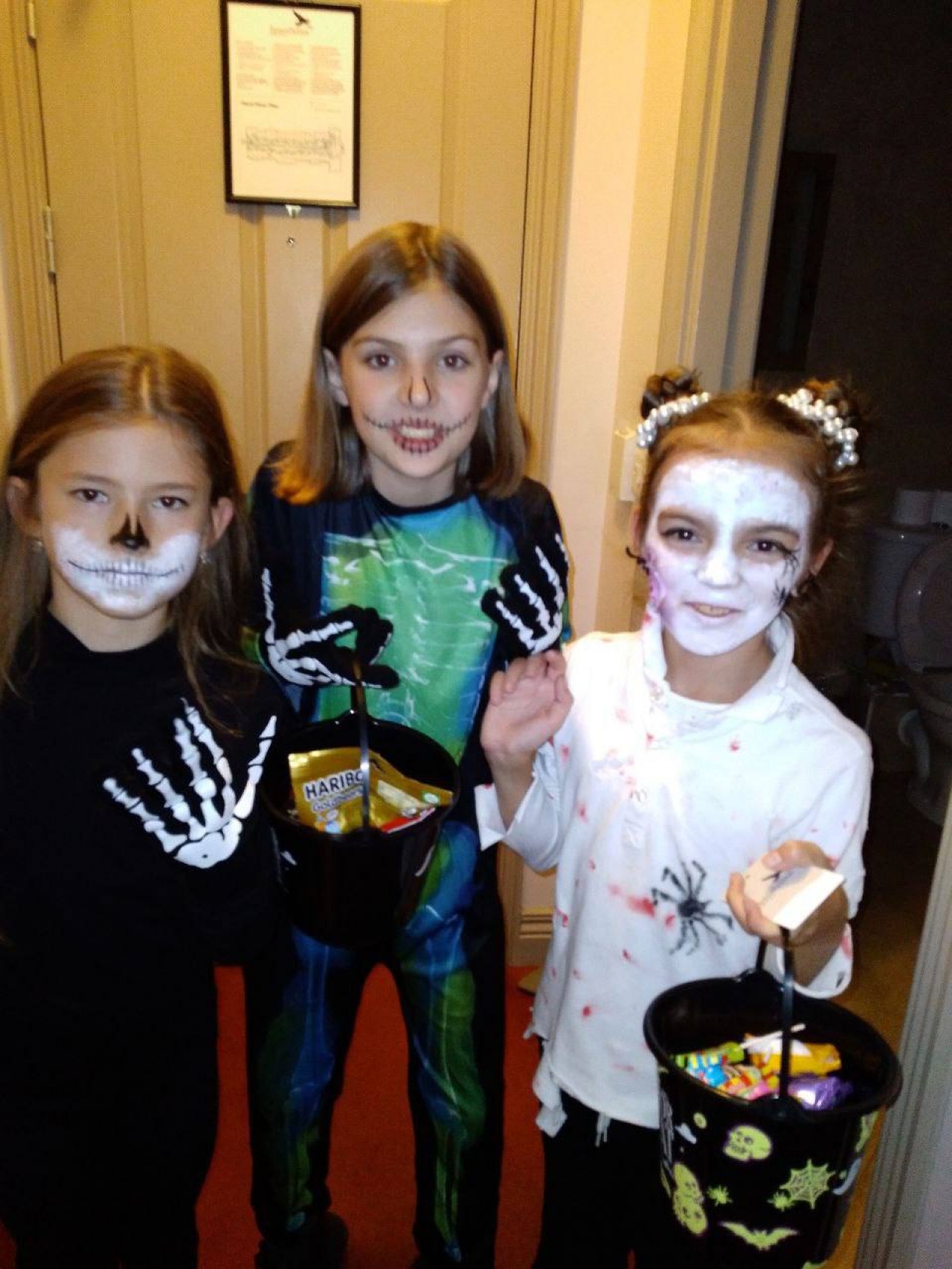 FUN: Having fun for their first ever Hallowe'en were: Amina Halkina Yeva Pashenko and Milana Byrdina. Photo: Natalya Krasnenkova

For Ukrainians, celebrating Hallowe'en is not a tradition. 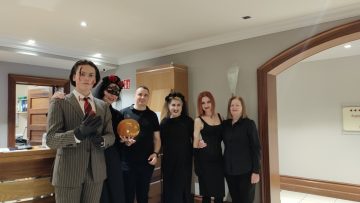 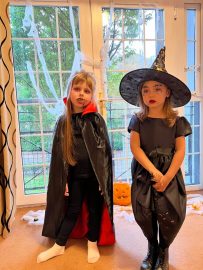 DRESS UP: Fedorchuk Mylana and Bidakh Mariia pictured dressing up for Hallowe'en for the very first time. Photo: Natalya Krasnenkova 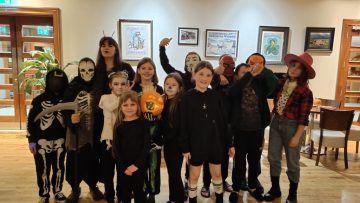 In Ukraine, people celebrate more for Christmas than they do for Hallowe'en. It is then that children change into costumes of biblical characters and go from door to door singing carols and glorifying the birth of Christ. Adults reward children's groups with sweets and money.

“But once we were in Killarney, we couldn't help but join in the celebration of a new holiday for us, this will be our first Halloween, we must spend this evening unforgettable,” thought the Ukrainians from Innisfallen Hotel.

As early as noon on October 31, little Ukrainians in traditional costumes were knocking on the doors of the rooms at the Innisfallen Hotel, shouting "trick or treat"! All the adults were ready and generously gifted the children with sweets. For example, several skeletons, several ghosts, a couple of witches and scarecrows in pumpkin masks knocked on my door during the day!

He not only came up with the scenario of the holiday, made a costume, but also expertly carved the head of the pumpkin monster. In Ukraine, Vasyl worked a lot as a wood carver, so he skilfully performed carving.

“First of all, this is a holiday for children who were torn from normal life in Ukraine. Children are children, despite what is happening at home, in Ukraine, they want holidays. Innisfallen Hotel became a family home, the entire hotel team became family. It was a warm family holiday,” Vasyl, the organiser, said.

Then children, together with adults, held a competition for the best festive costume. No one was surprised that the victory went to all the children. And they were all rewarded with applause and sweets. Finally, everyone together, children and parents, carved pumpkins.

We would like to note that the Innisfallen Hotel was beautifully decorated for the holiday, and for lunch we were served a festive menu, for which we are very grateful to all the staff. Any initiative of Ukrainians, be it children's parties, movie screenings, disco, speaking clubs, always finds support and help in organising it from the entire hotel team. The residents of the hotel are very grateful from the bottom of their hearts to everyone who works at the Innisfallen Hotel.

Students learn all about European politics

Killarney still has that golden touch