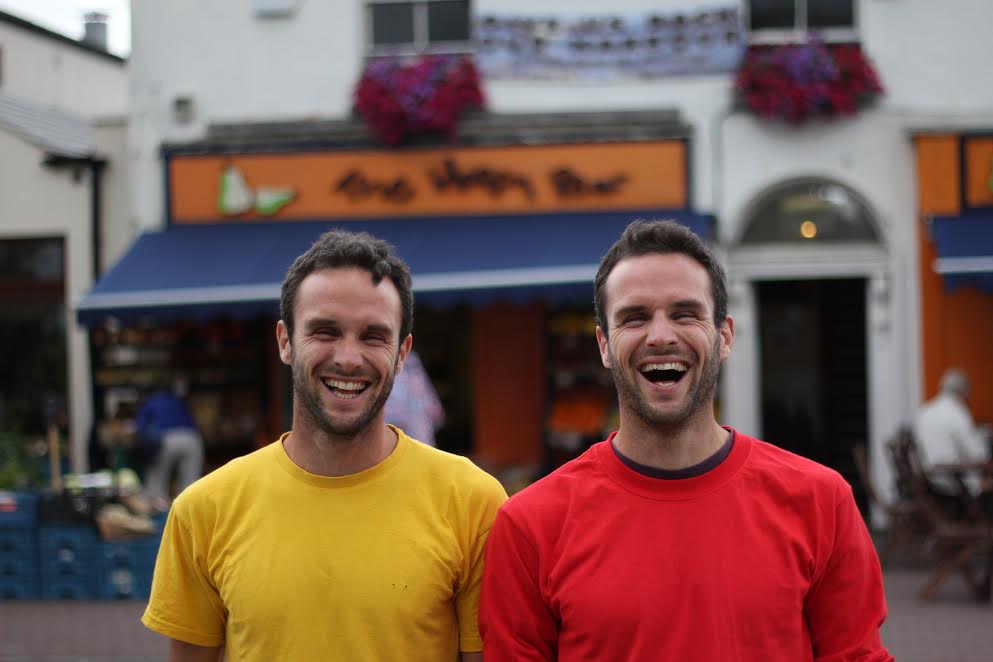 CELEBRITY chef twins “The Happy Pear” will open the 2016 Listowel Food Fair with a cooking demonstration this Thursday, November 10, at the Listowel Arms Hotel. The Happy Pear co-founders, David and Stephen Flynn, are among Ireland’s strongest advocates for eating more fruit and vegetables (whole foods). Speaking about their forthcoming appearance at the 2016 Listowel Food Fair David and Stephen Flynn, co-founders of The Happy Pear and SuperValu Good Food Karma Project ambassadors said: “In partnership with Garvey’s SuperValu, we’re delighted to be taking part this year in Ireland’s longest-running food festival to promote great food. We hope to inspire people to cook more at home and to eat more vegetables and home grown produce, and we’re really looking forward to meeting everyone in Listowel.”

In 2004, David and his twin brother Stephen co-founded The Happy Pear – a little vegetable shop in Ireland with a big dream to inspire people to live a happier, healthier life and enjoy being part of a community greater than themselves. Today they’re renowned plant-based chefs, best selling authors, YouTube hits, Jamie Oliver Food Tube family members, and The Happy Pear has grown into one of the most popular Irish businesses, employing over 100 people.

Their first cookbook (The Happy Pear – recipes and stories from the first 10 years) was on the Irish bestseller list in 2014 and 2015. Their second cookbook The World of The Happy Pear (also published by Penguin Random House) is currently on the Irish best seller list and has been shortlisted for an award in the Irish Book Awards 2016 and the 2016 Listowel Food Fair “Book of the Year” Award of which the winner will be announced this Thursday, November 10, at the 2016 Listowel Food Fair.

Through their popular Happy Heart classroom courses, designed to help people reverse heart disease (Ireland’s biggest killer) and improve their overall health, David and Stephen have supported thousands of Irish people to make healthier eating and lifestyle choices. Additionally, they are popular media contributors, regulars on national TV, and they are currently brand ambassadors for SuperValu’s Good Food Karma Project (to get the nation cooking more from scratch). As award-winning digital marketers, they have an impressive combined social media reach of almost 500,000, and they’ve currently in the process of developing a TV show about a grassroots healthy eating and lifestyle movement.

The Listowel Food Fair Committee would like to thank the various sponsors and festival partners for whom without their support, this event would not be possible each year – An Bord Bia, Kerry Group, Kerry Local Enterprise Office, Ornua, Garvey’s Supervalu, Eno Wines, Dairy Master, Taste Kerry, Flo Gas, Kerry Recreation and Sports Partnerships, Tralee Culinary Gangsters.

Rose of Tralee volunteers with the Hope Foundation in India