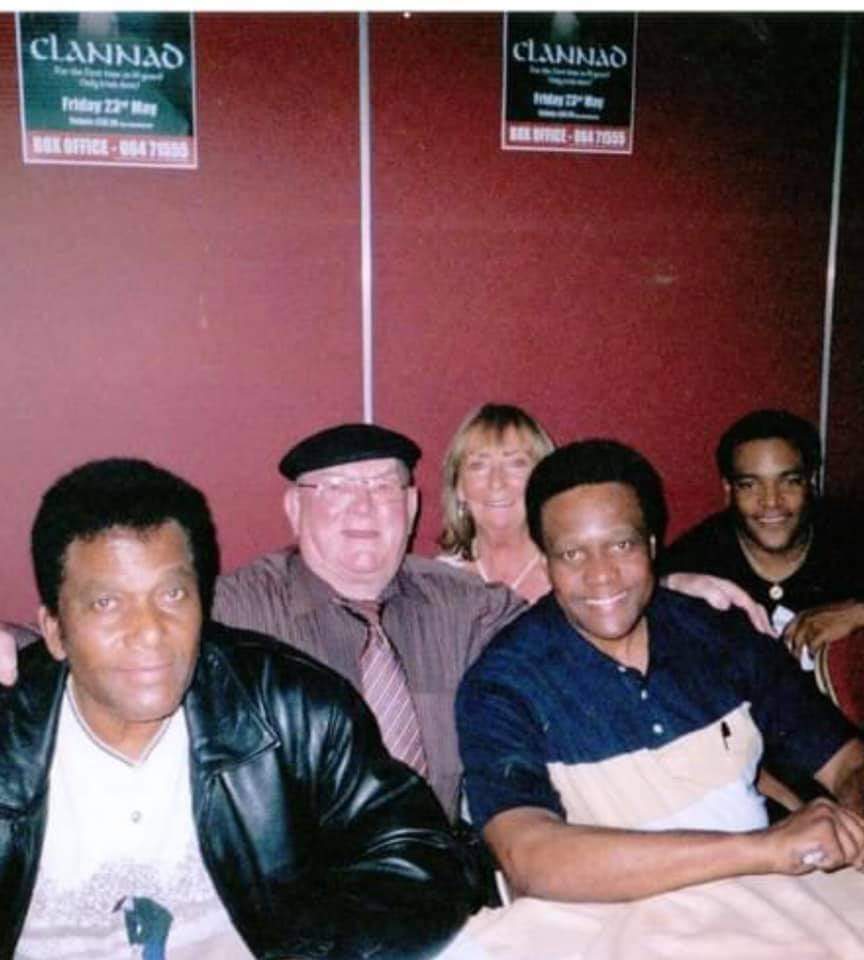 Tributes have been paid locally to country singer Charley Pride who died from COVID-19 complications on December 19.

One of the all-time-greats of country and western music, he was best know for such songs as ‘Kiss An Angel Good Morning’ and ‘Anybody Going To San Antone?’ and recorded 52 Billboard Top 10 Country Hits.

He was a ground-breaking artist and everywhere he went he made history.

He was one of the first black Americans to make it as a country singer during the 1960s when skin-prejudice was still rife, but he joked his way to success by telling an audience in Detroit: “Friends, I realise it's a little unique, me coming out here — with a permanent suntan — to sing country and western to you. But that's the way it is”.

ON THE KILLARNEY STAGE

The Mississippi-born singer and professional baseball player even made history in Killarney.
He was the first international artist to perform on stage at the Gleneagle INEC Arena back in 2000 – the night the now landmark entertainment venue opened to the public and ahead of schedule.

“He had been booked by Jim Aiken of Aiken Promotions to play in The Gleneagle Ballroom as part of his Irish tour. But such was the demand for tickets that our dad Maurice decided to speed up construction work on The GleneagleINEC Arena which was near completion at the time,” Gleneagle Group MD Patrick O’Donoghue told the Killarney Advertiser. “We say he was the first ‘international’ artist to take to the stage because local legend Dermot Flynn performed as Charley’s support that night. Two legends who held Killarney firmly in their hearts.”

That was on March 3, 2000 - but one local man, Dermot Moriarty of Radio Kerry’s ‘Sounds Country’ fame, recalls it like it was yesterday.
“I remember the late Maurice O’Donoghue sitting in the front row, puffing on his pipe. He had a lot to be proud of that night,” Dermot said.

Legendary local politician and TD, the late Jackie Healy-Rae, was there too.

“We tipped Charley off but he got it wrong,” said Dermot. “Charley went on stage and said "I hear we have a congressman in the house – can we put our hands together for Jackie-Ray Healy”. Jackie got a standing ovation for that one.”

The politician and the musician became friends and Jackie was often invited backstage after a show where they both enjoyed conversation and craic.
“His biggest Kerry fan had to be Jackie Healy-Rae who never missed a show. Charley always dedicated a song or two to Jackie and his family,” added Patrick.
Charley often stayed at the Killarney Park Hotel when he was in town and that revealed another trait in his character that was unusual for such a big star.

“I got a call one time from Noreen McSweeney in the Park Hotel and she told me Charley was sitting on his own in the bar if I wanted to come down and meet him,” added Dermot. “But that was so typical, he had no bodyguards or excess hanging off him – he remained a very ordinary man.”

Even in the autumn of his career, Charley Pride never forgot Killarney and included the INEC Arena in his European Farewell tour of 2012.

“Charley continued to attract record crowds right up until his last concert here in 2012. People came to Killarney from all over Ireland just to hear him sing,” Patrick added.

€6k raised in memory of much loved colleague