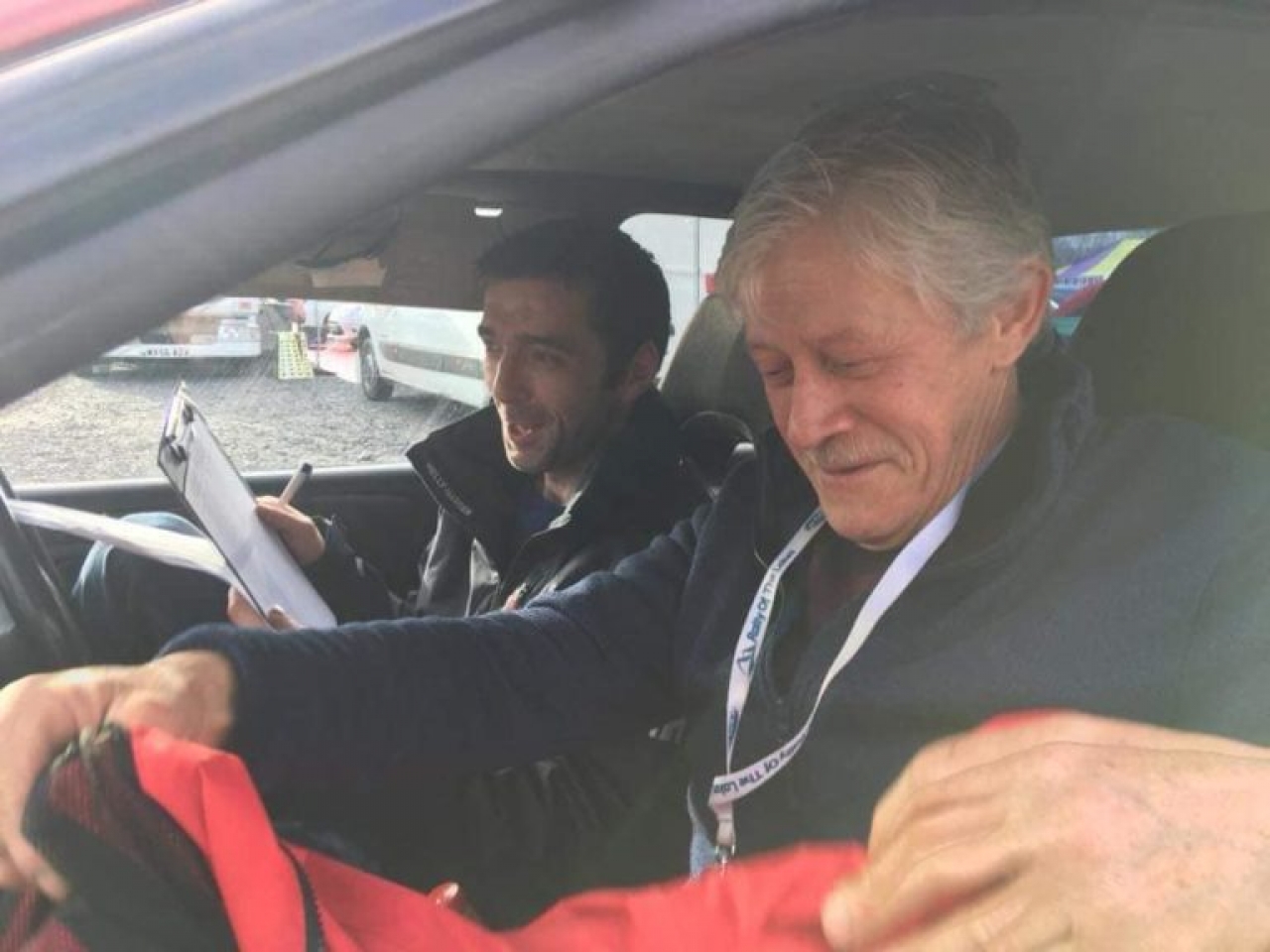 TRIBUTE: John Flynn (right) was a respected and hard-working member of Killarney and District Motor Club.

This is how the popular Barleymount man is being remembered this week by his friends and colleagues in Killarney and District Motor Club.

John passed away on Monday night after a relatively short illness.

He will be very much missed by his daughters Kate and Sinéad, son-in-law Kevin, Sinéad's partner Kevin, granddaughter Isla, sisters Mary (O'Meara) and Sheila (Hickey), mother-in-law and Eithne Tarrant.

His colleagues in the club behind such major events like the Rally of the Lakes and The Killarney Historic Rally will also miss the man who gave so much to local motorsport.

He was unable to attend this year’s Rally of the Lakes in May as he was too sick but the club did not forget him either on the occasion of its biggest event of the year.

Each year KDMC present the sought after Silver Wheel Award to the person who has gone above and beyond in the support of motorsport in the county.

When John Flynn was announced as the 2022 recipient at the event’s prizegiving ceremony at the Gleneagle Hotel in May, everybody present was in agreement that he was a deserving winner.

He is best remembered for two reasons within rally circles. He was always the first man on duty on any given event as he operated the time control at a rally start and he was always the last man to finish in his role as Car Accountability officer.

His dedication to the job meant that Rally Control always had the most up-to-the-minute figures in terms of withdrawals and retirements, crucial information for operational and emergency reason.

His radio call sign "all accounted for” in his soft and gentle tones was reassuring for those in the rally office that needed to know the whereabouts of anything up 160 rally cars at any given moment.

And such was the nature of the job, he was always the last man to finish and always put in the longest shift of any person working on an event.

“In order to start his count with certainty he always insisted on personally manning the first control out of Parc Ferme and throughout the remainder of the rally one could rely on clear accurate reports from the start and finish of every stage, right through to final control and when each successive figure was transmitted, the message "all accounted for" would invariably follow,” his friend and motor club colleague Mike Marshall said.

“John’s accuracy and dependability as Car Accountability was widely recognised throughout the Munster-based clubs and most called on his services in that role for their own events.”

Outside of motorsport he ran a successful plumbing business.

“John started his working life as a milking machine fitter with Westphalia, whose Irish headquarters was then in Castleisland, not far from his home near Scartaglin,” added Mike.

“When Westphalia moved to Cork, John decided to continue on his own in the plumbing and heating sector and the same attention to detail which characterised every aspect of what John took on was evident in the quality of his work.”

Following Requiem Mass at the Prince of Peace Church, Fossa on Thursday morning, John was laid to rest at Aghadoe Lawn Cemetery.

Finalise CAO choices ahead of Change of Mind deadline