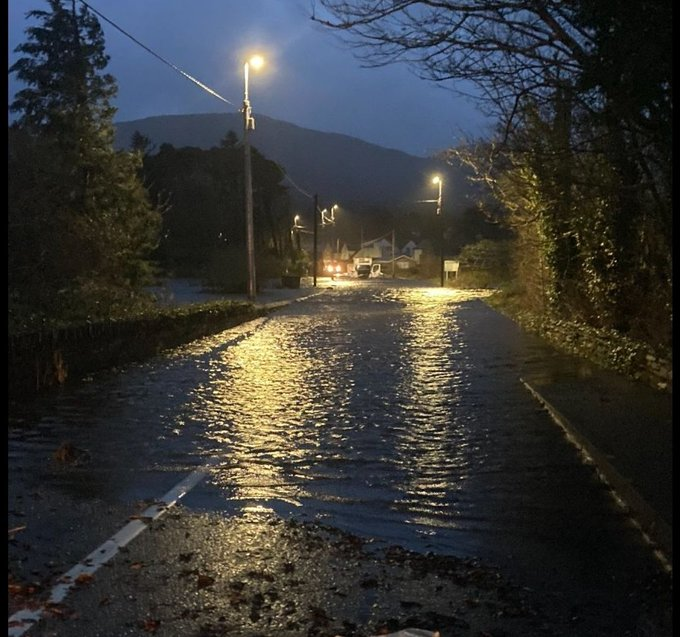 Strom Barra has arrived quite violently across the county this morning causing havoc in some areas.

At 6am the storm made itself known and as a result a number of trees are down and roads flooded.

According to Kerry County Council, there's some flooding at Fossa near the new brewery and it's reported that there is a tree down close to Lough Guitane National School with motorists advised to avoid the area. There is also a tree down at Brookhill, Kilgobnet.

There's currently a power outage in Coolcorcoran which cut out at 6am this morning with 89 customers affected. It's expected that the power will be restored at approximately 1.45pm today.

In other areas, the N71 road is impassable this morning near the Suspension Bridge due to flooding, as well as Pier Road in Kenmare, and trees down on N71 at Gortamullen and on the Roughty Road in Kenmare.

In Tralee, Godfrey Place, Prince's Quay and Ballyard Road are also experiencing flooding which has now receded as pumps were in place since 5am. The road is reported to be blocked at the Ballyroe Hotel near Tralee due to flooding and there's some flooding on the road in Ballylongford village but no properties affected currently.

The road is partially blocked at Minard Castle and there's reports of a tree down 3km west of Killaha on Castletownbere Road.

Kerry County Council’s emergency phoneline for the duration of Storm Barra is 066 7183588. Crews will respond to issues which arise when it is safe to do so.

To check for power outages go to the ESB Networks website: https://powercheck.esbnetworks.ie/index.html