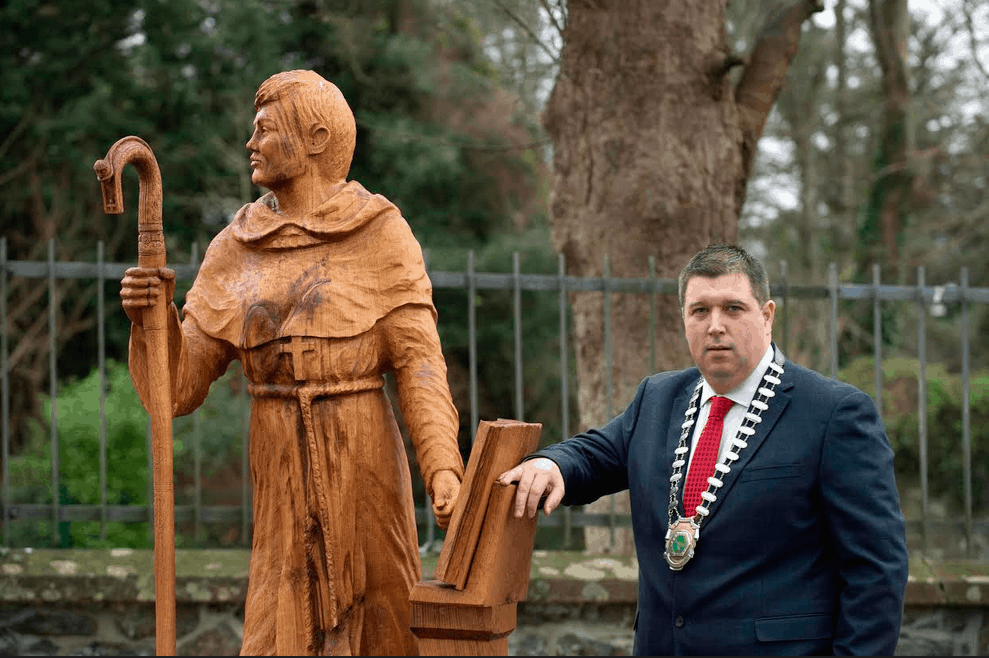 Anybody with information that may help identify what or who caused the fire in Killarney National Park is being urged to report the matter to the authorities immediately.

Killarney Chamber of Tourism and Commerce President, Niall Kelleher, made the appeal this afternoon saying that the “appalling scenes” in Killarney National Park over the weekend have left “a dreadful trail of destruction” and has caused “real upset in Killarney”.
“First-hand reports from those involved in fighting the fires, and photographic coverage and video footage showing large sections of our iconic Killarney park ablaze, have been difficult to digest and the whole episode is extremely distressing,” he said.
“Killarney National Park is the jewel in Ireland’s tourism crown and the impact the fires have had, causing extensive damage to approximately one third of the park, scorching the land and decimating wildlife, including rare and important habitats and species, has been met with shock and dismay by everybody.”
Overall, it is estimated that several thousand acres of the park was burned and it is impossible for anybody that loves Killarney National Park to try to come to terms with such sheer and utter ecological wreckage, he added.
“A number of ancient woodlands were severely damaged and will take a long number of years to recover but at least the magnificent wood at Tomies was protected, thanks to the phenomenal efforts of the emergency service and volunteers. In addition to putting our park and adjoining properties and households at risk, the fires also placed a huge and unnecessary burden on the emergency services who have been the true heroes throughout a very long and difficult weekend. No words of mine can adequately sum up the bravery and dedication of the Kerry Fire Service, the National Parks and Wildlife personnel, Kerry County Council crews, Killarney Water Rescue, Search and Recovery Unit, Killarney Meitheal volunteers, the Air Corps, private helicopter operators and all others who played their part in fighting the inferno,” he said.
DEDICATED
“That they had to leave their homes and families in the midst of a pandemic shows just dedicated they are and how much they love and want to protect our wonderful park. Their commitment was extraordinary, they toiled to the point of exhaustion and we thank them for their bravery and dedication.”
Killarney Chamber of Tourism and Commerce believes that it is imperative now for a full investigation to be launched into the cause of this devastating incident, not only to attempt to discover who was responsible for the carnage but to identify ways to lessen the chances of it ever happening again.
“Whether it was a carelessly discarded match, the remnants of a barbecue or bonfire or a deliberate act of vandalism that sparked the blaze, it appears it was entirely irresponsible and reckless and it shows a disregard not only for nature but for human life. Chamber would urge anybody with any information that may help identify what or who caused the fire to report the matter, without delay, to the authorities.
It should also be remembered that Section 40 of the Wildlife Acts 1976 prohibits the cutting, burning or destruction of vegetation, with certain strict exemptions, from March 1 to August 31. That law is there for a reason and it must be adhered to. As custodians of Killarney National Park, it is incumbent on all of us to work together to find solutions to avoid this happening in the future and, in the meantime, the long-term recovery of our wonderful national park must be the priority.
“Killarney Chamber of Tourism and Commerce welcomes proposals to double the number of rangers in our National Parks and, of course, given the importance and value of Killarney National Park to the country and to the world, it is not unreasonable to expect that the majority will be based here.”
Related Topics:
Up Next