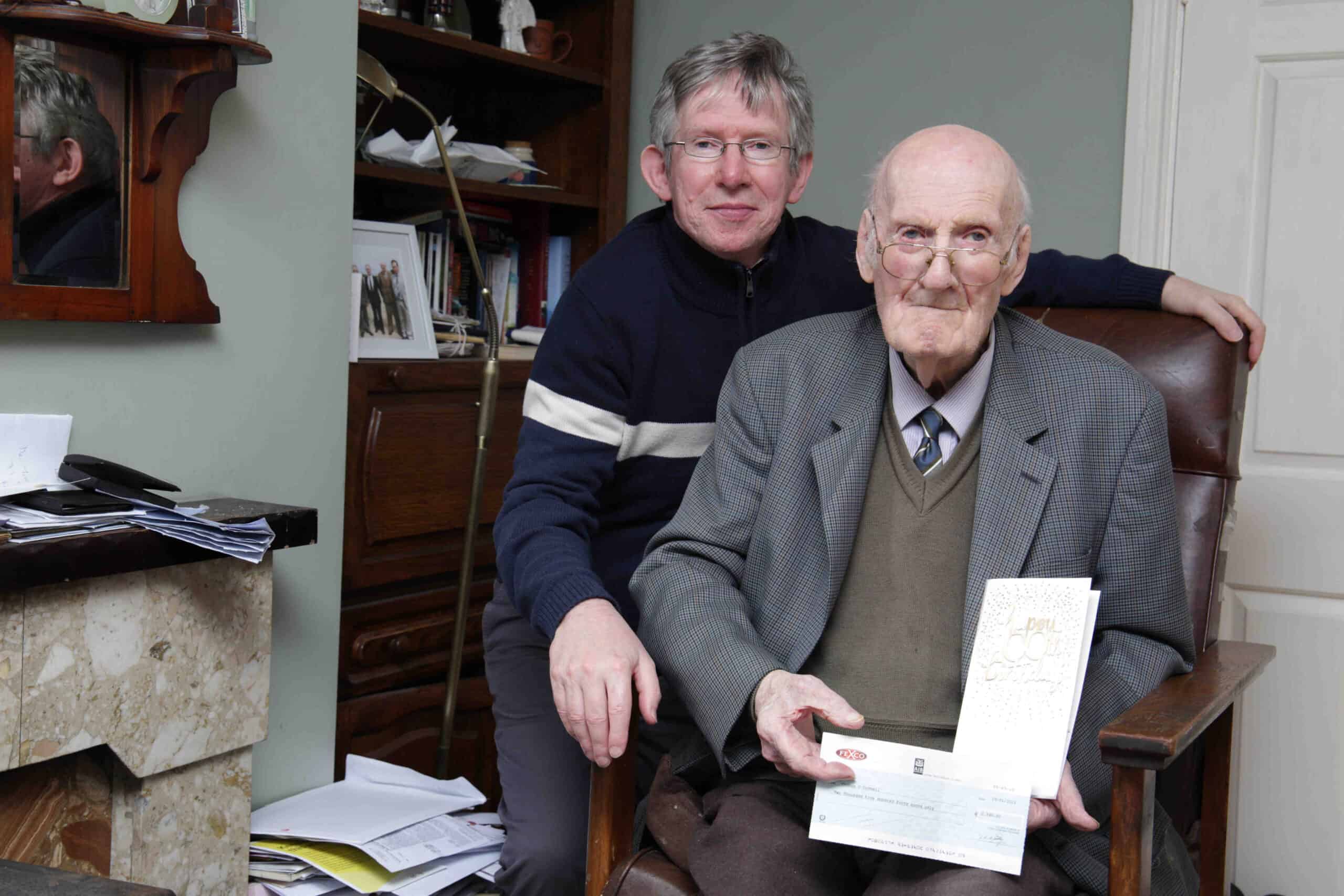 COVID put a halt to any party plans - but that didn't stop Tom O'Connell from Ross Road celebrating his milestone birthday on Wednesday when he turned 100-years-old.

It was certainly a day to remember however, as not only did he receive a cheque from President Michael D Higgins, but also had many calls, cards and good wishes throughout the day. He even had a small celebration with close family, where he enjoyed some a cake and a few drinks.

His own father lived to a great age and passed away just six months shy of turning 100.

And, the secret to long-life is "to take the world easy and not to be doing the fool", he told the Killarney Advertiser.

"I'm usually in bed before 10pm, and enjoy the odd drop of Guinness."

Tom was born in Meelkilly, Abbeyfeale on January 27, 1921. He worked as a manager in Currans Creamery and lived in Currans for 40 years. Then, in retirement, he and his wife Mary, who sadly passed away 18 months ago, settled in Killarney, in Scrahan Mews on Ross Road. The couple have four adult children Ger, Noel, Margaret and Joe, as well as three grandchildren Thomas, Eoin and Maeve.

"I was mad about Killarney, there is just something about it," he said.

Life for the past year has been tough on everyone but for Tom he said that although it means less visitors to avoid contracting the virus, he really hasn't been too bothered about it.

"[COVID], it takes no part in my life. Visitors have had to stay away as the bloody thing is too dangerous."

And asked if he'll take the vaccine, he said he would when it's available.