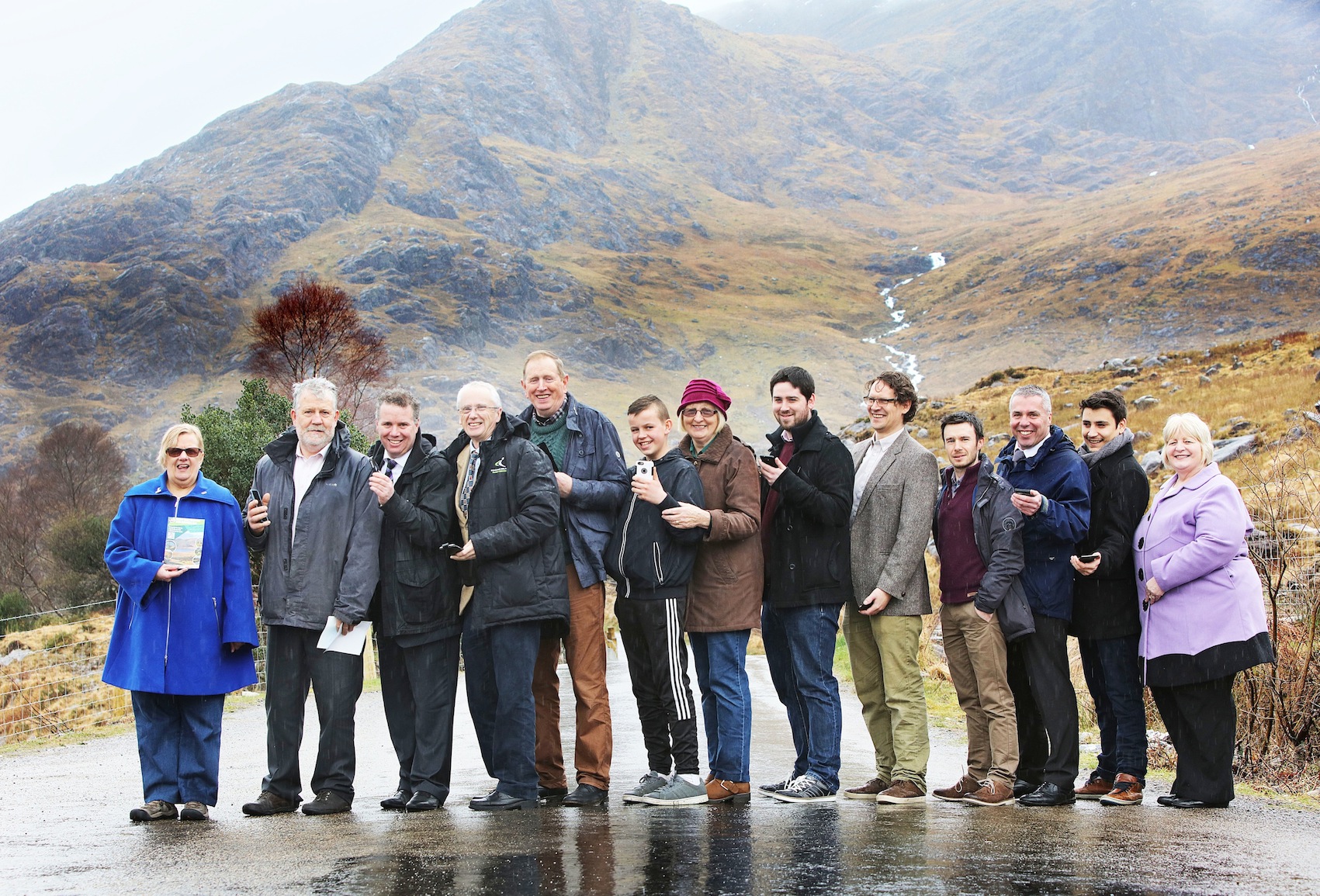 KERRY’S heritage experts have opened a new route to the past as a fascinating app gives a fresh insight to the county’s history, featuring information on more than 20 points of interest along the Kerry Way. The Kerry Way Folklore & Heritage app also includes audio clips of interviews with residents of the Black Valley and Glencar.
It was launched at Lord Brandon’s Cottage in the Black Valley by the CEO of Sport Ireland John Treacy on Friday.
Covering the section of the Kerry Way between Killarney and Glencar, the app has been developed by the Kerry Folklore Committee – Béaloideas Chiarraí – a group made up of representatives of South Kerry
Development Partnership, Kerry County Council’s Heritage Section, Trustees of Muckross and the Department of Social Protection.
The project partnership also involves Fáilte Ireland, Kerry Group, ActiveME and the Institute of Technology Tralee.
Funding support for its development came through LEADER and the INTERREG Rural Alliances project from SKDP, The Heritage Council and Kerry Group.
Béaloideas Chiarraí-Kerry Folklore chairman Johnny Porridge O’Connor said the app would enhance the attractiveness of the Kerry Way to a broader audience. “This app will provide people with a unique insight into the cultural and heritage sites along the Kerry Way walking route while also giving them an insight into what life was like in the region in past years,” he said. John Treacy welcomed the development of the app and said that he also hoped it would encourage many more people to go out and walk the route. “Ireland clearly has an issue with obesity and an initiative such as this that has the potential to get more people out walking and exercising should be greatly welcomed,” he said.
The app is currently available on android and will shortly be available for apple. It can be downloaded through scanning the QR code available on promotional material or going to the supporting website www.kerrywayfolkloreandheritage.com.

Icon’s pilgrimage from Rome to Kerry