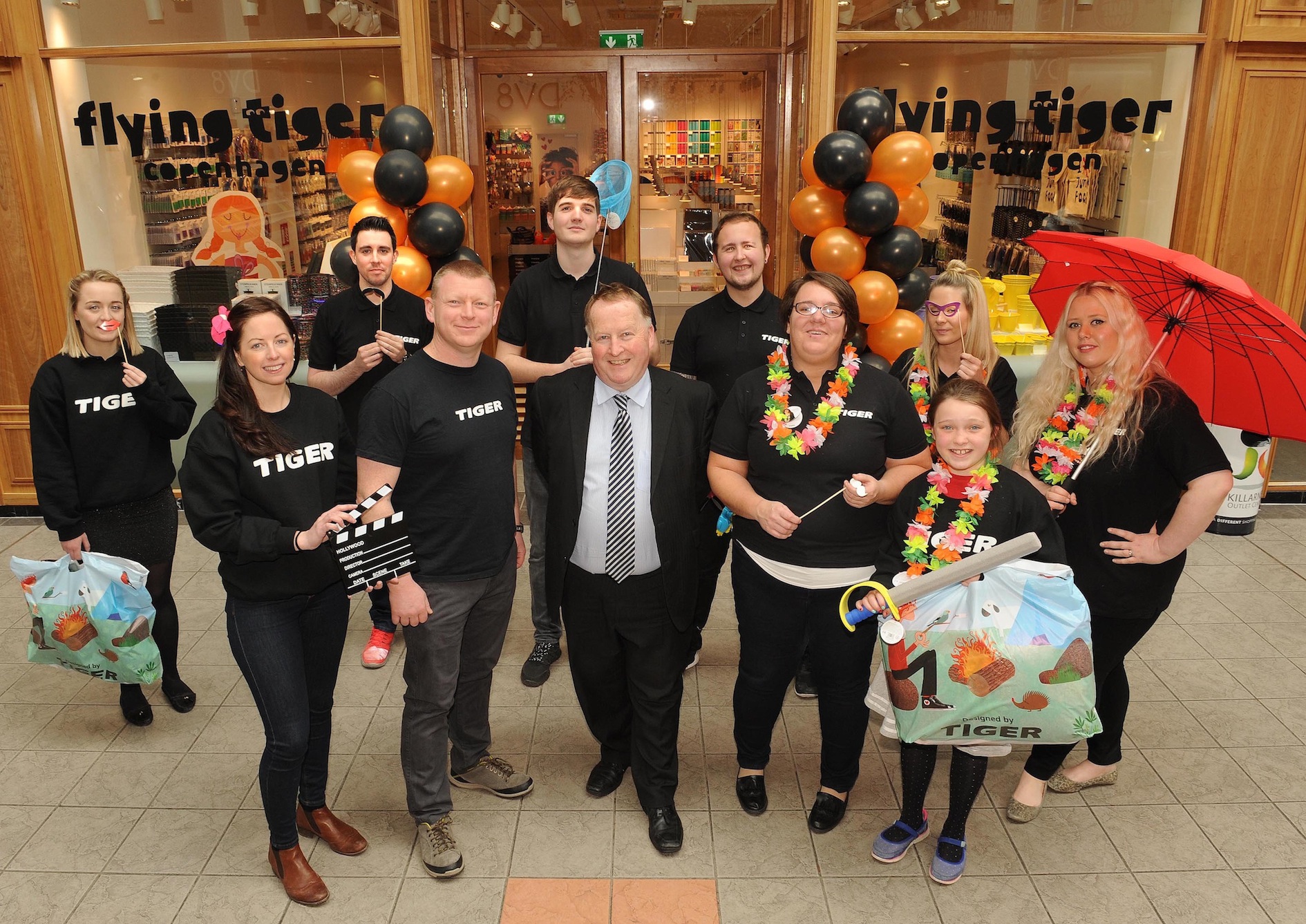 POPULAR Danish brand Tiger has opened its latest store today in Killarney Outlet Centre. Tiger started as a single shop in Copenhagen in 1995 and is today a highly successful international chain trading 613 stores across 28 countries. The company has been through a major evolution and has become a “fun shopping” concept offering a broad range of affordable products with a Scandinavian design. Its stores offer a quirky, ever-changing selection of own-designed items at surprisingly affordable prices with no single item exceeding €30.

Gillian Maxwell and Niall Stringer opened the first Tiger store in Ireland in 2011, and the Danish lifestyle bran, has grown from strength to strength. It now trades from 23 stores including many of the premier shopping centre’s and high street locations throughout Ireland. Tiger has recently been confirmed as one of the finalists in the EY Entrepreneur of the Year 2016 Awards.

The scheme is currently anchored by one the country’s largest Nike Factory Stores and is home to a mix of local and national tenants including DV8, Costa Coffee, Holland & Barrett, Claire’s Accessories, Paco, Leading Labels, The Works, Pavers Shoes and Trespass. Costa Coffee has also recently opened a new concept store in the scheme.

Niamh Sheahan of CBRE stated: “We are delighted to welcome Tiger to Killarney Outlet Centre and look forward to confirming further new store openings in the coming weeks. Stephen Murray of JLL acquired the unit on behalf of Tiger who have plans to further expand their portfolio."

For further information on any retail opportunities in the scheme contact CBRE on 01-618 5500.