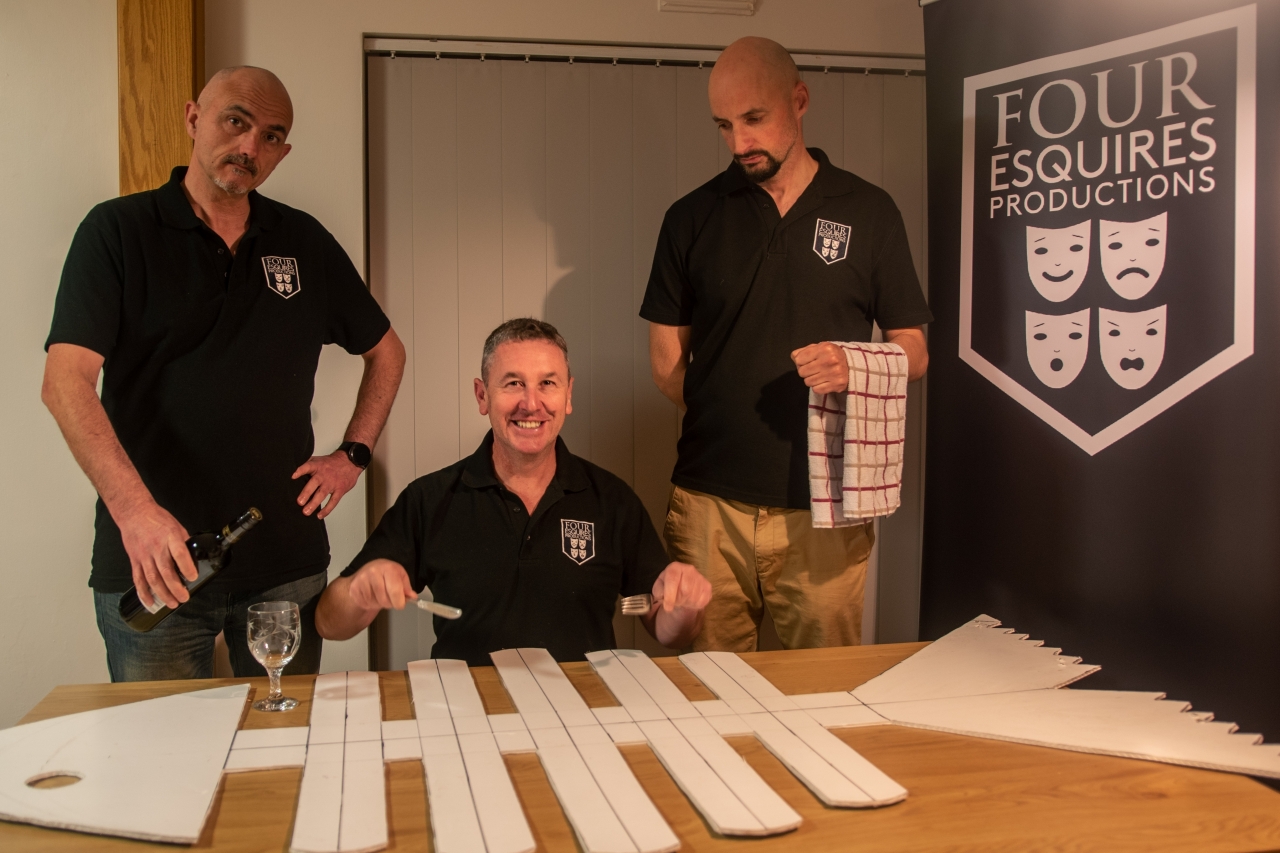 Following on from the successful one night performance in the Gleneagle in May, a local amateur drama group will have an all new series of short plays coming this month.

All three new plays will be shown together each night for three nights.

"Courtneys Bar has long been associated with dramatic events both scheduled and unscheduled," Brian Murphy said.

"From the days of Bricru in the '90s to the current Four Esquires, the building has hosted many varied, innovative and off the wall productions. This year's offering promises a continuation of a long tradition."

Both actors and writers from the West End House School of the Arts will be performing on the night, as well as veteran Four Esquires performers.

The three shorts plays include Paddy Osborne's new ensemble piece 'A Fishy Tale'. Three tropical fish are swimming around in a tank in a pub minding their own business when they get word that there's a new Piranha coming to dinner!

Martin O'Brien's short two hander play 'Heads Or Tales' tells of a chance encounter at a bus stop when a young man asks a stranger about his job - but may regret he ever asked!

Brian Bowler's short play 'Death's Door' is a story of a young couple's conversation on a typical Saturday night which takes a turn into something different.

As capacity is limited pre-booking is advised to avoid disappointment. Bookings can be made by direct message on Facebook to Four Esquires Productions.

Doors open at 7pm with entertainment from DJ Joe O'Deanum. Show starts at 8pm and will run for approx. one hour on Monday November 28, Tuesday 29 and Wednesday 30.

The show will contain adult themes, you know yourself, like talking about relationships, the excessive influence of TV, media and the use of foul language is promised.

"If you wish to brighten a dark November night with something different you could go to the pub ..... or go to Courtney's Bar and see the new Four Esquires Production."

Time to light up to remember loved ones