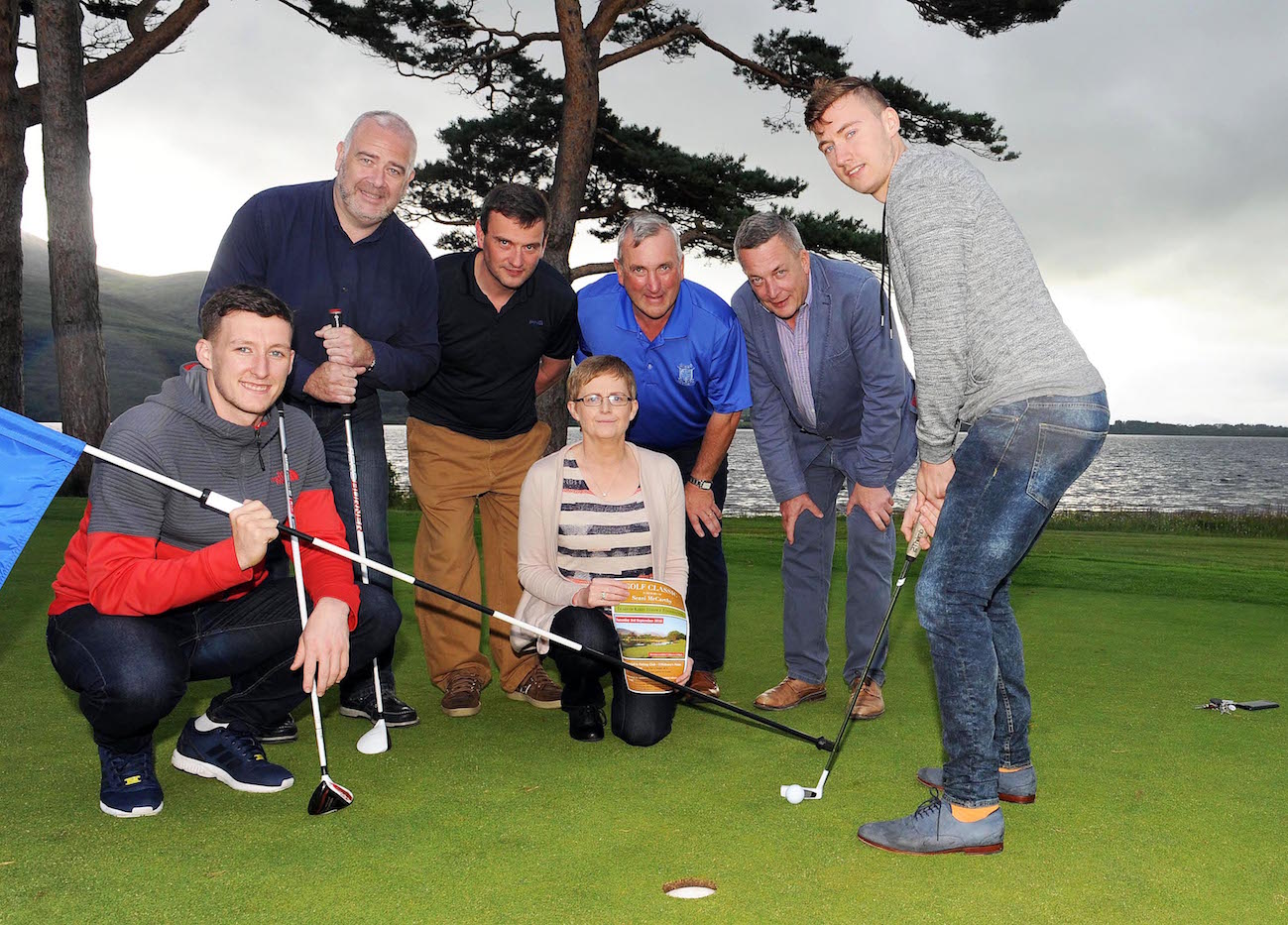 THIS weekend family and friends of Killarney man Seani McCarthy will host a golf classic in his memory. To launch the event, which takes place at Mahony's Point, Killarney Golf & Fishing Club this Saturday, September 2, they joined forces with Kerry football stars Brian Kelly and James O’Donoghue.

Seani, who passed away after a short illness, borne bravely, in September of 2015, was a keen golfer and member of Killarney Golf & Fishing Club.

Now Seani's friends and his wife Margaret have come together to raise funds for the Kerry Hospice Foundation. “In doing so, we decided that it would be a fitting remembrance to hold the golf classic in memory of Seani and contribute to the great work of this Kerry charity,” said Seani’s friend Brian Moriarty.