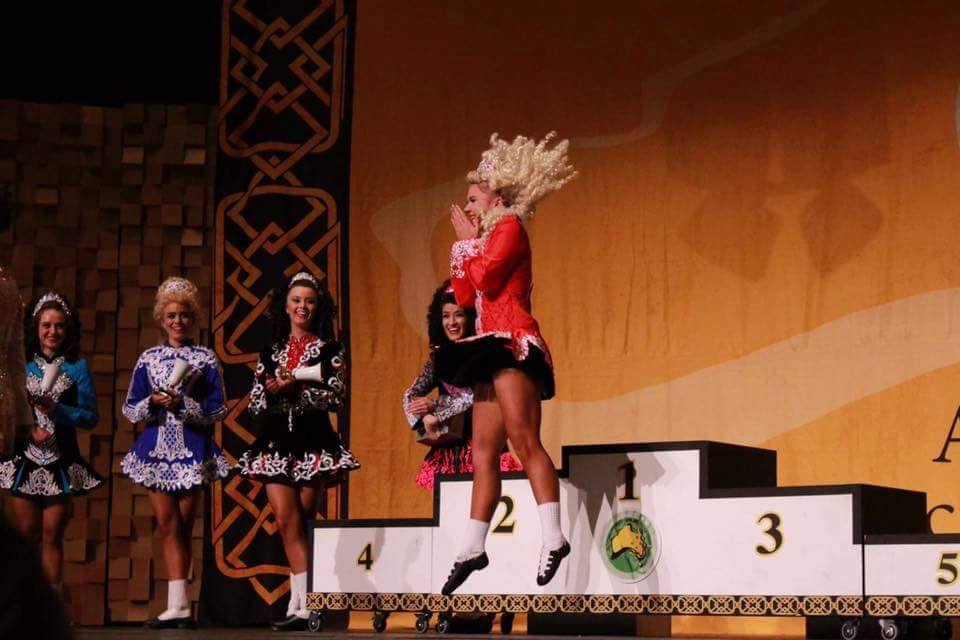 Chloe Peirce who won the Australian Irish Dancing Championships at the weekend. 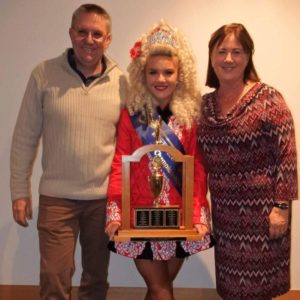 Chloe Peirce with her mum and dad Tony and Breeda.

A MOTHER-AND-DAUGHTER with strong Killarney links have reeled in plaudits at the Australian Irish Dancing Championships.

Chloe Peirce, 19, was jumping for joy when she won the championships, which were held in Hobart, Tasmania, at the weekend.

Chloe is a pupil of Scoil Ard Rince in Brisbane which is run by her mother Breeda Peirce (Horgan) who is from St Brendan's Terrace, Killarney.

Breeda has been teaching dance in Australia for 25 years now and her school is one of Australia's leading Irish dance schools. "The championships move from state to state around Australia and run over six days with over 1000 dancers competing," said Breeda.

This was Chloe's sixth national title to add to her 11 Queensland State titles. This also qualifies her to compete at the upcoming world championships in Dublin next Easter with 16 other dancers from the school who have also qualified.

Chloe was also one of the dancers to receive a bursary to help offset the costs. "The school hopes to bring a number of dancers to Dublin in 2017," said Breeda.

Chloe had trained in Killarney with her aunt, Breeda's sister Norrie Sheehan, and Aine Murphy from the Sheehan Murphy School of Irish Dancing which greatly helped in her title win this weekend.

"The dancers are very excited to be returning to Ireland for the world championships as it's the first time they are back in Ireland in five years," said Norrie.

Interest in Irish dancing in Australia continues to intensify, added Breeda. "Scoil Ard Rince has grown from a small school run as a hobby to now having almost 100 pupils in the Brisbane area through to the Sunshine Coast," she said.

"With increased emigration from Ireland there are more Irish families looking to continue the culture and the school also offers a fun and fitness adult class called Reelfit."

Twenty-one of Scoil Ard Rince's dancers also placed at the nationals with five other dancers with podium finishes. "All Ceili teams also placed highly at the championships at the weekend which were all in all a very successful championships," said Breeda.

Breeda is also an adjudicator and examiner and judges Irish dancing competitions all over the world.