KERRY parents are being invited to put on their walking shoes for premature babies with the launch of a very special walk to raise funds for the Neonatal Unit at Cork University Maternity Hospital.

Abby and Seamus O’Leary from Ballymakeera, Co Cork, who have family in Kilgarvan, last week celebrated the first birthday of their twins, who have had a difficult year after being born at just 28 weeks.

The family are hosting a walk at the Top of Coom on March 19 to say thanks for all the support they received since the birth of the twins and to say a special thanks to the Neonatal Unit at Cork University Maternity Hospital.

Abimay and Gerard were born on February 25, 2016. Gerard weighed only 1lb 11oz while Abimay was 2lb 6oz when they came into the world over three months early.

Due to complications with the pregnancy and fears that baby Gerard would not survive a decision was taken to induce Abbey at just 28 weeks.

“We were told at 25 weeks that Gerard may not make it so for the next three weeks I went for a scan twice a week to see was he and his twin both alive.”

“It was such a traumatic and difficult time. We didn’t know what would happen,” recalls Abby.
Following their birth the twins were immediately rushed to the neonatal unit at Cork University Hospital.

“It was terrifying when they were born. They were so small and we didn’t even know if they would survive. ”

The twins, who both suffered from heart conditions and underdeveloped lungs, remained in the unit for almost three months before they came home.

During that time Abby and her husband, Seamus, who also have a 14-year old daughter, Monica, spent every moment with their new additions to their family. Abimay was allowed home after 10 weeks and Gerard after 13 weeks.

Last week the twins, who have since both undergo heart surgery, celebrated their first birthday and are looking forward to a bright future.

Having seen first-hand the care at the neonatal unit the couple now want to give back to say thanks for all the help they received.

More details can be found on the Facebook event page Tiny Steps for Preemie Babies.

Eileen Creedon, Abby and Seamus O’Leary and their twins, Abimay and Gerard and daughter, Monica.

Meeke and Nagle survive late scare to triumph in Mexico

Dermot & Dave are looking forward to their Killarney date

Local soprano Mary Culloty O’Sullivan has released her second self-penned single. Following the success of her debut song ‘Forever and a Day’ which was released on July 16 and was aired on radio stations all over the world and on streaming platforms like Spotify, YouTube and iTunes, her second single was released last Friday. ‘Before […] 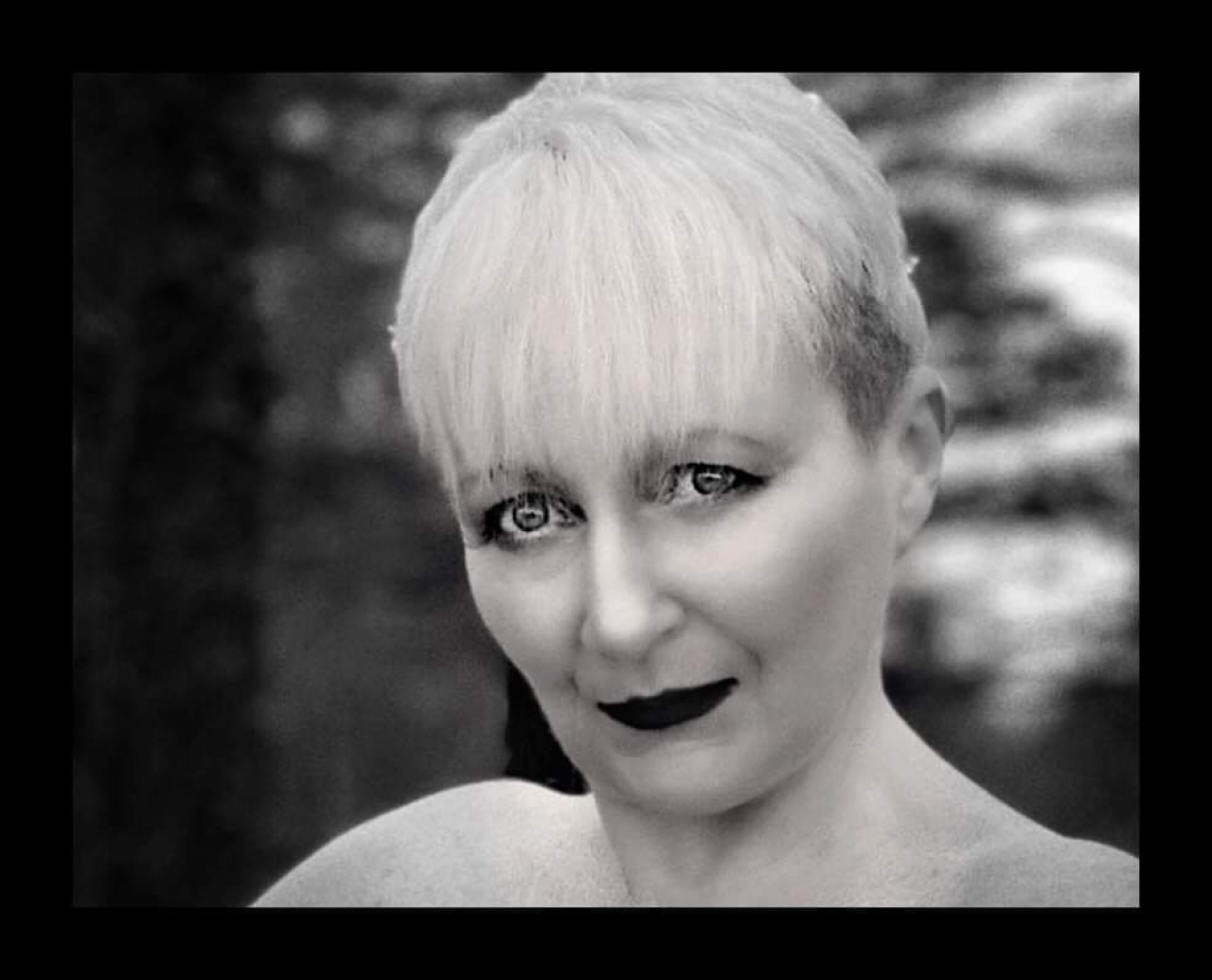 Following the success of her debut song ‘Forever and a Day’ which was released on July 16 and was aired on radio stations all over the world and on streaming platforms like Spotify, YouTube and iTunes, her second single was released last Friday.

‘Before You Leave Me’ has a Jazz influence. Mary has been writing her own songs since March this year covering several different genres.

“Tony O’Flaherty of Sonas Studios has brought my songs to life and I am delighted with the production on the songs,” Mary told the Killarney Advertiser.

The event is free, open to all ages, levels of fitness and is both wheelchair and buggy friendly.Kerry Recreation and Sports Partnership are calling on you, to get out and #BeActive as part of European Week of Sport 2021, which runs from September 23 to 30. Sport Ireland, the national coordinating body for European Week of Sport in […] 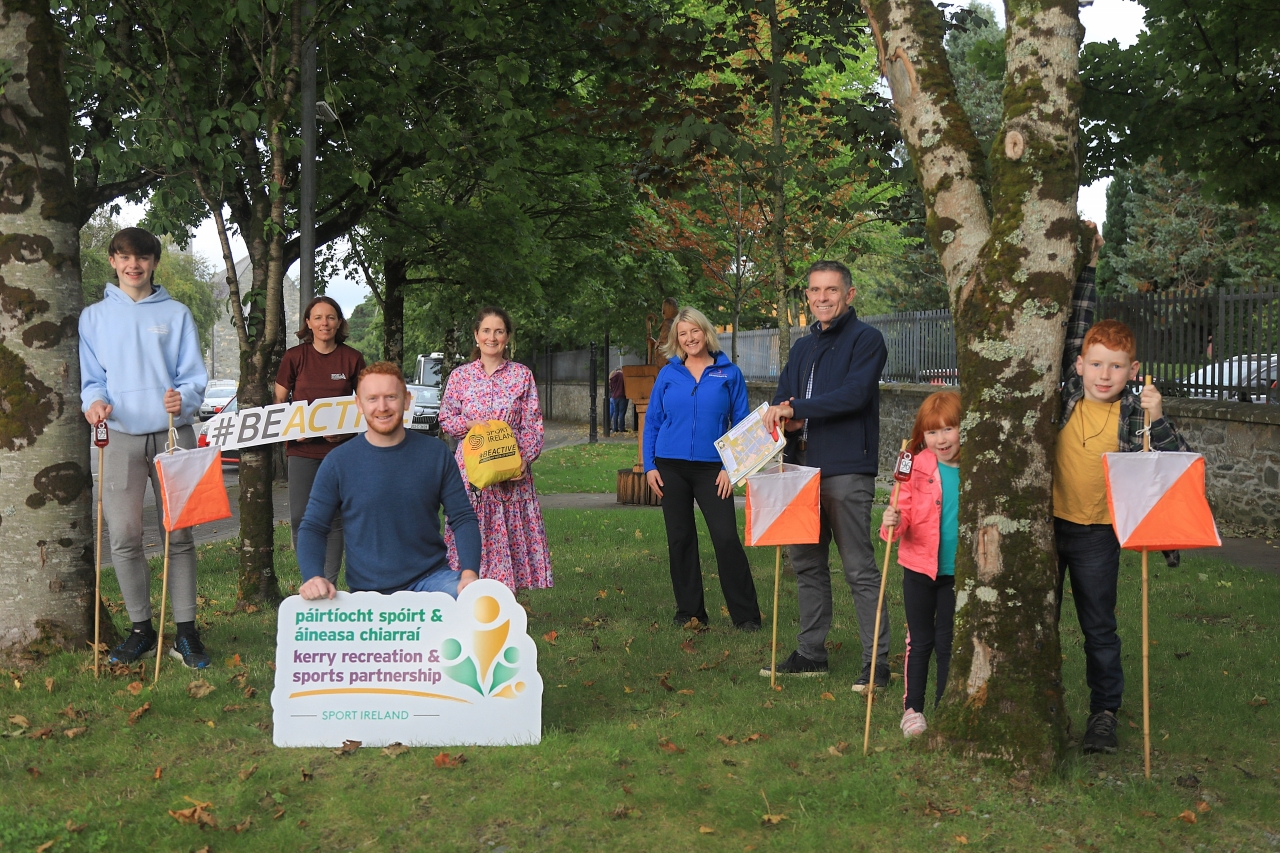 The event is free, open to all ages, levels of fitness and is both wheelchair and buggy friendly.
Kerry Recreation and Sports Partnership are calling on you, to get out and #BeActive as part of European Week of Sport 2021, which runs from September 23 to 30.

Sport Ireland, the national coordinating body for European Week of Sport in Ireland hope that this year’s event will inspire even more people than previous years and has funded multiple flagship as well as local events run by the Network of Local Sports Partnerships, including this ‘Family Street Orienteering Kerry’ event.

“This free event looks to offer everyone an opportunity the get out and be active and maybe try something new,” Gearóid O Doherty, the Coordinator of Kerry Recreation and Sports Partnership said.

“Urban Orienteering is an activity that you can do on your own or with your family and friends. You get to challenge yourself a little and still go at a pace that suits you – and what a beautiful location to do it all in, Killarney town!

“With many people possibly new to the Kerry region, be that through work, college or otherwise, this is an ideal way to get involved in the community and explore the streets and lanes of Killarney in a fun and active way.”

The Kerry Orienteers Club have designed the courses for this event and are looking forward to the excitement of it all and helping those new to the sport to continue taking part in the months and years that follow.

“We know that, for a lot of people, this will be their first time trying orienteering, but they can rest assured, as we will be there to talk them through it and help them out if needed,” Brendan O’Brien from Kerry Orienteers said.

“If it is something they want to try again, we can signpost them to other events, both locally here in Kerry and indeed nationally. Orienteering is a fantastic sport that allows you to build your skills and confidence, with all events having a variety of routes to cater for all levels.”

To cater for physical distancing and government guidelines, there are several staggered start times for participants to choose from, beginning at 6pm and the last group heading off at 7.30pm. With free t-shirts for all who sign up and additional workshops onsite, from the likes of Leave No Trace Ireland, it is sure to be a fun and vibrant evening, all stemming from the start point at ANAM – Killarney’s Arts and Culture Centre.

Places are limited for this event. Free online registration is available and those looking to attend are encouraged to book their place early to avoid disappointment.

For more information, you can visit any of the Kerry Recreation and Sports Partnership social media accounts or go to www.sportireland.ie. 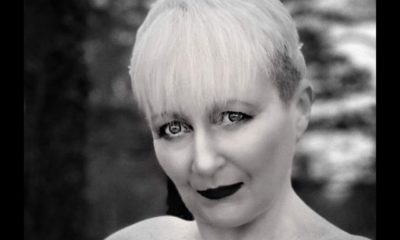 Local soprano Mary Culloty O’Sullivan has released her second self-penned single. Following the success of her debut song ‘Forever and... 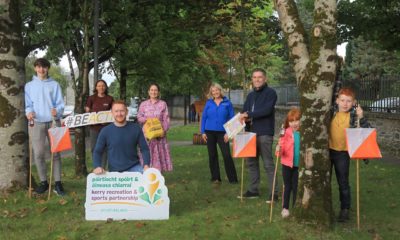 The event is free, open to all ages, levels of fitness and is both wheelchair and buggy friendly.Kerry Recreation and... 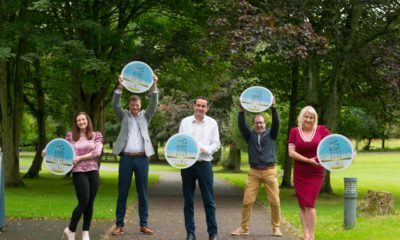 A programme of free events for the 2021 Kerry Mental Health and Well-being Fest, taking place next month, has been... 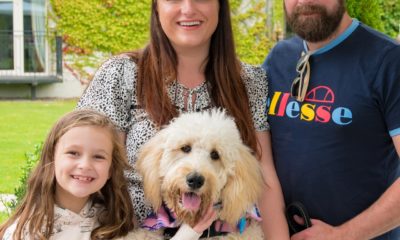 Feel-good factor at the Great Southern

Feel-good cheer abounded as the employees of the Great Southern and Killarney Royal were joined by their families for an... 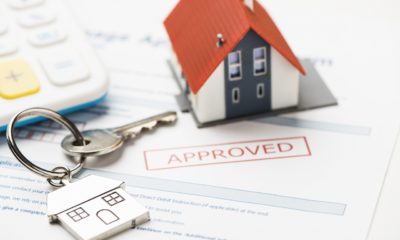 By Ted Healy of DNG TED HEALY Once your mortgage application is approved, you should look for mortgage protection cover...