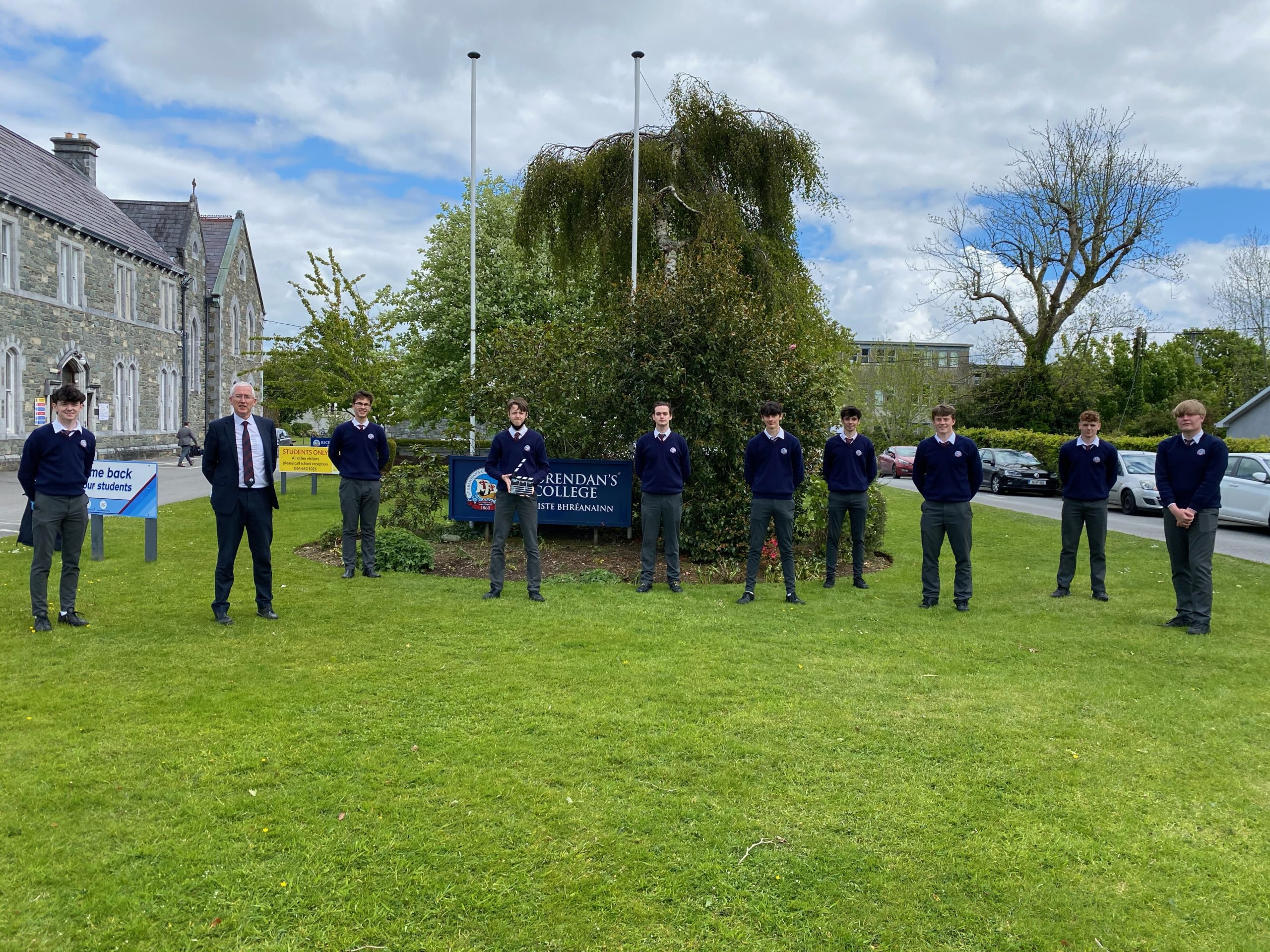 A thought-provoking nine minute long video made by local students to share their lockdown experience has won a Youth Film Festival award.

"We were delighted to hear this and we're very thankful to all those who helped us make this film a reality," Fifth Year student Kacper Bogalecki told the Killarney Advertiser.
During last year's lockdown, the then group of TY students got together in hopes of making a thought-provoking film to answer the question, "Would it be ethical to return to how things were before COVID-19?".

"We met twice a week on Zoom for many months where we shared our lockdown experiences and simply used this moment to have a little chat. We wanted to get something done towards the end of our TY programme, and perhaps undertake a meaningful project. I think during lockdown we all had a chance to reflect on our lives and become more aware of what's going on around us."

Cognisant of the major on-going world problems which were present before the pandemic struck, he said that they wanted to bring the viewers' attention to these issues and why fundamental change is needed.

"With the help of Kerry Filmmaker in Residence, Mieke Vanmechelen, and our teacher Niamh Sheehy, we created the film titled, 'The Sem Film Project' highlighting the effects of climate change, war, and of course, the ongoing spread of COVID-19," he said.

"Through our film, we also wanted to illustrate the value of solidarity and the importance of community spirit by documenting our daily lives whilst living in isolation. Moreover, we hoped that our film would serve as a diary of how, and what young people were doing at the beginning of the pandemic when we were all first thrust into the new normal in which we live today."

The film can be watched on YouTube by searching 'The Sem Film Project'.

“Cycle for us we need a bus” – school appeals for funds

“Positive step forward” for St Mary of the Angels