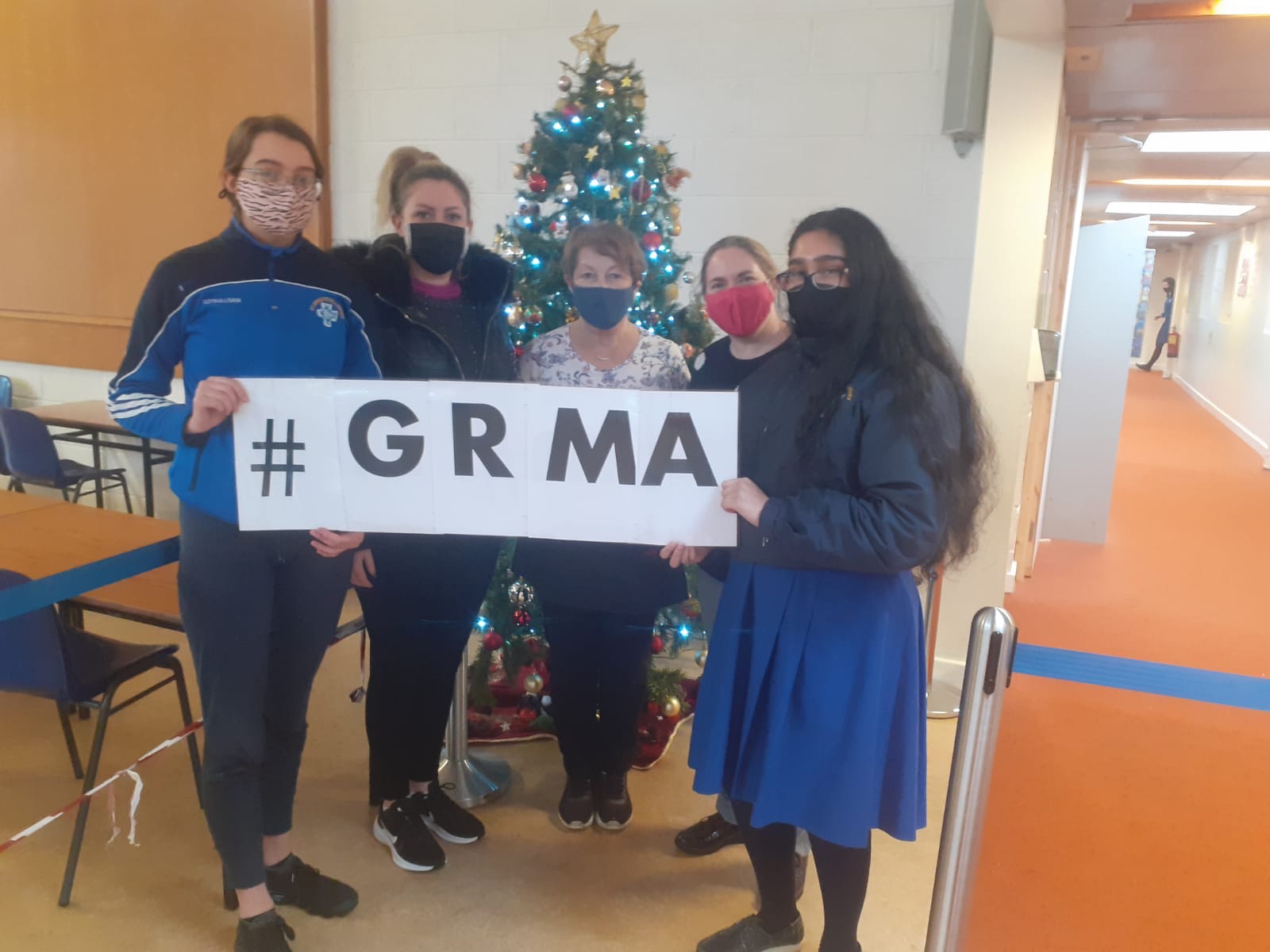 The school community at St Brigid’s recently paused and said #GRMA "Go raibh maith agaibh" to everyone in their school community who has worked so hard to keep school safe since it reopened last August.

This included students, teachers, principals, parents, SNAs, caretakers, bus drivers and everyone in between!

"We wanted to celebrate the enormous work that all members of the school community have done since we reopened this year to continue to keep our school open and in keeping everyone safe at the same time," teacher Carol O'Dowd said.

#GRMA Day was part of a nationwide initiative by the ISSU (Irish Secondary Student Union) and all schools were invited to join in the celebrations.
As part of the day, a video of collective acknowledgement was aired from Ireland's political leaders, media and sports personalities. The President of Ireland Michael D. Higgins led the tributes, followed by An Taoiseach, Micheál Martin, Minister Simon Coveney, Ryan Tubridy, Paul O’Connell and even Dustin the Turkey made an appearance!!

"Well done to everyone involved."