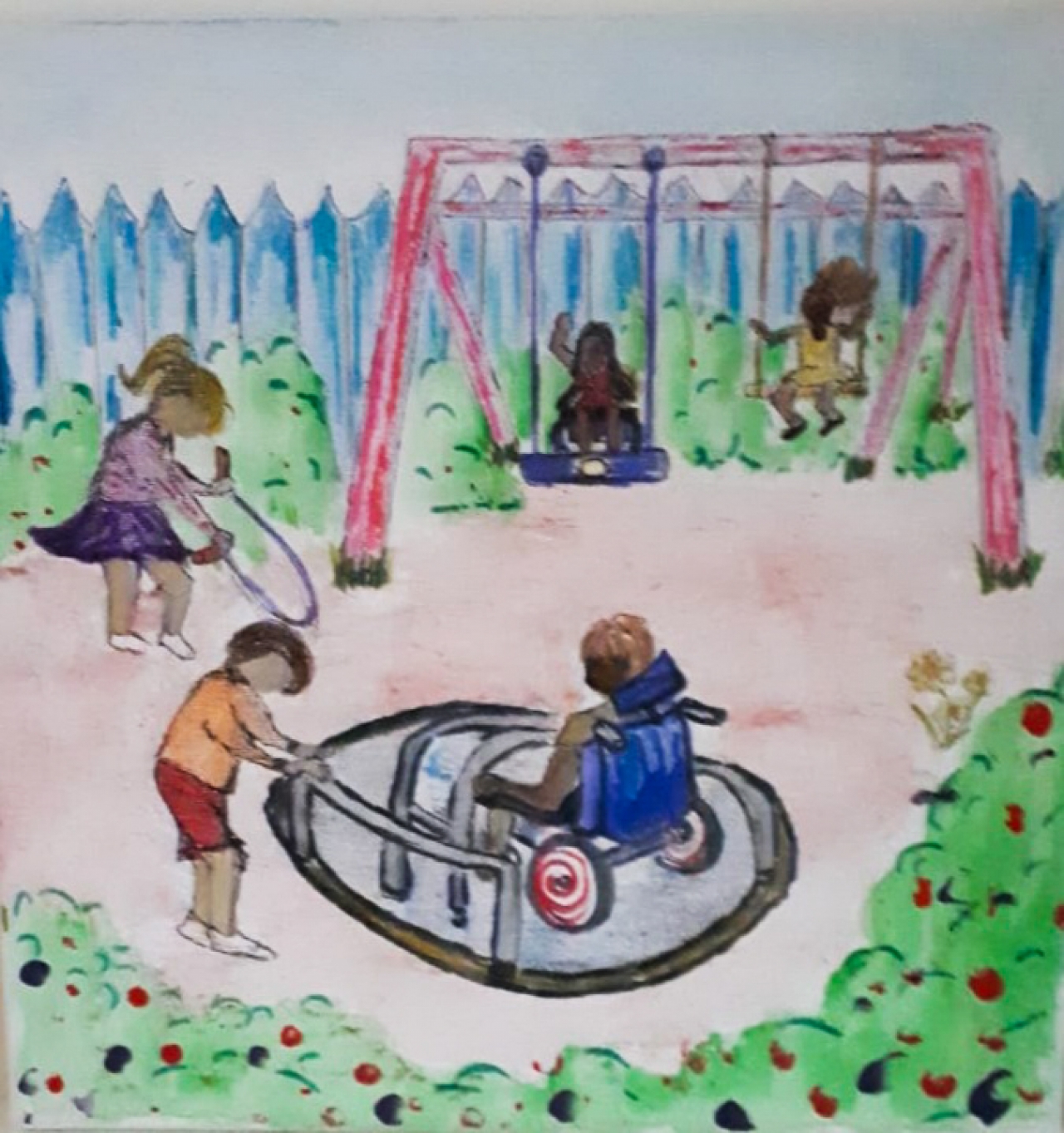 ENTRY: This arty entry secured an award for pupils from St Francis Special School in the prestigious 'Someone Like Me' national art competition.

St Francis Special School has been named one of the County Winners in the prestigious 'Someone Like Me' national art competition.

Scoil Naisiúnta Naomh Eirc near Ardfert and St Francis Special School were named Junior and Senior County Winners respectively of the prestigious national art competition. They'll now join over 40 other schools to compete for the much sought-after national title at an online national awards ceremony on Thursday next, February 3.

Senior County Winners, St Francis Special School in Beaufort, submitted a beautifully painted art piece of an inclusive playground where everyone plays together with purpose built swings, roundabouts and interactive equipment that allows all abilities join in the fun. It was created by teacher Bernadette O'Neill and pupils Jack Leane and John Anthony O'Brien, who are both aged 13.

'Someone Like Me', which is organised by the National Disability Authority, attracted more than 1,800 entries from national schools across the length and breadth of the country. The competition has been designed to be a national celebration of the things that unite children of all abilities and, over its six-year history, more than 8,000 children have taken part, creating a tangible contribution to developing more positive attitudes towards persons with disabilities.

During the last school term of 2021 teachers and their pupils right across Ireland worked through special lesson plans which challenged them to respond artistically and creatively to the theme of 'Someone Like Me', while, at the same time, appreciating and respecting similarities and differences in people.

The judges were particularly impressed with the submissions from pupils and teachers at Scoil Naisiúnta Naomh Eirc and St Francis Special School, selecting them as County Winners based on their insightful and inspirational responses to the theme.

Congratulating both schools, Minister of State with Special Responsibility for Disability, Anne Rabbitte TD said that she was hugely encouraged by the growing interest in the competition which is helping to develop a shared understanding of how we should treat others in a caring, sensitive and inclusive way, and promoting a sense of belonging and connectedness.

“I am so impressed by the standard of entry and the obvious thought that has gone into each creative submission. Once again, our primary school teachers and pupils have shown their commitment to putting ‘ability’ under the spotlight helping to build a more inclusive society.”

The competition, which offers a range of prizes up to the value of €750, was open to all primary school pupils from junior infants to sixth class and more than 1,800 entries were received from individual pupils, class groups and whole schools right across Ireland. Entries ranged from posters and collages to large sculptural installations and multi-media pieces.

155 million to get a glimpse of Kerry’s beauty

Price of Irish and international stamps to rise