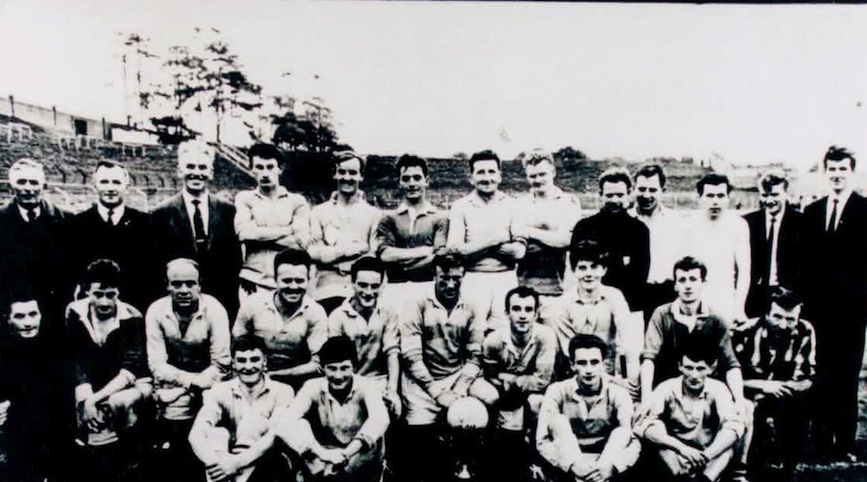 SPA GAA CLUB will be kicking a football back through the decades this Thursday, when the surviving members of the team which won the club’s first O’Donoghue Cup title reunite.

A half-century after the historic occasion, they will be guests of honour at a celebration in Spa’s clubhouse along with representatives of their teammates who have sadly passed away during the intervening years.

“The win has always been regarded as a historic occasion for the club,” said spokesman John Kelly. “While there was a GAA club in Lissivigeen dating back to the 1920s which remained active in East Kerry competitions until it became defunct in 1947, in 1948 it was decided to establish the current Spa club.”

While the club was still in its infancy, this team won both the junior and senior East Kerry competitions in 1948 and 1949.

Due to emigration retirements and other factors Spa became temporarily defunct for a four-year period but after a Spa/Glenflesk amalgamation won the East Kerry minor league.

“At the September meeting of the EKB in 1966 a decision was taken to initiate an knockout championship style competition and again Spa proved victorious in this competition,” said John. “For the record this format has prevailed for the O’Donoghue Cup during the interim 50 years during which Spa won the cup on a further nine occasions.”

A member of the 1966 team, Fr Michael O’Donoghue, will celebrate Mass for all deceased members of the Spa GAA Club, including those who were on the 1966 panel, at 7pm. “A social evening will follow during which memories and anecdotes will be shared,” added John.

Two men charged in connection with robbery in Waterville

Woman arrested, and two males to appear in court to have period of detention extended