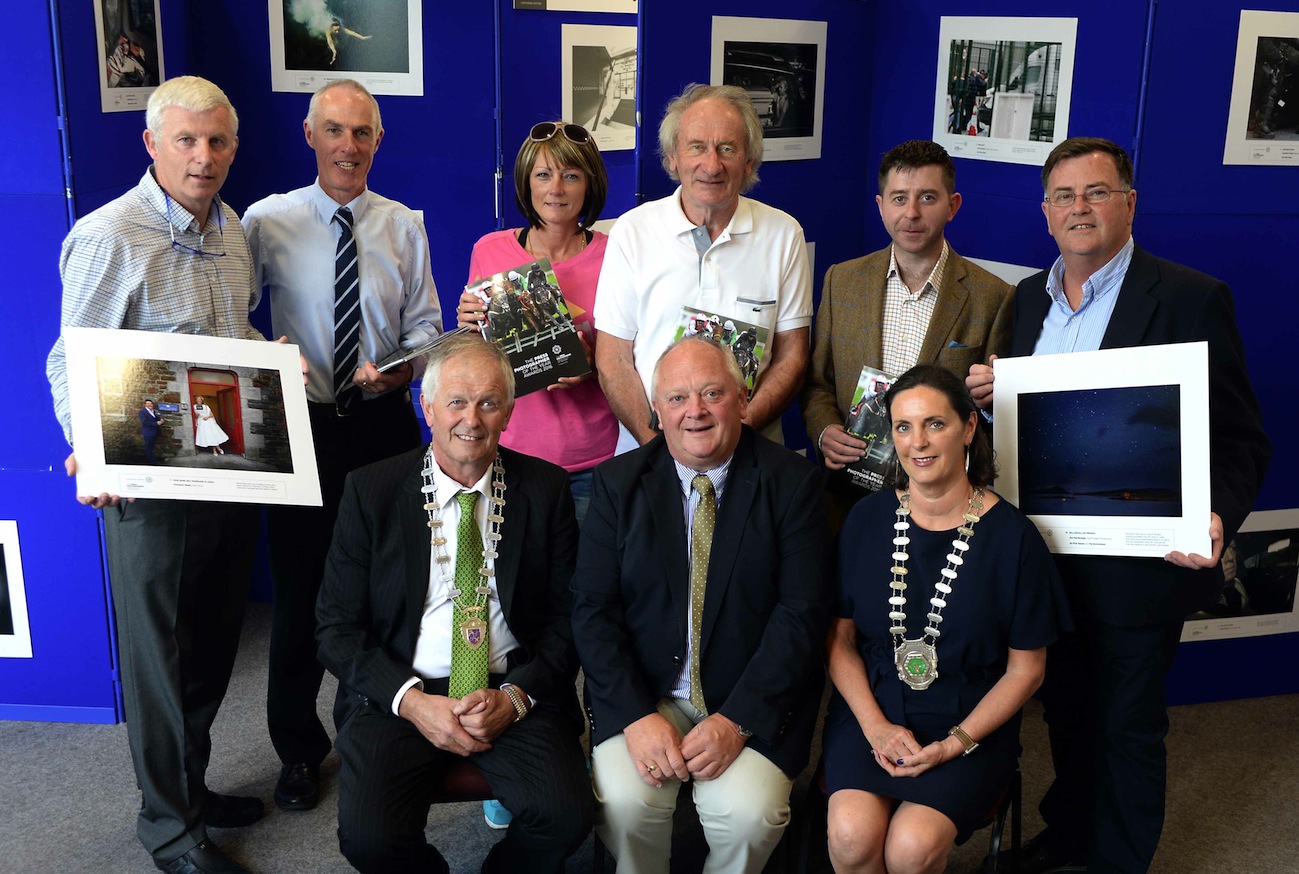 KILLARNEY’S first citizen Councillor Brendan Cronin put Kerry photographers in the picture on Tuesday when he cut the ribbon on the prestigious Press Photographer of the Year 2016 exhibition in the local library on Rock Road.

The chairman of Killarney Municipal District was extremely impressed with the collection of winning and shorltlisted images from the annual awards organised by the Press Photographers Association of Ireland. They will be on display in Killarney Library until August 25.

“I want to congratulate our own Don MacMonagle who came first in the Nature and Environment section with a beautiful image of Ballinskelligs at night,” said Cllr Cronin.

“I am delighted also that the work of Valerie O Sullivan and Domnick Walsh was shortlisted. The unique talent of press photographers to capture a moment in time and the ability to relay a particular story with a photograph is something to be truly admired.”

Over 2,000 images were entered into the annual awards this year, by 103 photographers from around the country. Awards were presented across nine categories: news, daily life and people, nature and the environment, politics, sports action, sports feature, portrait, art and entertainment and reportage.

Michael Chester, president, Press Photographers Association of Ireland, said: “I am delighted the PPAI exhibition is visiting Killarney, the exhibition’s first visit to the South West this year. We would like to take this opportunity to thank Librarian Eamonn Browne and Killarney Library for its support and we hope visitors will enjoy viewing the work of our members.”