Sinn Féin President Mary Lou McDonald, who paid a visit to Killarney this morning (Friday), has said that Sinn Féin will bring CervicalCheck screening services back to Ireland.

Mary-Lou was in Killarney for an interview with Radio Kerry, followed by a trip to Tralee and Lyreacrompane, while canvassing with Sinn Féin's General Election candidate, Cllr. Pa Daly.

"There has been a huge human cost to the CervicalCheck scandal and many families are today without a loved one, or dealing with the realities of a cancer diagnosis,” Mary Lou McDonald said.

"The shadow of the scandal has hung over the health service and Irish society for these past few years. We owe it to the women affected and their families to change the system for the better, and this must involve bringing the smear testing process back home to Ireland. 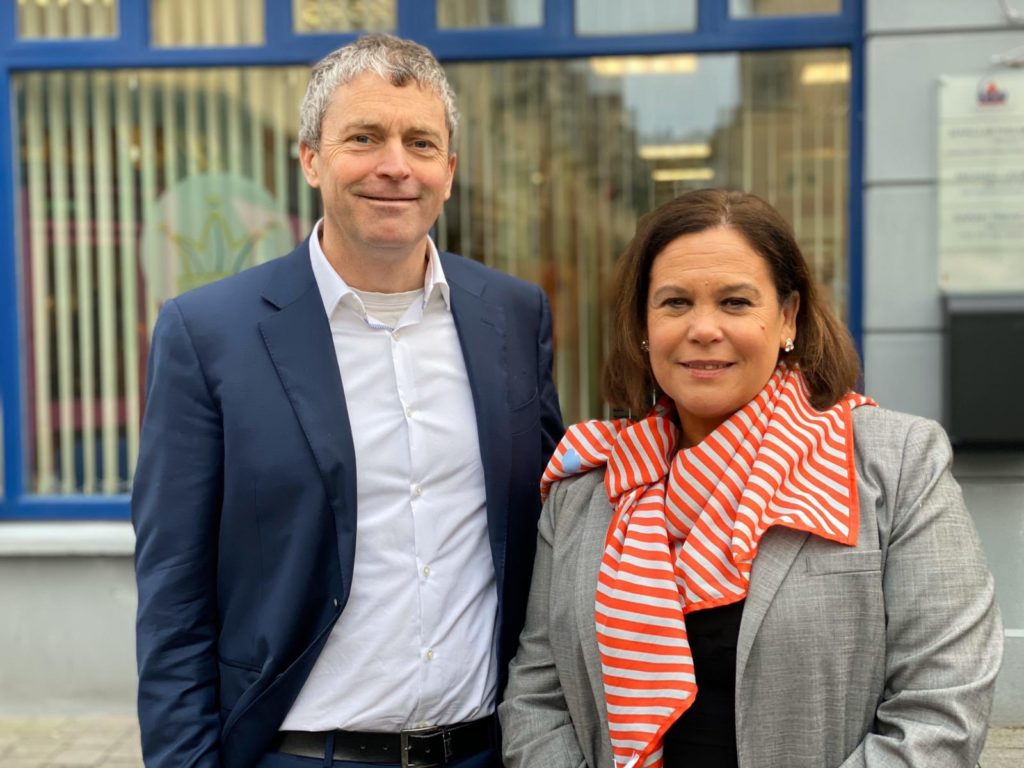 "The outsourcing of the testing process has been a problem, and we have seen issues around labs being added to the CervicalCheck programme without proper checks or operational due diligence being carried out.

"Outsourcing also played a part in the further mistakes that were made as regards delays of tests and the issuing of results; all of which caused further distress for women.

"It is vitally important that we have our own national screening laboratory service for CervicalCheck.”

This will be a graduated process, she added.

"We will allocate €16 million to this, placing a focus on recruitment and training of specialist staff and equipping labs to the highest possible standard.

"The priority must be to ensure that women have the highest level of confidence in the screening process and we can achieve this through common-sense reforms.”

She added that we must show that we have learned from the scandal.

“We show that the tragic and heart-breaking deaths of women such as Emma Mhic Mhathúna and Irene Teap were catalysts for sweeping reform of the CervicalCheck programme."

Get on your bike in 2020 with Killarney Cycling Club