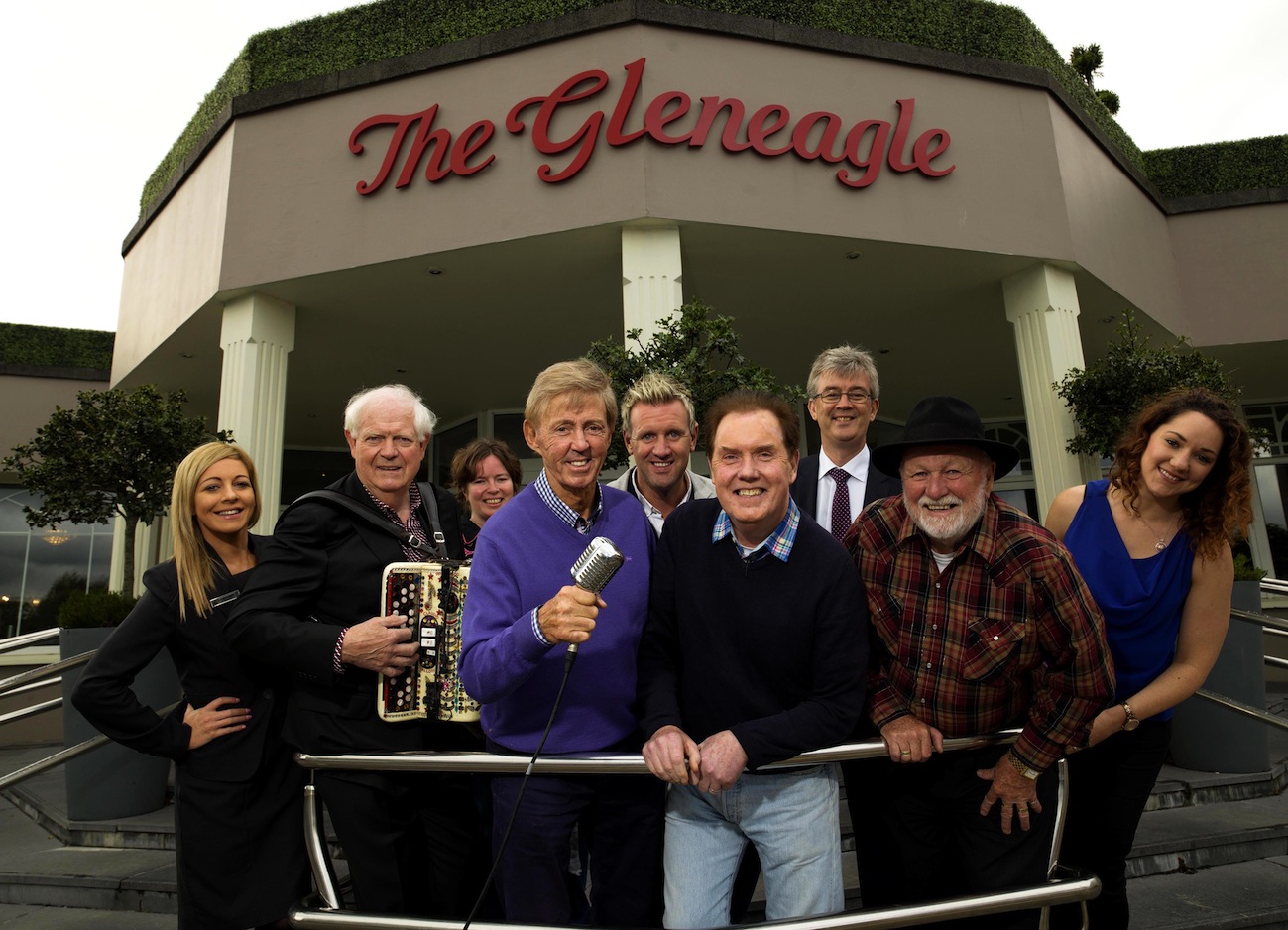 SUMMER just wouldn’t be the same in Killarney without the show-stopping annual cabaret in The Gleneagle Hotel and singer Dickie Rock, who first performed at the cabaret in 1963, took centre stage to unveil the 2016 event last night along with Brendan Shine, Damaris Woods, Mike Denver and Red Hurley.

The cabaret returns this July and August and this year as always features the best of Irish entertainment. Every night from July through August the legendary Gleneagle Hotel Ballroom is occupied by a stalwart of the Irish entertainment industry.

Brendan Shine returns every Tuesday night and the man from Portumna Mike Denver kicks off his Wednesday night residency from July 6.

Monday sees one of Ireland’s foremost comedy hypnotists Adrian Knight entertain the whole family with his comedy stage show with over two hours of side-splitting entertainment, packed with fast-moving stories and audience participation.

Thursdays, Fridays and Saturdays feature a veritable smorgasbord of Irish legends with performances from Dickie Rock, The Wolfe Tones, Foster and Allen, Red Hurley, Bagatelle to name but a few.

The family-run Gleneagle Hotel is one of Ireland’s leading leisure and entertainment destinations. Where else can you find such extensive leisure facilities, world-class entertainment and genuine hospitality and all without stepping beyond the front door?

Five parishes in Kerry now without a priest