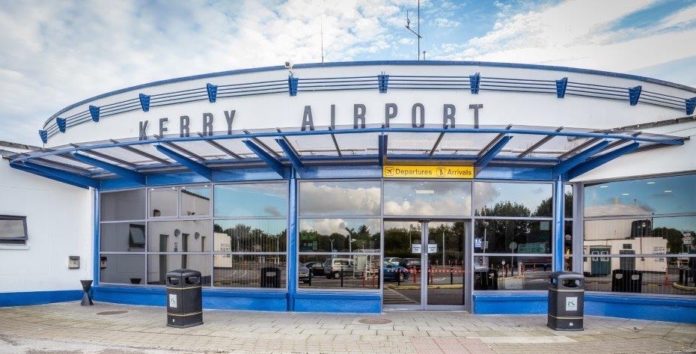 Ryanair will not fly to and from Kerry and London between January 5 and the middle of February at the earliest as COVID-19 restrictions have created even more uncertainty for the airline industry.

The news will come as a blow to several London-based Kerry immigrants who chose to fly home for Christmas.

Many had delayed their annual trip home to early in the New Year as a result of rising Coronavirus restrictions in the UK.

London was placed into Tier 3 restrictions earlier this week which is the same as Level 5 in Ireland.
For one London-based Aghadoe family it means that their already postponed New Year trip home is now cancelled.

Jerry and Margaret Cronin and their adult children Eoghan and Tara usually spend Christmas in London and return home in time to celebrate New Year in Killarney.
They had already postponed that trip until January 15.

Ryanair told customers this week that one flight will serve each of the two London airports on New Year’s day. A Stansted flight will operate on January 3 and a Luton flight is scheduled for January 5.

After these dates it not possible to book a flight between Kerry and London until mid-February and even at that the Cronin family are not confident that this will be possible by then.

“The first flight now is February, but even that will be cancelled, I think," Tara told the Killarney Advertiser.

“I tried changing the flights but it is easier now to go looking for refunds. It looks like both countries will be in full lockdown again in the New Year. It all now depends on the vaccines and they won’t put them out if the infection rate is too high.”

Students get in gear for national race car design programme