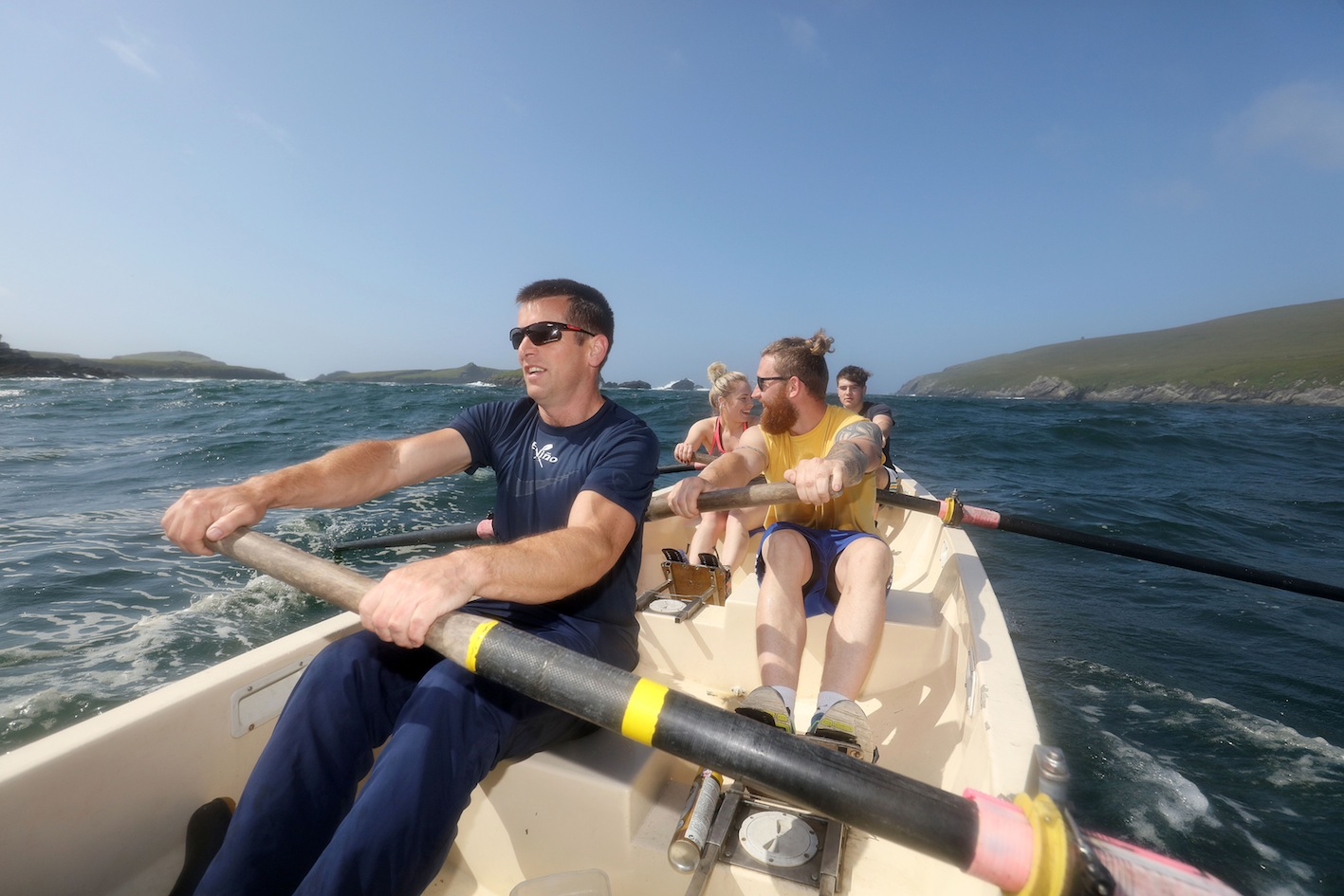 ALL eyes may have been on the Olympics at the weekend as high winds meant Sunday’s rowing events were postponed at the Lagoa Stadium in Rio, but conditions were perfect in Kerry as members of Portmagee Rowing Club got some training in ahead of the All-Ireland Coastal Rowing Championships.

The eagerly anticipated championships will take place at The Lakeside Centre, Ballyshannon, Co Donegal, this weekend. Donegal Bay Rowing Club is hosting the event, as 2700 rowers will descent on the magnificent Wild Atlantic ways oldest town in Ireland.

More than 500 rowing crews from Cork, Kerry, Wexford, Wicklow, Dublin, Antrim, Belfast, Donegal, will each be competing for medals and a trophies, in the most coveted of rowing championships.

The opening ceremony and association awards will take place in Surfers Bar at the Sandhouse Hotel, Rossnowlagh, at 7.30pm on the Friday evening.

Leading adventurer, endurance athlete and mountaineer Jason Black will be the guest speaker.

Event PRO Mary B Teahan, said: “It is so fantastic to see a new club like Donegal Bay Rowing Club, hosting this years event. Competitors from along our Wild Atlantic Way from Cork to Donegal, from Wexford to Antrim will be participating in this year’s championships.”

The type of boat used in the Coastal Rowing Championships is called a “one design”.

If the climbs don’t take your breath away, the scenery sure will

Everything is coming up roses for James