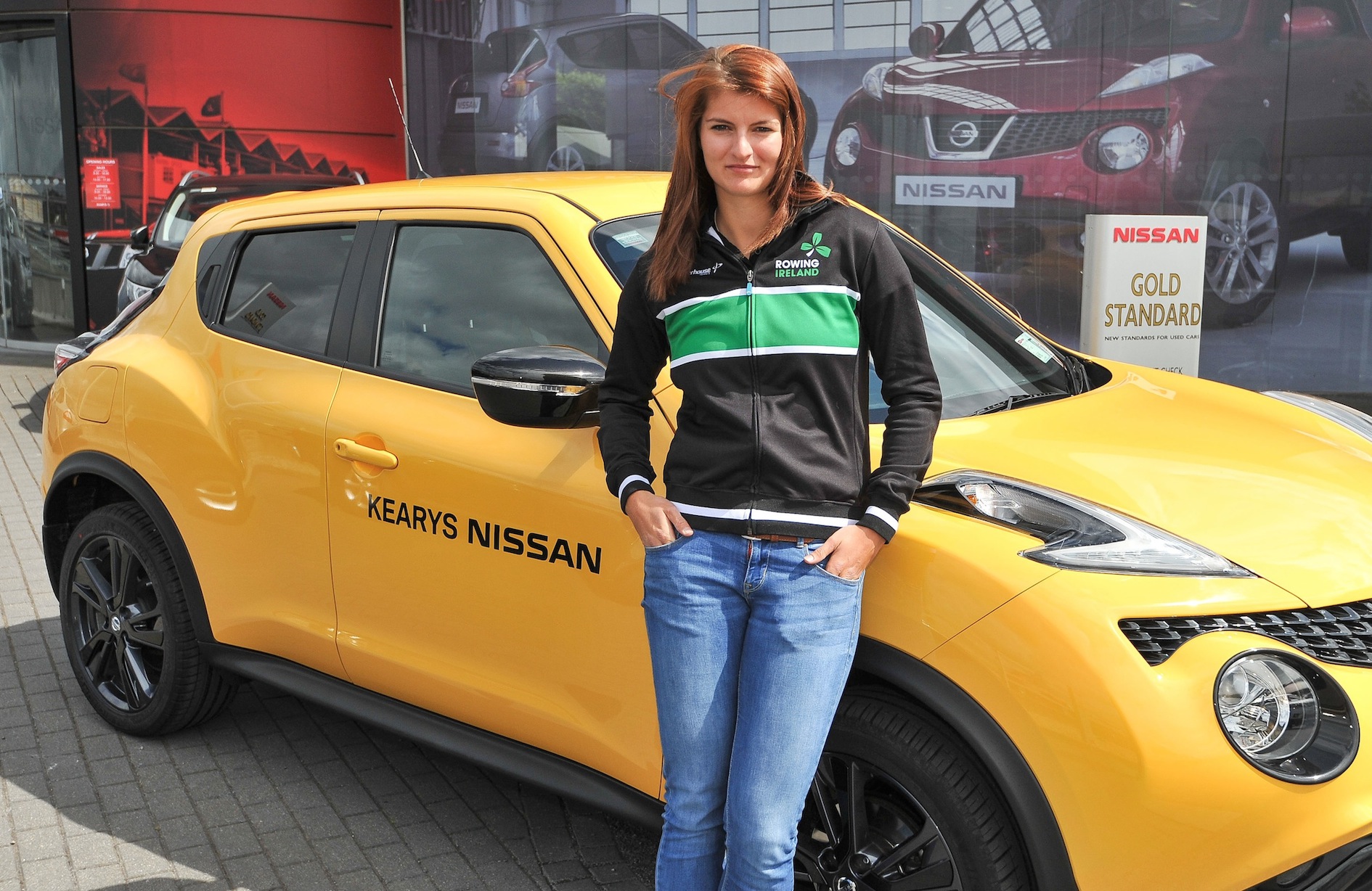 KILLORGLIN rower Monika Dukarska is playing an inspirational role in encouraging Kerry’s next generation of leaders and champions to follow their dreams with the support of Nissan.

Monika has become one of the country’s top rowers since she joined the Nissan Generation Next programme which provides Ireland’s rising stars with a brand new, taxed and insured Nissan to drive for a year.

Applications for this year’s Nissan Generation Next programme are now open and Monika is calling on Kerry’s innovators and movers and shakers to apply so that they might follow in her footsteps.

“Anyone who wants to get ahead should apply. It is definitely worth it. I did not really expect to win when I applied but anyone who is ambitious should not underestimate their chances of getting the keys to a brand new Nissan,” said Monika.

Monika drove away with the keys to a Nissan Pulsar when she was selected from the hundreds of high achievers around the country who applied to be part of the Nissan Generation Next programme in 2015.

Recent illness has forced Monika to pull back from her attempt to qualify for the Olympic Games in Rio, but she has bounced back with a move from the women’s pair discipline to single sculling as part of a longer-term strategy to represent Ireland at the Olympic Games in Tokyo in 2020.

“Without the car I would not be able to train as easily as I do. It has given me huge independence to travel from Kerry to Cork for training, to Tralee for college and to the lake in Cromane which is great for training 24/7 because I don’t have to worry about low tides,” Monika said.

“People in Kerry are definitely more aware of who I am driving the car. My coach was telling some locals in Cromane that I would be coming to train there and they told him they already knew that because they had seen me in the Nissan Generation Next ambassador car.”

Collecting the Nissan Pulsar and driving it down the motorway back to Kerry was one of the highlights of the year for Monika, she said. “I no longer have to rely on family and friends to drive me somewhere. The car gives me peace of mind to do my own thing and people support me because I am a Nissan Generation Next ambassador,” she said.

Nissan Generation Next has put 20 of Ireland’s new generation of leaders and champions on the road to success since it was launched in 2014.

“We are looking for people like Monika who are confident, focused and passionate about what they do in life and who could use a brand new, taxed and insured Nissan to help them achieve their goals,” said James McCarthy, CEO of Nissan Ireland.

Applicants for the 2016 Nissan Generation Next progamme can apply online at www.nissangenerationnext.ie.

The closing date for applications is Tuesday, May 10, 2016. A shortlist of 20 candidates from those who apply nationwide will be announced soon after and put forward to a four-week public voting phase. The seven individuals generating the largest number of votes will win a place on the Nissan Generation Next ambassador programme.

The judges at Nissan will also select three applicants whom they believe are deserving of a place on the Nissan Generation Next ambassador programme.

Do you know a humanitarian hero?