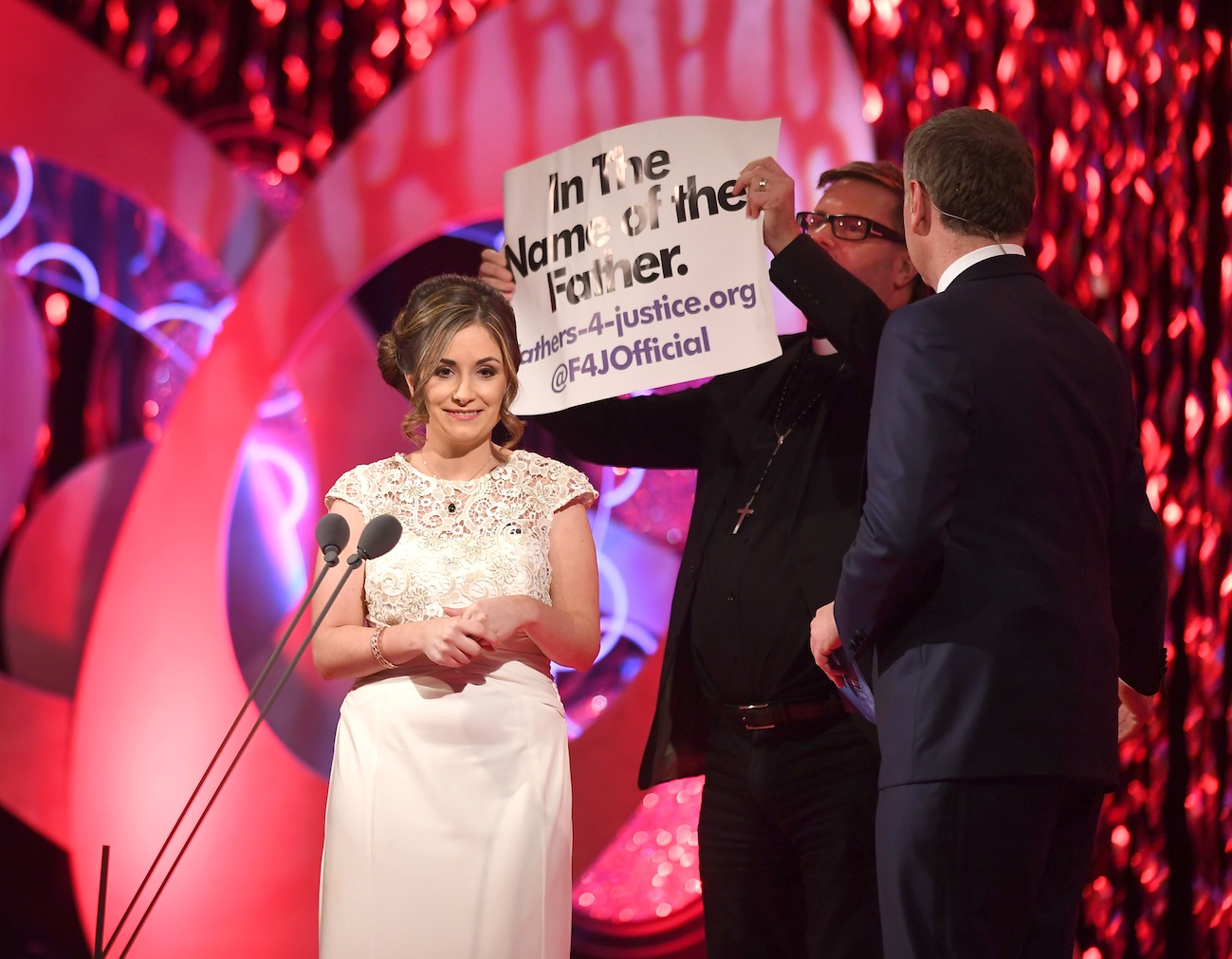 IN WHAT was a first in the Rose of Tralee International Festival’s 57-year history, a protester stormed the stage.

The gate crasher scaled the stage in the middle of Cavan Rose Lisa Reilly’s interview with host Daithi O Se.

Dressed as a priest, Fathers4Justice founder Matt O’Connor called upon the audience to “join him and the broken families of Ireland”.

As the audience looked on bewildered, RTÉ cut to a break and afterwards the Cavan Rose received a resounding round of applause as she carried on with her interview.

Fathers4Justice have carried out similar stunts over the years and took responsibility for the incident on Twitter shortly afterwards.

The Cavan Rose was commended for her composure.

Meanwhile, O’Connor told Newstalk’s Lunchtime he does not regret his protest.

“I think it will be judged to be an effective protest, I think people are talking about the issue,” he said, adding he had received much positive support on social media and via email.

“This will kick-start a very important debate, let's get talking about the fact that we have equal rights for everyone in Ireland apart from fathers. Why is that?”

Asked if he wished to apologise to Ms O'Reilly, he said: "Apology's the right word – obviously nobody wants to disrupt anybody's evening, but we have to put it in the context of what we campaign for – a very, very serious issue."

Official opening of the gardens at Killarney House