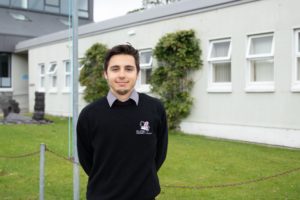 Killarney Community College students Stefan Lajdar said it was easy enough once he got going. 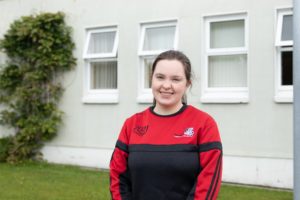 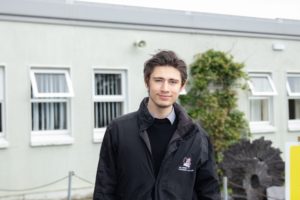 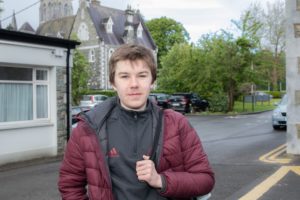 Happy to get it over and done with was Adam O'Connor from The Sem.

Kayleigh O'Connor and Bethany Kelly pictured ahead of their Home Economics exam on Wednesday afternoon.

Although it was a Leaving Cert like no other - that didn't stop some students from feeling nerves and others relief - as they finally began their State exams on Wednesday morning.

For Killian O'Brien, a student in St Brendan's College, he said that there was no stress as he headed in.
"I'm grand out, not stressed at all."

George Griffin, also a student in St Brendan's College was glad to begin the final leg of his school journey and said he too felt grand about it.

"Predictable grades are a good backing to it, it levels out the stress."

His classmate Darren Counihan was "not too worried" about what was ahead of him.

"You can only go up in points, not down thanks to accredited points."

Luke Tindall, also a student in the school said he was alright and "not too stressed"

For Adam O'Connor there was some nerves.
"I'm feeling a bit of everything, but mostly stressed," he said. "I'm just waiting to get it done and over with."

"I was nervous at first, but once I started writing it was all good."

Aoife O'Brien from the same school said she was "kind of nervous" but that "it was fine".

"I finished a bit earlier. I was a bit under pressure before the exam, but it was easy enough. We have a backup with the predicted grades so it was fine."

Principal of Killarney Community College, Stella Loughnane, acknowledged the uniqueness of this year. "This year has been a turbulent and emotional year for this particular Leaving Cert group. Thankfully, all of our students sitting these exams have the security of knowing they already have an accredited grade from their subject teacher and can really try to improve on that when sitting their chosen exams. I think this is of great comfort to students and will ease some of their nerves.The majority of our students have embraced this challenge and chosen to sit their exams."

"This year has shown how adaptable our students are, therefore I don't believe they will cause too much fuss. However, like every other year, our students arrived with the age old butterflies in their stomachs but a willingness to begin their exams."

"It has been the most incredible two years for the students. This is as fair as you can get really. I would say the Sixth Years had a less disruptive year than other students as they had their eye on the prise and could see the finish line in sight."