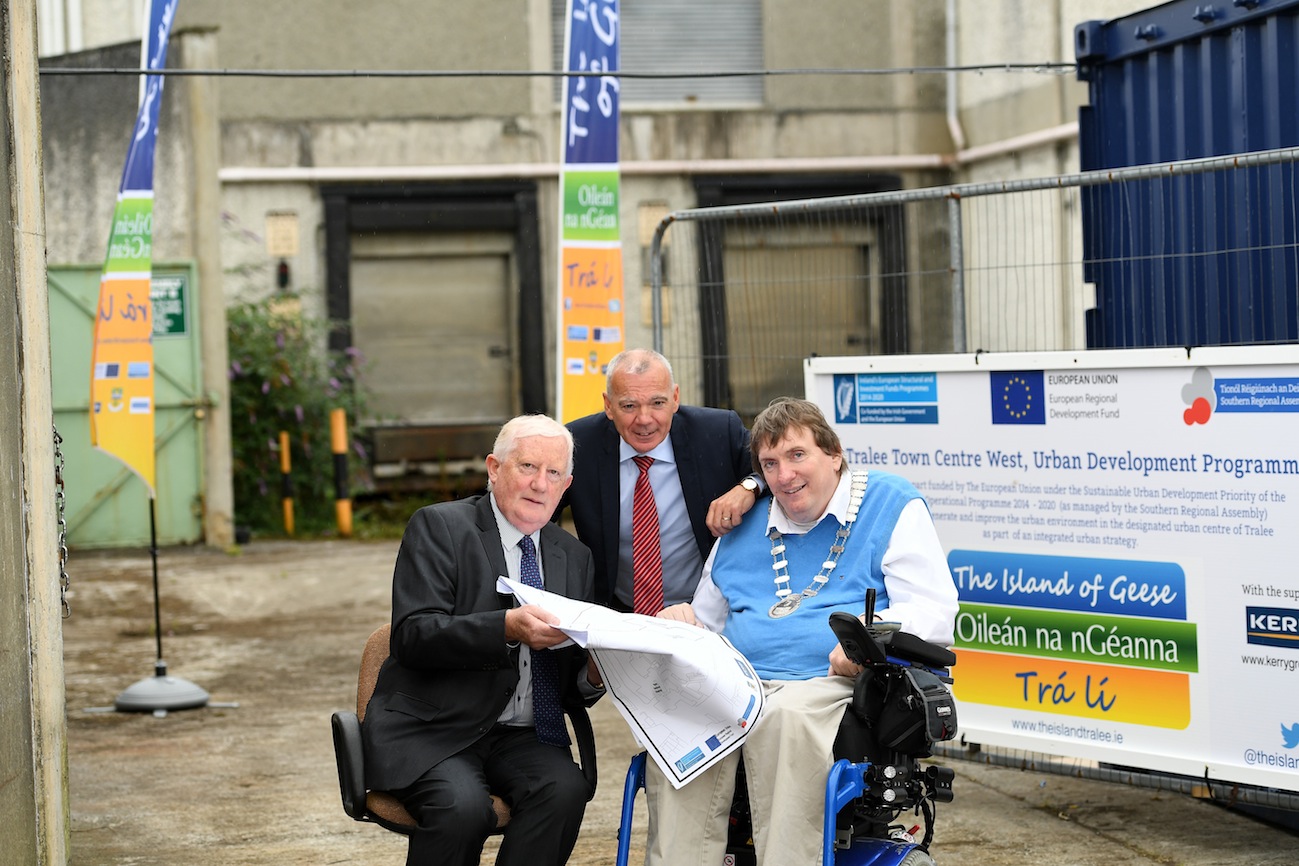 KERRY COUNTY COUNCIL has announced the first phase of public consultation on the future use of the Denny Bacon Factory site in Tralee, which was donated to the people of Tralee by Kerry Group in 2014. The council has received €1.5m in EU funding for the regeneration of the historic site which has enormous and exciting potential for the wider revitalisation of Tralee.

The opening of consultation on the future of the ‘The Island of Geese’ – the historic name of that part of Tralee – coincides with the launch of a new website, www.theislandtralee.ie which will allow people to log on and submit ideas. Survey forms are also being made available at up to 20 locations around Tralee.

Over the next six weeks, members of the public will be able to propose ideas which will be used to form a master-plan for the 2.3 acre site, a minimum of 30% of which will be retained as a public amenity space. All responses will be examined by the council as that master plan is developed.

An on-site mobile unit has been opened inside the main entrance to the former factory which members of the public can visit over the coming weeks to discuss their proposals for maximising the economic, cultural, social and civic potential of the factory site. (See social media and website for opening times).

A display of images of the plant recently compiled by Kerry County Council will also go on public display in the mobile unit and members of the public are welcome to visit to view the images.

Mayor of Tralee Cllr Terry O’Brien said the location of the site so close to Tralee town centre means it has enormous potential: “This is the most exciting development for Tralee in many years. We must acknowledge the generosity of Kerry Group in donating the site to the people of Tralee in the first instance. It will be now be up to Kerry County Council, working closely with the people of Tralee, to rejuvenate and revitalise this historic and valuable location,” he said.

“The people of Tralee and the whole county are being given an unprecedented opportunity to have a direct input into what should be done with a site such as this. I would encourage anyone with an idea or a proposal to come forward and help to ensure the potential of this site is maximised.”

Director of Services with Kerry County Council Michael Scannell said Kerry County Council has a very open mind about what should happen with the site: “We have an open door about this development. All projects such as this go through statutory consultation processes but ever before all of that happens, we are giving people this opportunity to have their say.

Director of Corporate Affairs with Kerry Group, Frank Hayes said he was delighted to see the project advance to its next stage: “When Kerry Group handed over this strategically important site to the people of Tralee in 2014, we hoped that it would become a catalyst for the regeneration of the area. I am confident that this central location can become a wonderful asset for the people of the town in the years ahead and that its redevelopment will significantly enhance and revitalise Tralee town centre.”

Let’s give our All-Ireland champions a heroic homecoming