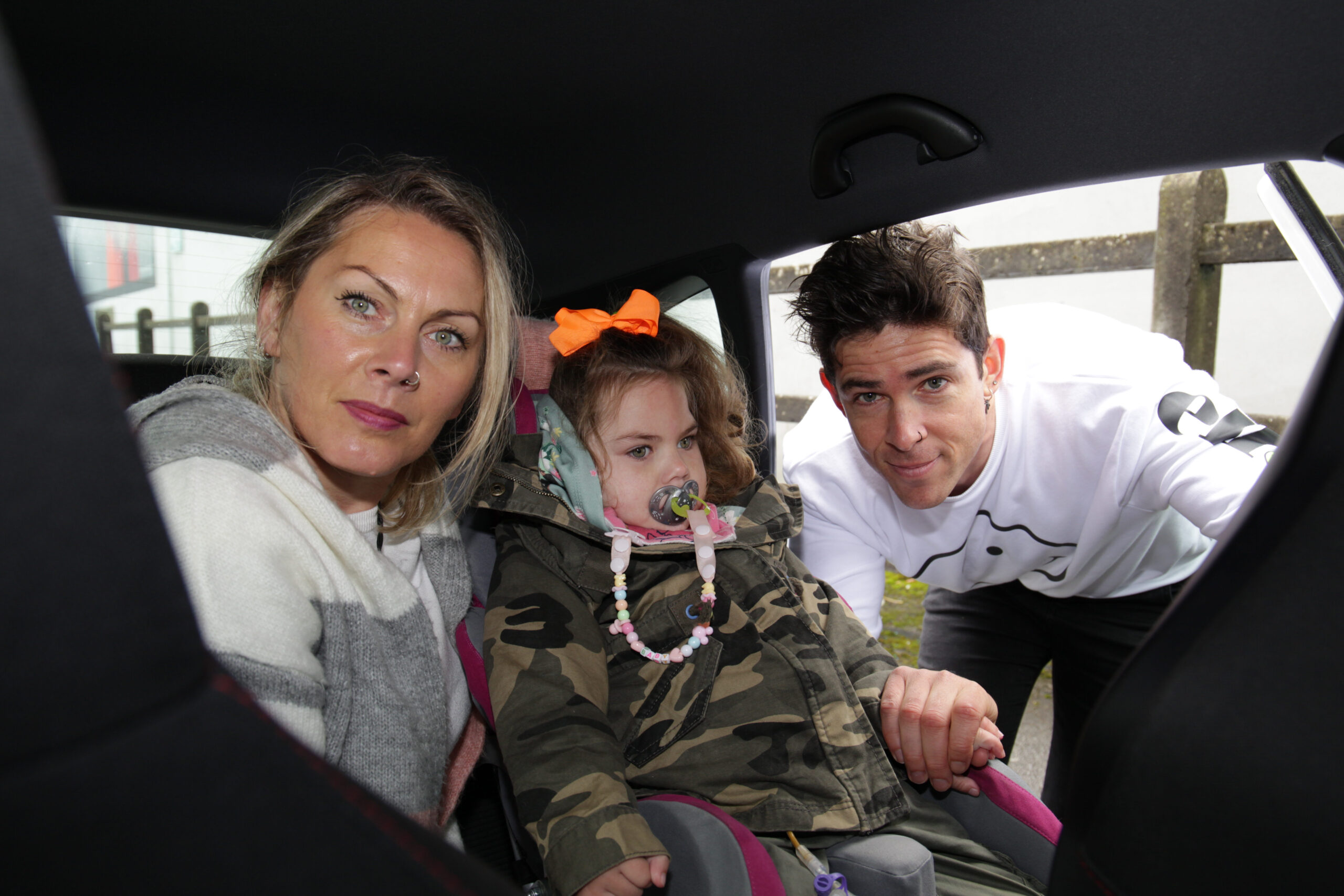 The parents of a seriously ill Killarney girl will today (Friday) receive the best New Year gift as they collect their new, specially adapted car from a specialist fitter in Cork.

Her parents Steve and Teresa are her 24 hour carers and last September, through a trustee, organised a GoFundMe campaign to help the family buy a new car as Alexis had simply grown out of their existing vehicle.

Thanks to the generosity of the people of Killarney and beyond the O’Mahony family will, today, collect a brand new Ford Tourneo people carrier.

The van is currently in Southern Mobility Solutions’ workshop in Cork where specialist staff are putting the finishing touches, including fitting a wheelchair ramp.

It was a race against time for the family as they needed to register the new van before December 31 to avoid new revenue and carbon tax rules which came into effect at the start of the year.

This alone saved the best part of €7,000 but as a result their new van will carry a 2020 registration plate.

The O’Mahony family bought the van from Killarney Autos where another stroke of luck saved them another load of money.

A Tipperary-based family had left a wheelchair lift at Killarney Autos and when they heard about the O’Mahony’s plight they offered their old ramp, free of charge, to the local family.

“I can’t thank Killarney Autos and, especially, salesman Kevin Donnelly, who did so much for us,” Steve told the Killarney Advertiser. “It was a stroke of luck that Kevin dealt with the Tipperary family and a few phone calls later we learned that they had donated the ramp to us. It was unbelievable.”

A committee, made up of five people and who are not related to Alexis’ parents, made all the financial decisions ahead of the purchase of the new van.

“The purchase would not have been possible only for support we got locally and internationally,” added Steve, whose wife Teresa is Polish.

The Frydman Community Charity donated a large sum of money, largely from its American branch, to the trustees. The charity named after Teresa’s home village in Poland, is made up of emigrants who are now settled all over the world.

Solution to New Road traffic on the table

Killarney sporting and cultural museum back on the agenda