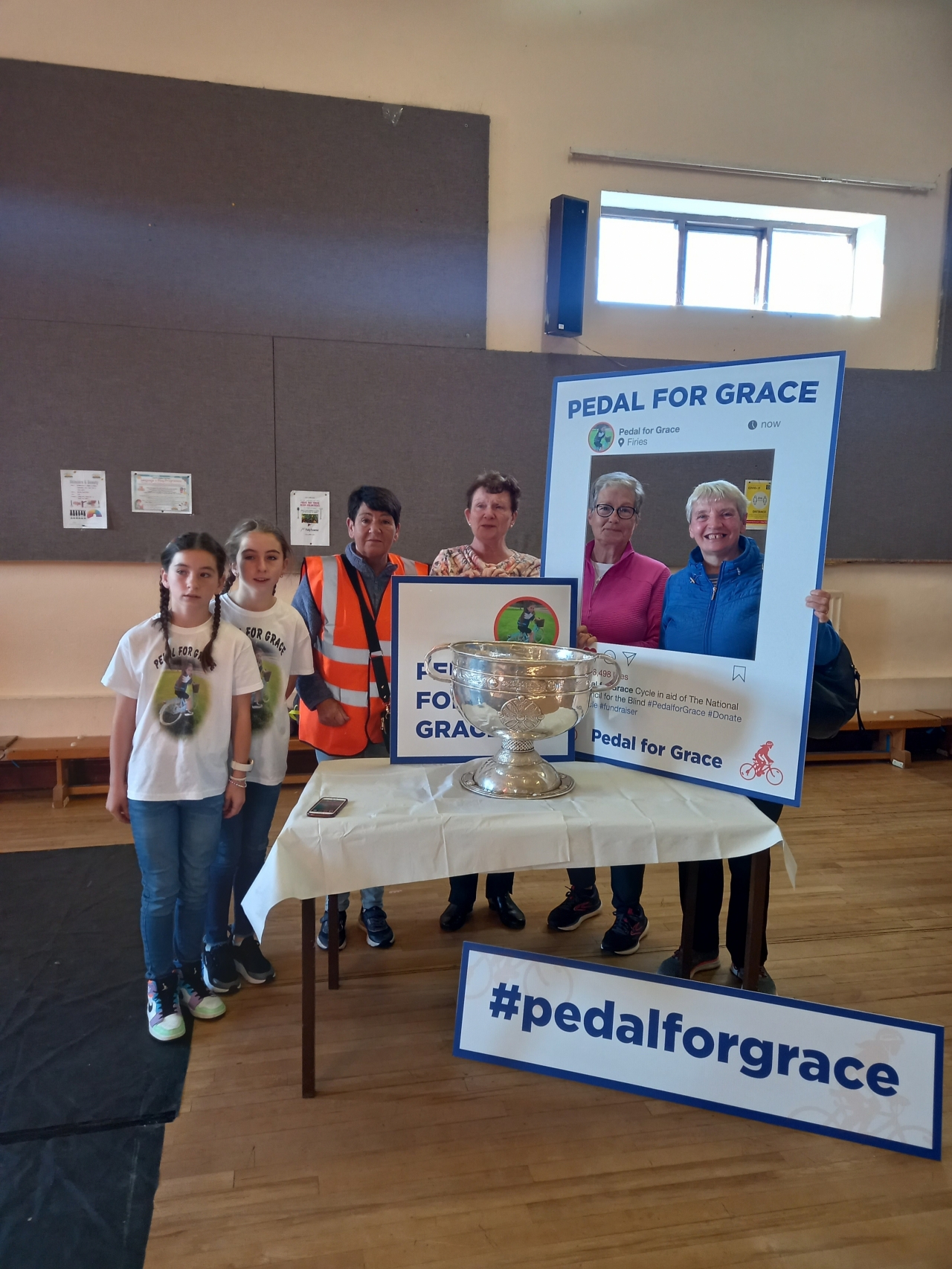 TOGETHER: Grace O'Sullivan pictured with volunteers for the 'Pedal for Grace' fundraiser on Saturday.

Not only did the sun come out on Saturday but the whole village - to support a local girl with a vision impairment.

Cyclists mounted their bikes and completed a number of routes while others volunteered to cook food, make tea and steward the 'Pedal for Grace' fundraiser for the National Council for the Blind (NCBI).

It was all part of an event to support 12-year-old Grace O’Sullivan who was diagnosed with Stargardt disease five years ago, which causes progressive sight loss.

Her parents, mom Mary and dad Canice O’Sullivan, are so grateful for the help from the charity that they organised the event at Firies Community Centre and were overwhelmed by the support.

The event entailed a 60km cycle for the more experienced cyclists, a 10km cycle which was aimed at families and a mini 1km for the little ones so that they too could play their part.

Marian Hall became the HQ with volunteers inside taking the registrations and making tea and coffe, Bernie Doe outside cooking burgers and Alan Finn from Radio Kerry acting as MC for the day.

"A huge number of cyclists travelled from near and far to support the event for Gracie," her mom Mary told the Killarney Advertiser.

"And after the cycle, each person received a beautiful 'Cycle for Light' medal. Later in the afternoon in Hendersons Bar Firies, cyclists, families and volunteers were treated to some amazing Irish dancing from Gracie and her friends under the watchful eye of their amazing music teacher Alice Chambers. The whole day from start to finish was a complete success."

Mary added that the family are "truly humbled" by the local support from the people of Firies and beyond and are now considering making it an annual event.

Time to brew up for the Kerry Hospice Foundation