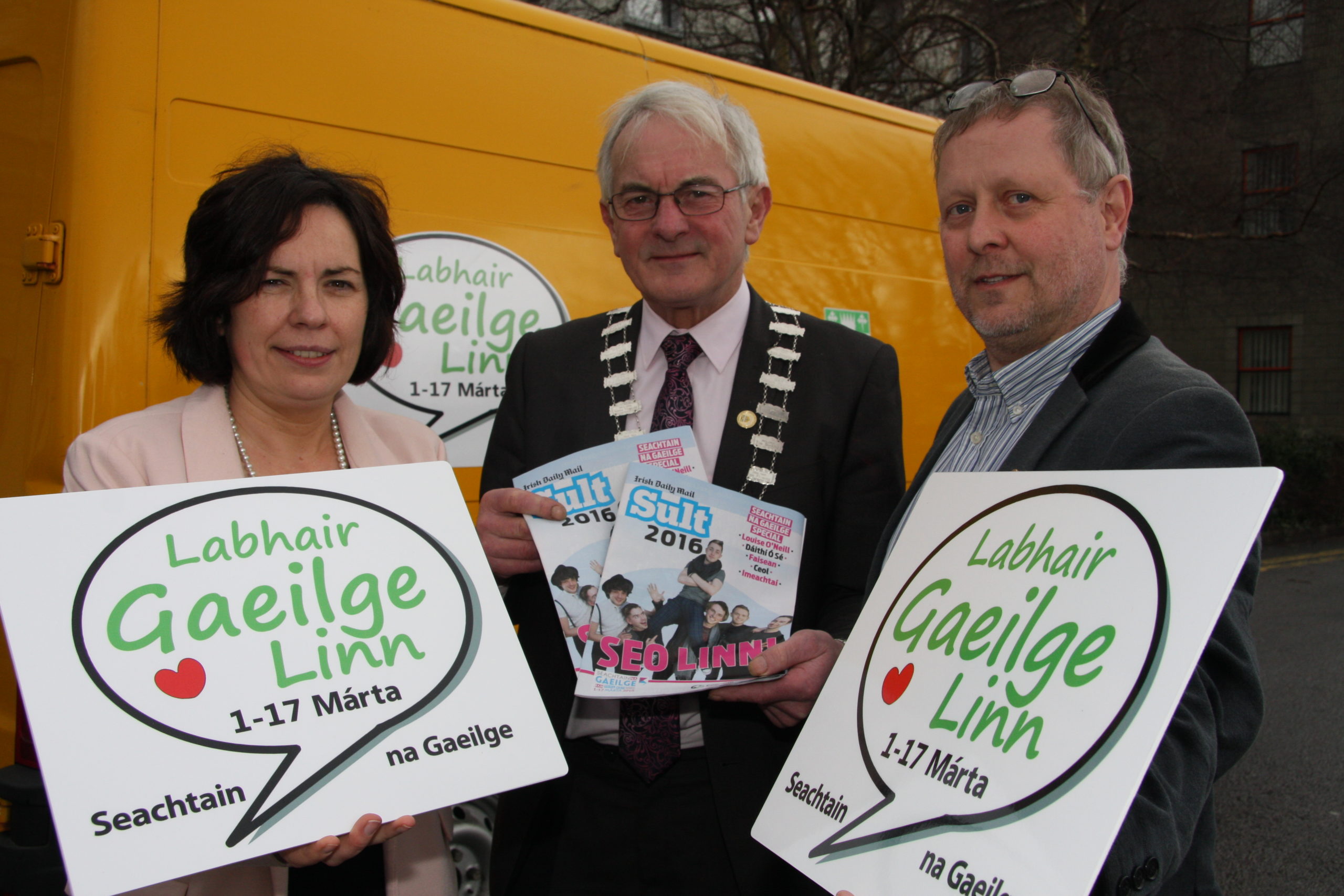 KERRY COUNTY COUNCIL has unveiled a packed programme of events and initiatives for Seachtain na Gaeilge which runs from March 1 to 17.

The local authority is promoting the use of Irish throughout the period and has announced a number of displays, competitions and community-based events, all of which is being promoted through a dedicated website,

During Seachtain na Gaeilge, Kerry County Council will be promoting the use of Irish at all of the public counters in its offices around the county and magnetic signs have been affixed to a number of council vehicles bearing the message ‘Labhair Gaeilge Linn – Seachtain na Gaeilge.’

A 20-minute bilingual flash mob presentation based on the cultural revolution leading up to 1916 has been composed and is ready-made for performance by schools, local drama societies and community groups. ‘Tobshlua 1916’ is based on orations, songs, and poetry from the period.

Kerry County Council is also inviting participation in a window display competition, ‘Comórtas na bhFuinneog’ which carries a prize fund of €1,000 and is being run in conjunction with Conradh na Gaeilge and the Chambers of Commerce in each of the four municipal districts. Window displays on an Irish language theme should be photographed and submitted via the website.

Kerry County Council’s chief executive, Moira Murrell, said it is fitting to celebrate the Gaelic Revival that took place in the period leading up to 1916 and so Kerry County Council plans to raise the profile of Irish among the public in Kerry by encouraging everyone to participate in Seachtain na Gaeilge.

“As part of our publicity drive, the public will see ‘Labhair Gaeilge Linn!’ signage on many council vehicles around Kerry and at the public counters at our offices, as well as our libraries. We are urging everyone in the county to get involved and to try a cúpla focail,” said Ms Murrell.

Investigation into death of baby boy