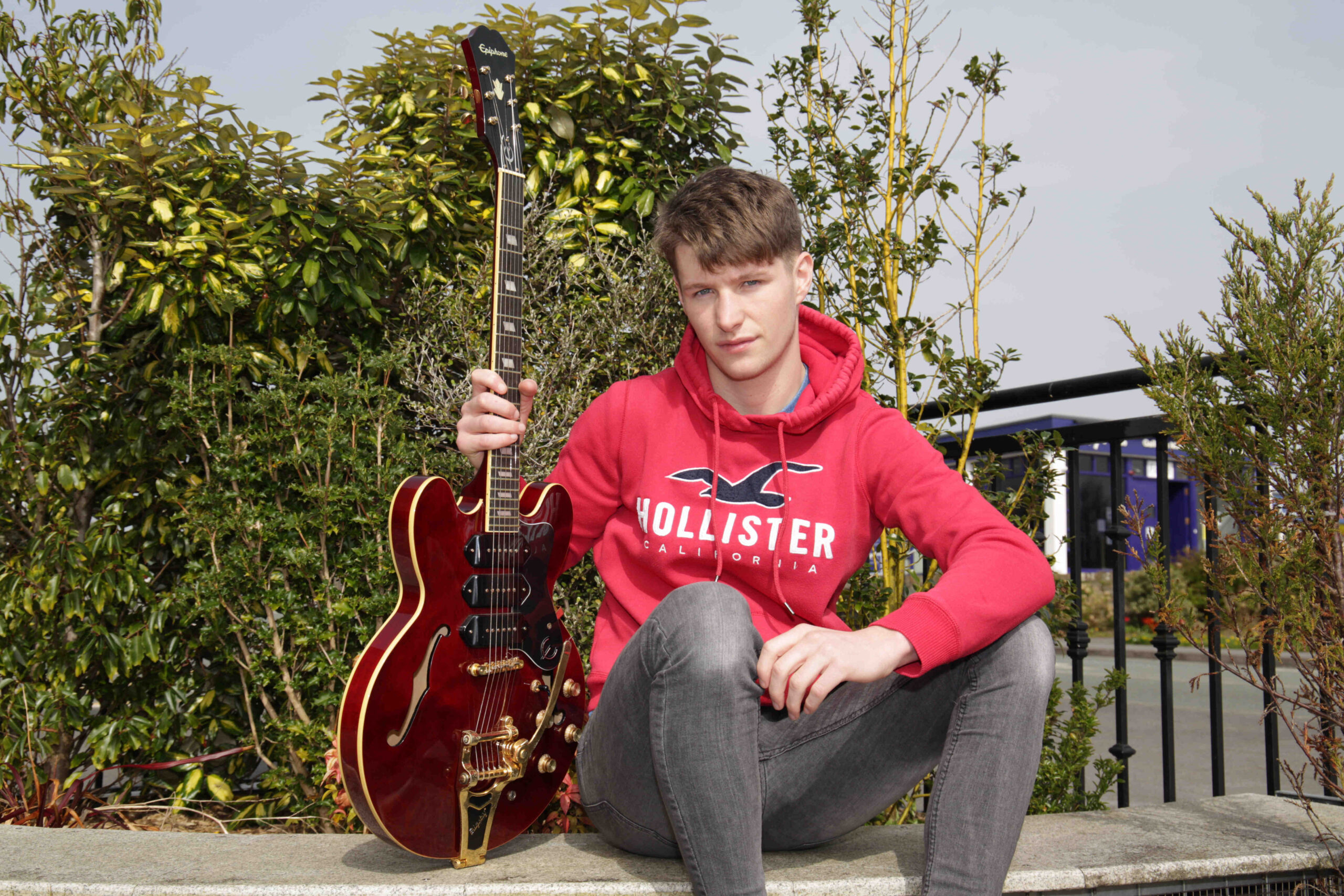 A young Killarney man who had extra time on his hands due to lockdown over the past year – has accidently become an online “influencer” – and managed to bag himself an impressive contract.

Global retail giant Hollister Co was so taken with Oisín O’Connor’s Instagram following over the past few months that they offered him an ambassador role for the year as part of their new campaign.

Oisín (20), who himself is a drummer and guitar player, had a small online presence – but by posting music which he recorded in his home studio – within a year he has amassed 5,000 followers. This lead to sponsorship from drumstick makers Vic Firth, as well as a paid partnership with Bulldog Skincare North America, and others.

“Over lockdown I was doing music and my friends told me I should post it online,” Oisín told the Killarney Advertiser.

“I wasn’t doing Instagram for business. I started out with nothing but I reached out to Vic Firth as they’d be renowned in the music industry and have 700k followers.”

One of Oisín’s songs got 50k plays and his presence grew from there, so much so that Oisín couldn’t believe it when American singer-songwriter Ne-Yo also made contact with him and they’re now in regular contact via text message.

“Ne-Yo reached out to me, he messaged he on Instagram. I did a cover of his song ‘Let Me Love You’, and I nearly fell down when I saw his message.”

From there Hollister got in touch.

“It’s a yearly contract and I took the opportunity as they’re good to be associated with. I probably wouldn’t be in this position only for COVID which gave me the time to do more music which is definitely what I want to go into.”