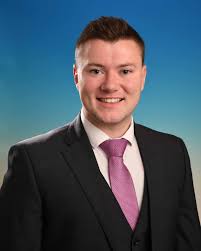 A Kerry County Councillor has claimed that when it comes to motor insurance companies assessing the risk of young drivers, the numbers simply don’t add up and has called on the insurance industry to stop using young drivers as easy targets and to engage with recent data.

“However, when one looks at the amount of road traffic accidents in this time only 4.4% of the total amount are attributed to drivers with provisional licenses,” he said. “This is even down from 6.4% on the previous year and it all points very clearly to better driving practices than is perceived by the general public which is mainly due to the unfair negativity toward young drivers.”

Cllr Healy-Rae stated that insurance companies are just picking figures at random when it comes to giving out insurance quotes to younger drivers who are already facing bills of up to €700 between lessons and licences ahead of tests.

The Castleisland LEA based representative who has recently called on the Government to introduce more driving testers to alleviate a backlog of learner drivers, which currently stands at over 271k nationwide as those who pass a test, can see a drop of almost 50% in their insurance quote.

“By keeping young drivers longer on the waiting list to get a test, they are being forced to pay higher insurance costs for longer and it is simply not fair.”

Citizen’s Information: How to recognise the signs of a scam