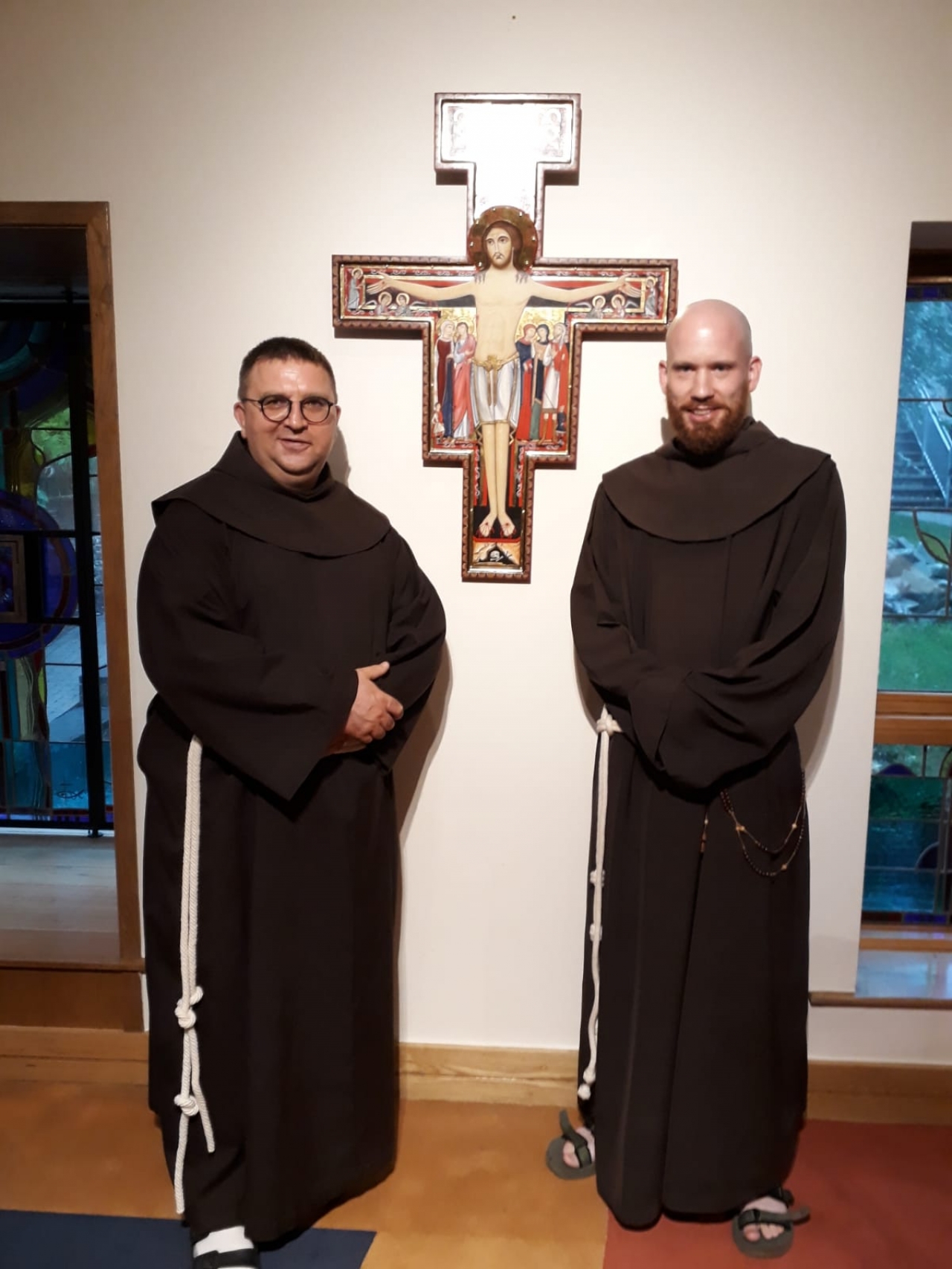 WELCOME: Br Gytis Vaineikis from Lithunia and Br Ken Murphy from Dublin have been welcomed into the Franciscan International Novitiate Killarney.

Two new friars have joined the Friary - with a third expected to join in the coming weeks.

On the Feast of the Assumption two men, Br Gytis Vaineikis from Lithunia and Br Ken Murphy from Dublin, were received into the Franciscan International Novitiate, Killarney.

They arrived on August 14, and will spend one full year in Killarney.

Br Pat, the Guardian, Br Antony Jukes Novice Master and all members of the community welcomed them.

"We hope that a third novice from Canada will join the group within the next few weeks," Br Pat told the Killarney Advertiser.

Their year is mainly focused on prayer and living together as Brothers in community, so as to help the novices to discern whether the Franciscan way of life is for them.

The novices will gather together with the whole community for prayer five times a day, and will also attend daily Mass in the Friary Church. In the mornings, during the week, the novices will have classes on aspects of Franciscan spirituality, history, theology, different forms of prayer, and the life and writings of Saint Francis of Assisi. The afternoons are taken up with work in the garden and other jobs around the Friary. In the second half of the novitiate year, it is hoped that there will also be the opportunity for the novices to take part in some sort of volunteer work in the local community. Towards the end of the year, the novices will have a final prayer retreat in preparation for making a commitment to this way of life.