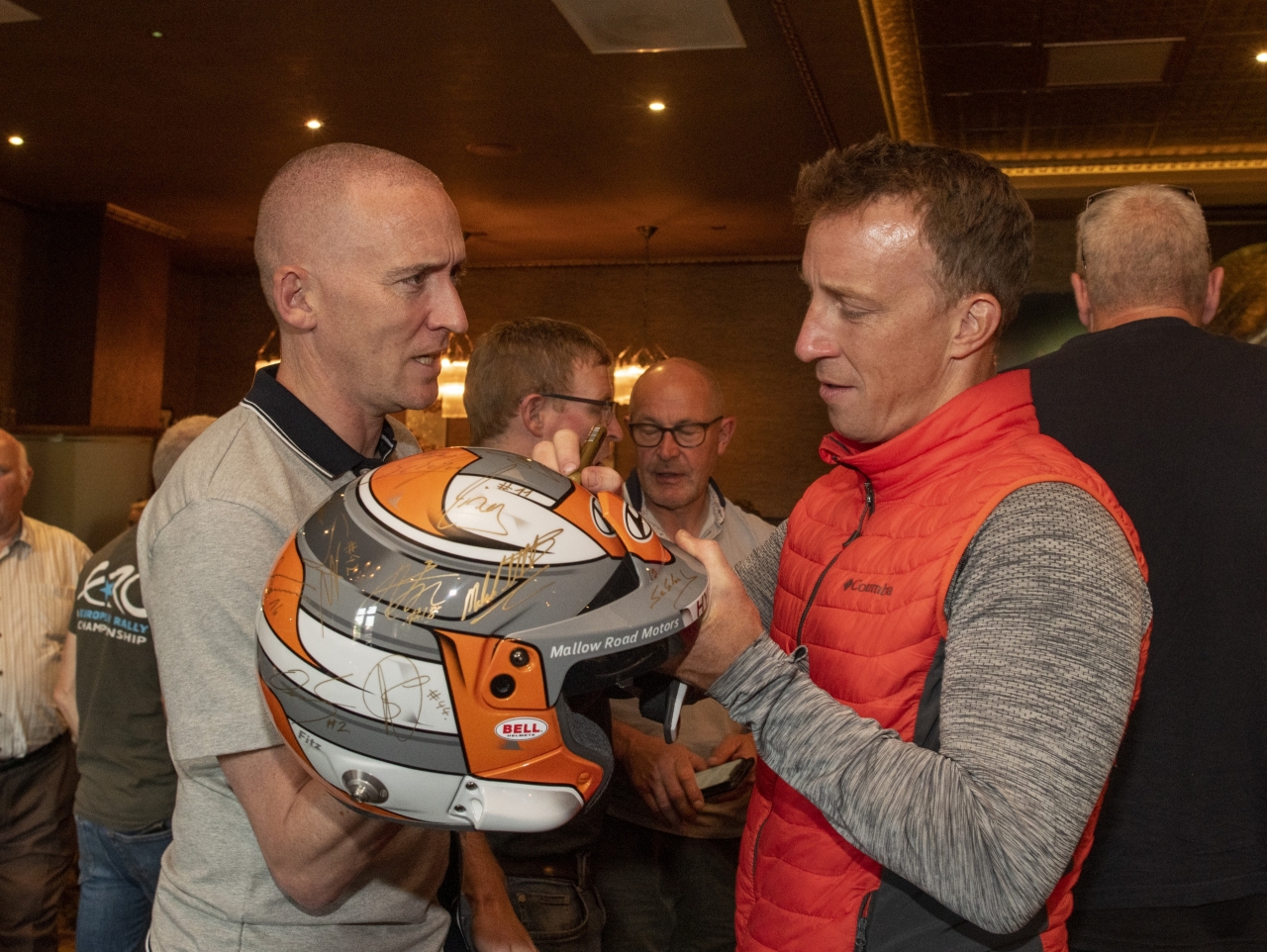 Paul Nagle’s rally helmet has sold for a staggering €25,000 at a charity auction. 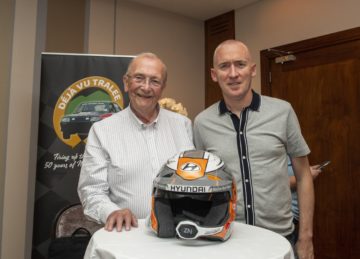 AUCTION: Alan 'Plum' Tyndall of Deja Vu Motorsport and Paul Nagle with the helmet that sold for €25000 at The Rose Hotel. Photo: Michael Chester 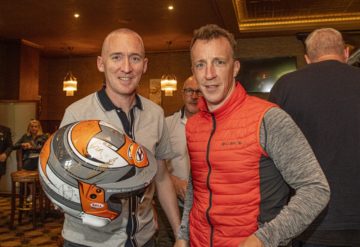 Nagle offered the helmet up for auction as part of the Déjà Vu celebration of Kerry motorsport that took place in Tralee and Dingle over the weekend with the funding now going to two good causes, Fossa GAA Club and Recovery Haven Cancer Support.

Kerry Motor Club is celebrating its 50th anniversary this year and the Déjà Vu road run was the flagship event in the year-long celebration.

After the road run, 300 people attended a gala dinner where the items were auctioned off at the event’s headquarters, The Rose Hotel.

These included paintings of famous rally drivers, motorsport trips to museums and, of course, the helmet which was signed by almost every top name associated with the World Rally Championship over the last 20 years.

Nearly €40,000 was raised during the auction with the majority of that sum going to Recovery Haven Cancer charity Recovery Haven is set to be the main of the fundraising effort.

Nagle will donate a large portion of the helmet sale to his home football club, Fossa GAA too.

An additional €3,500 was raised by individual donations and bucket collections along the route.

“I don’t have the words, we are humbled that we were the chosen charity for this spectacular and fun event,” Recovery Haven’s PR and Marketing manager Marisa Reidy said.

“We met so many wonderful people from the world of rally and they were so generous and kind. Huge thanks too to Kerry Motor Club and the work they did to bring this event to Tralee and Kerry.”

Locals are gearing up for 10th cycling challenge