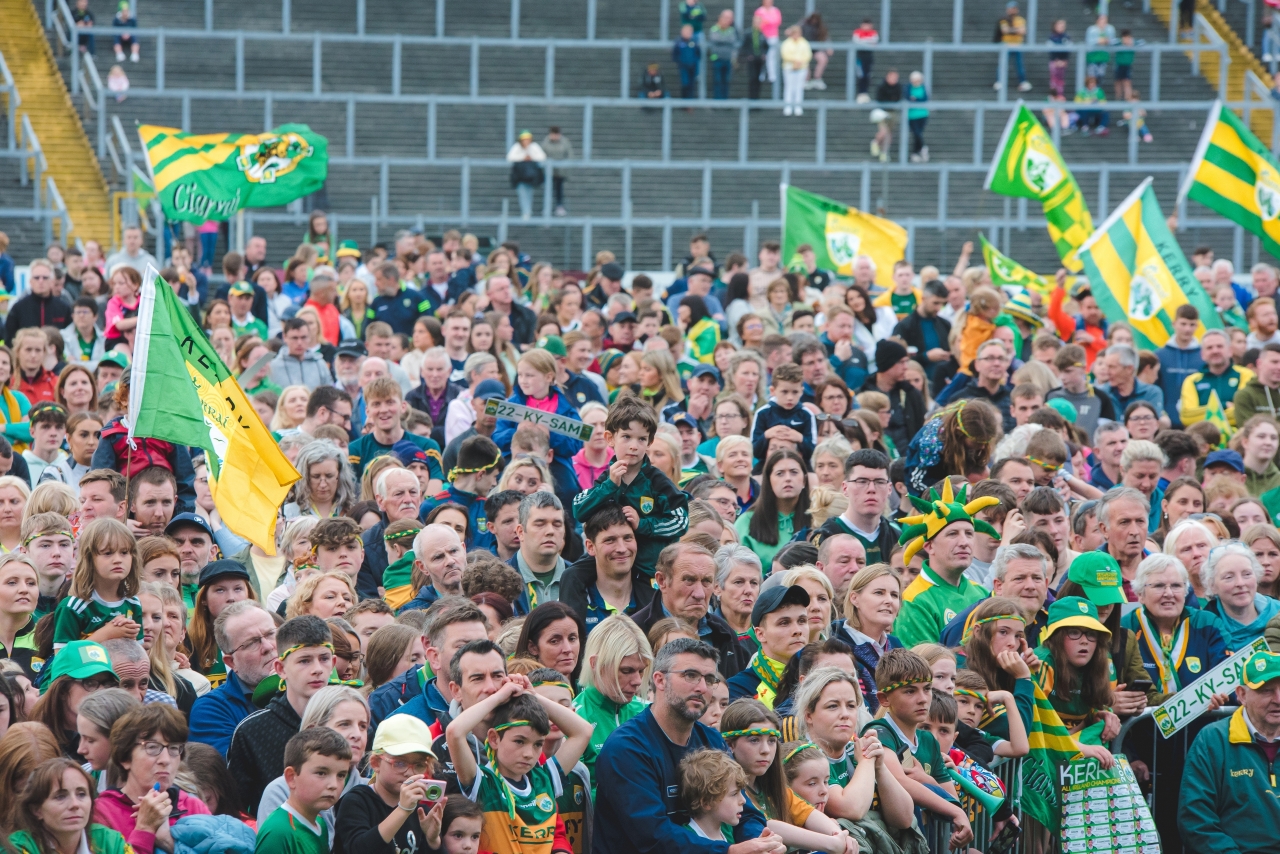 WELCOME HOME: Thousands of fans filled Fitzgerald Stadium to welcome the kerry team home but many feet the crowds were smaller than the traditional venue in the town centre. Photo: Marie Carroll-O'Sullivan

There has been a mixed reaction to the Kerry GAA County Board’s decision to host Monday’s homecoming for the victorious Kerry football team in Fitzgerald Stadium and not the traditional Glebe Car park.

Many felt that the stadium lacked atmosphere and the crowd that turned out to welcome the team home fell well short of previous successful years and was significantly less than the crowd that attended the Tralee homecoming a few hours earlier.

An estimated 13,000 people lined Denny St in the county capital on Monday evening.

“Just a few words on the tremendous reception this evening from this fantastic crowd. I was lucky enough to be here 25 years ago when we turned down Denny Street with Paidí Ó Sé leading us with the Sam Maguire, not having won it for eleven years,” manager Jack O’Connor told the assembled crowd.

"We thought we would never see the likes of it again with 20 to 25,000 lining the streets. But there has to be at least that if not more this evening so that is amazing in itself.”

Later that evening the team travelled to Killarney and to a new welcome venue in Fitzgerald Stadium.

Crowds were visibly smaller than previous similar events in the Glebe and were more scattered thanks to the vast area of the Lewis Road pitch.

“They got it all wrong,” Cllr Donal Grady told the Killarney Advertiser. “The town of Killarney should have done a lot more for our victorious Kerry team. The whole thing lacked atmosphere. You could see it in the players faces.”

The unavailability of the Glebe car park forced the hand of the organising committee but they felt that the crowds were on par with previous town centre events.

Cllr Niall ‘Botty’ O’Callaghan MC’d the night, as he has done for many homecomings in the past.

“It worked very well, I thought, especially for young kids who would not have had room in the Glebe to see everything,” he told the Killarney Advertiser.

“For a first time it worked well, like all new things you learn, maybe put a stage in the next time, or have the open top bus go through town and up to the stadium. It made no difference to businesses as they are busy anyway for the last Monday in July.”

“The Town Council and the Gardaí made it known to this committee that they were not happy to see a second car park in the town centre unavailable during the height of the busy tourist season - the Glebe Car Park would have had to be closed off on Sunday evening and all-day Monday and the Fairhill Car Park is currently used by Bird’s Funfair. In the absence of any other suitable venue in the town it was decided to hold the event in Fitzgerald Stadium,” John O'Leary of the Kerry GAA Executive Committee told the Killarney Advertiser.

“In my opinion there was a similar crowd to other victorious ‘Welcome Home’ events held in Killarney but obviously you cannot compare a crowd in a four-acre field with a crowd in a confined town centre location such as the Glebe Car Park.”

“Additional car parking, as had been requested by the Gardaí and Kerry County Council, was provided for the event in the Cathedral field and in the old Rugby field off the by-pass road and this was widely advertised.

“I would like to thank the numerous volunteers and stewards who gave of their time freely to ensure that the event was a success.” 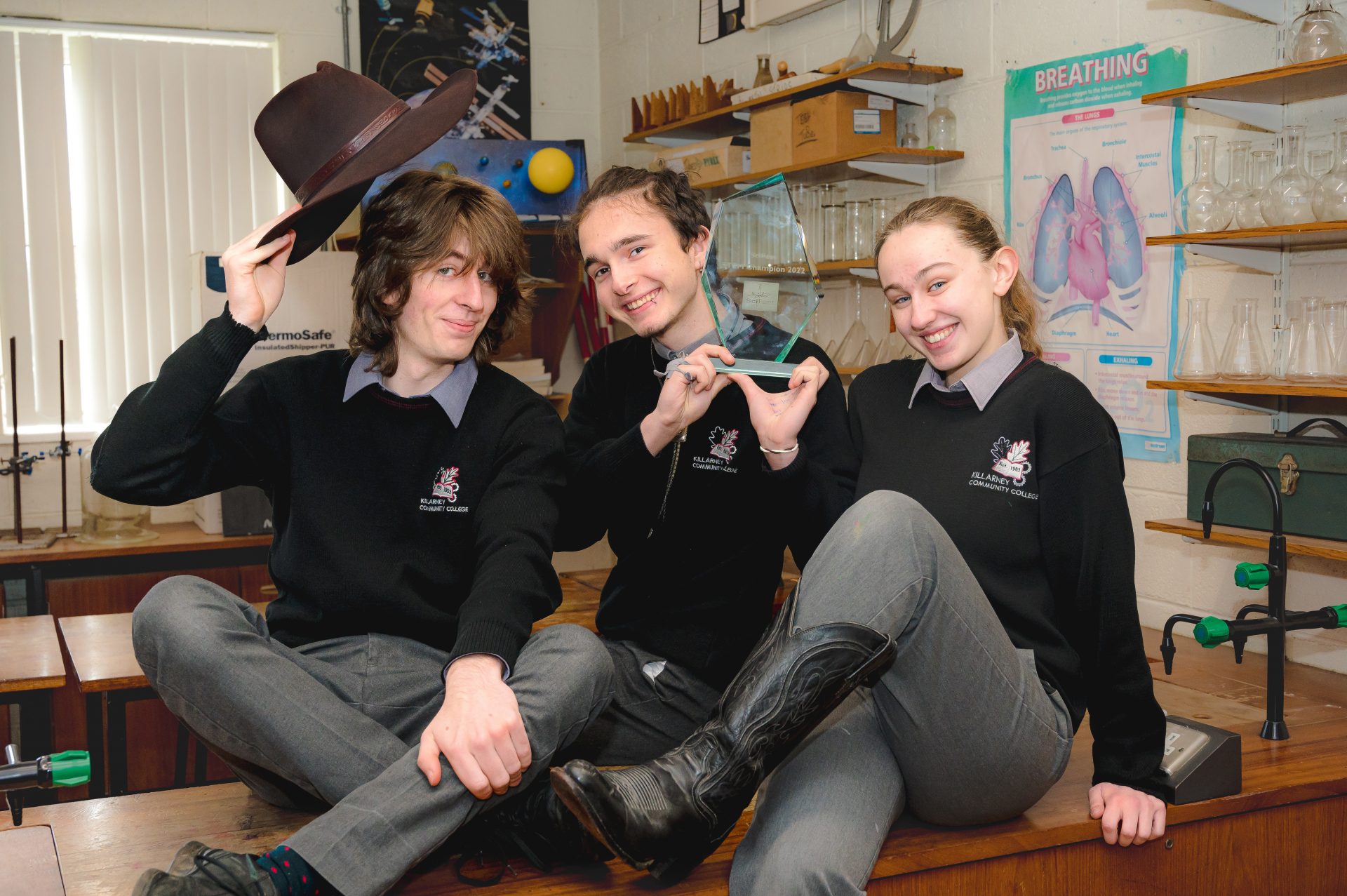