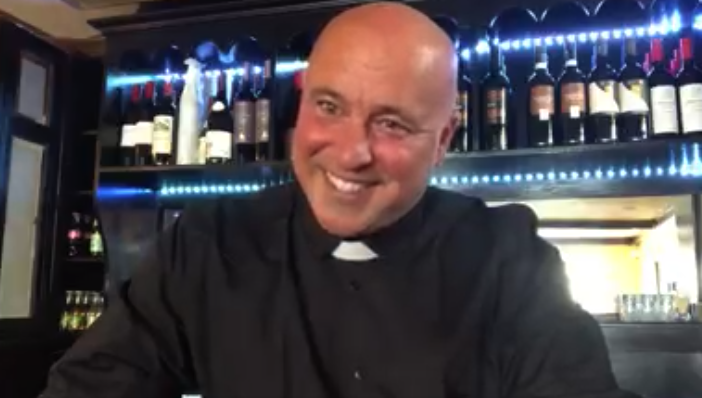 Controversial local chef Paul Treyvaud - who vowed to reopen his High St business for indoor dining today (Monday) - says he has found a way to do so without repercussions.

Speaking in a two minute video he posted online the popular chef, who is one of the leading voices calling for hospitality businesses to be allowed to reopen from today, announced he is now a ‘Minister of the Christian Global Outreach Ministries’ - adding that he is now welcoming wedding parties with up to 30 guests indoors.

Last week Mr Treyvaud addressed the Government’s Joint Committee on Tourism, Culture, Arts, Sport and Media following the announcement that indoor dining is set to be postponed until at least July 19 calling on the Government to reverse its decision, saying the “industry is in serious trouble”.

“So the million dollar question is are Treyvaud’s opening up on July 5 for indoor dining as they promised? Well, let’s just say I had a little word in my ear and I was told that if we open I’d be made an example of, more importantly the customers indoors would be made an example of and fined heavily. So unfortunately there’s no way we could do that,” he said.

He proceeded to tell viewers that he had “divine inspiration”, and went on to explain that he had gone through all the “statutory instruments” and “legislation” and found a loophole that couples who got married within the last 16 months of the pandemic can eat indoors.

“Anybody who’s been married within this pandemic in the last 16 months or so is more than welcome to come in to restaurants. We can take a maximum of 50 people from today onwards but we think Tony [Holohan] got that wrong so we are only prepared to take a maximum of 30.”

He unveiled the news that he has been “ordained an independent Christian clergy” and is “authorised” to perform “any and all Christian religious services, including weddings”.

Treyvaud said that “Every bar and restaurant across the country can do this”.

“By the powers invested in me I’d would like to pronounce Treyvaud’s Restaurant open indoors,” he concluded.

Crackdown on anti-social behaviour in Killarney