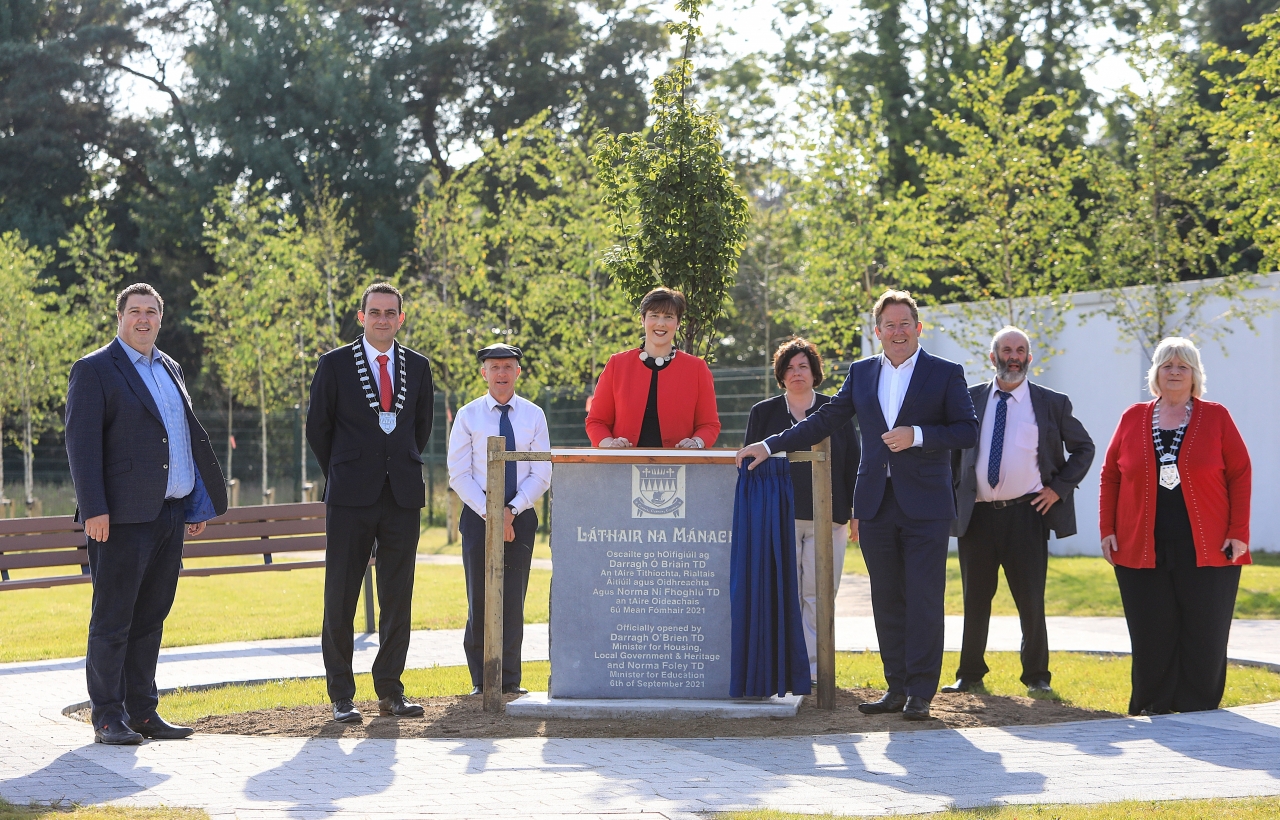 It was a busy itinerary for the Minister for Housing, Local Government and Heritage, Mr Darragh O’Brien TD today (Monday) as he visited numerous projects and developments in Killarney, Farranfore, Barraduff, Rathmore and Tralee. 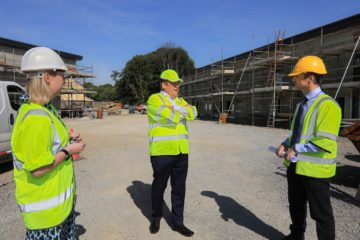 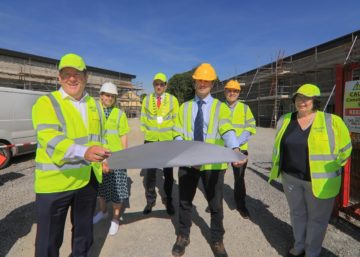 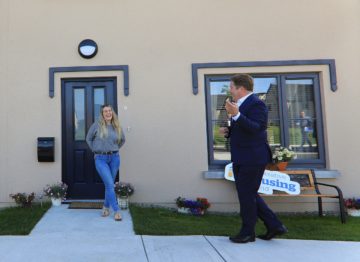 Chief among the events on the agenda was the official opening by Minister O’Brien and Minister for Education Norma Foley TD of the new €3.8m 20-unit social housing development in Rathmore, Láthair na Mánach and the official opening of An Carrigín, a 28-unit social housing development in Tralee which involved an investment of €5m.

Minister O’Brien also toured the Island of Geese site in Tralee as well as the Áras Phádraig site in Killarney which are currently being developed by Kerry County Council.

“I was delighted to visit County Kerry and to see first-hand the number of housing projects which are currently in development," speaking during his visit, Minister O’Brien, said.

"Having just launched ‘Housing for All’, the Government’s new housing plan for Ireland, it’s particularly exciting to see a wide range of projects which will provide much needed homes for people. It was also important for me to visit Farranfore and to reaffirm Government’s commitment to the investment in water services infrastructure in Kerry. There are numerous water and wastewater projects at various stages of development all across Kerry which I know people are dependent on.

The funding provided by my Department under the Urban Regeneration and Development Fund (URDF) is helping to further enhance the offering of both Killarney and Tralee, two fantastic towns with a huge tourism offering. All in all it was a great trip to the ‘Kingdom’ and I am looking forward to coming back to see even more progress on the projects currently in train.”

In addition to the opening of these estates, Minister O’Brien also paid a visit to a number of housing developments which are currently under construction in Rock Road, Killarney and Lohercannon, Tralee, as well as visiting the Co-operative Housing Ireland development in Barraduff and the Clúid development in Armagh House, Killarney, which contains accommodation for people in urgent housing need.

The Minister’s schedule also consisted of presentations on and visits to the sites of the Killarney and Tralee Urban Regeneration Development Fund (URDF) Projects, both of which were included in URDF funding announcements by Minister O’Brien in March.

That March funding announcement of €16.06m for the Destination Killarney Project allows for public realm improvements and a traffic management strategy to expand and diversify the town’s core and link it more closely to the National Park, while also regenerating the Áras Phádraig site.

The funding announcement of €15.93m for Tralee allows for the completion of the Town Centre Public Realm, further develop the Island of Geese site and support major areas of intervention for Tralee in relation to its economic growth.

Kerry County Council Chief Executive Moira Murrell and Council officials briefed the Minister on the scope and progress of both URDF projects, and their potential impact to Tralee and Killarney.

In welcoming the Minister to the county, Cathaoirleach of Kerry County Council, Cllr Jimmy Moloney pointed to the significant housing construction programme being undertaken by the local authority.
“With the announcement by the Minister on Thursday of the Government’s new 'Housing for All' programme, we are confident that the work that Kerry County Council is carrying out in relation to the provision of social housing will continue to grow. I am also delighted that Minister O’Brien was able to see the progress of the significant URDF projects in Tralee and Killarney and their potential impact and that these will continue to be supported.”