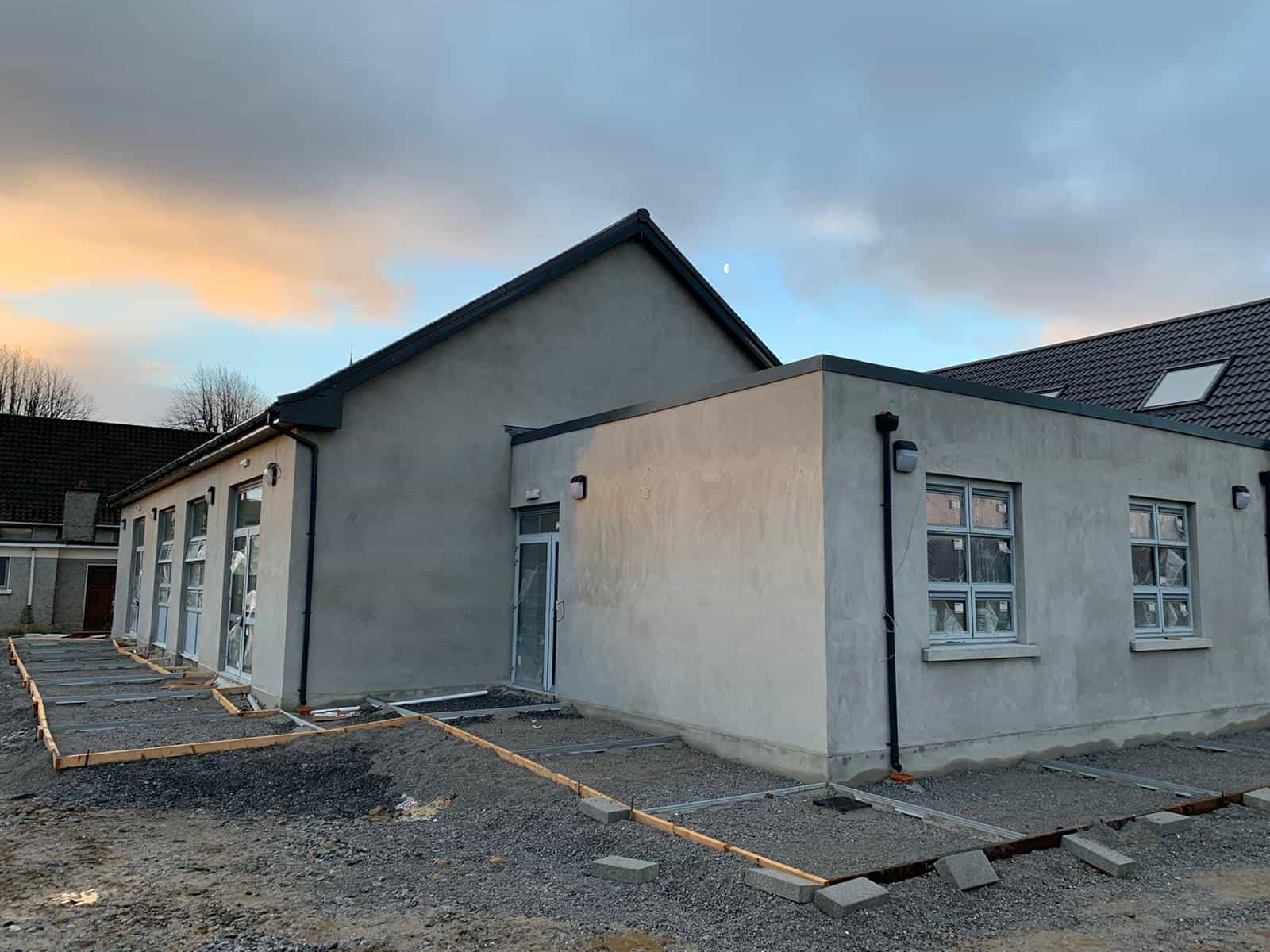 One local school could see major new works completed by mid-March as the building - deemed essential by the Dept of Education during the current restrictions - nears completion.

The brand new, and much needed extension at The Monastery primary school on New Road, will include two new classrooms to cater for children with Autism Spectrum Disorder (ASD) and children with two and more diagnosed learning difficulties, multi-sensory rooms, as well as works to extend the school hall, which is currently too small for the 190 pupil school.

There are also plans for a new school stage and PA system in the hall.

And, according to principal of the school, Colm Ó Súilleabháin, works for a soft play area outside and colourful murals should be finished during the summer holidays.

The school was founded in 1838 and has been located on the site on New Road since 1958. A three classroom extension was added at the rear in 2015 to cater for growing numbers.

Late last year the school ran ‘THE MON-ster Giveaway' asking the public to make ‘a small donation for the next generation’ to help cater for the growing school population.

And, although they initially thought they'd raise somewhere in the region of €20,000 - Colm says they were blown away by the €40,000 raised.

"We're hoping to have the interior finished by mid-March, which is six weeks away," Colm told the Killarney Advertiser.

"We're waiting on funding from the Dept for additional works, and some additional works might have to wait for the [summer] holidays. The response to the fundraiser was phenomenal. I thought we'd get €20,000 but it's now close to €40,000. It gave us all a great lift. We want to thank everyone for supporting our fundraiser, businesses who sponsored fantastic prizes and all the community groups who made donations and everyone who bought tickets."

He also added it's great news that those attending the school for special education would be returning on February 11 after Minister for Education Norma Foley and education bodies agreed the date on Monday adding that "there was a lot of pressure" for the decision makers given "the situation".

"Two weeks ago we were disappointed it didn't happen. We've two special classes and we'll be delighted to have them back. There's 11 in total, and two teachers and two SNAs. There won't be more than 20 people in the school."