It’s the hottest social media platform out there right now – with users trying to get as many views as possible – but one local lad has managed to clock up a staggering 1m views in just four days.

Grigoriy Geniyevskiy, who happens to be doing a great job on his work placement with us here at the Killarney Advertiser, made an 11 second TikTok video which caught the imagination of others.

Within hours he was shocked to see that his funny sketch, which showed him playing along with song lyrics and removing letters from his name on screen on the video-sharing platform, went viral.

The total playtime is just over 3908 hours, with a worldwide reach from the USA to Australia.

The TikTok App, which is most popular with youngsters, has gained up over 1.5 billion downloads since its launch with more users than Twitter, Snapchat, Pinterest and LinkedIn.

“As part of a competition to see who has more likes on the App, my friend and I set up accounts to see who can come up with the most entertaining videos for people to watch,” Grigoriy told the Killarney Advertiser. 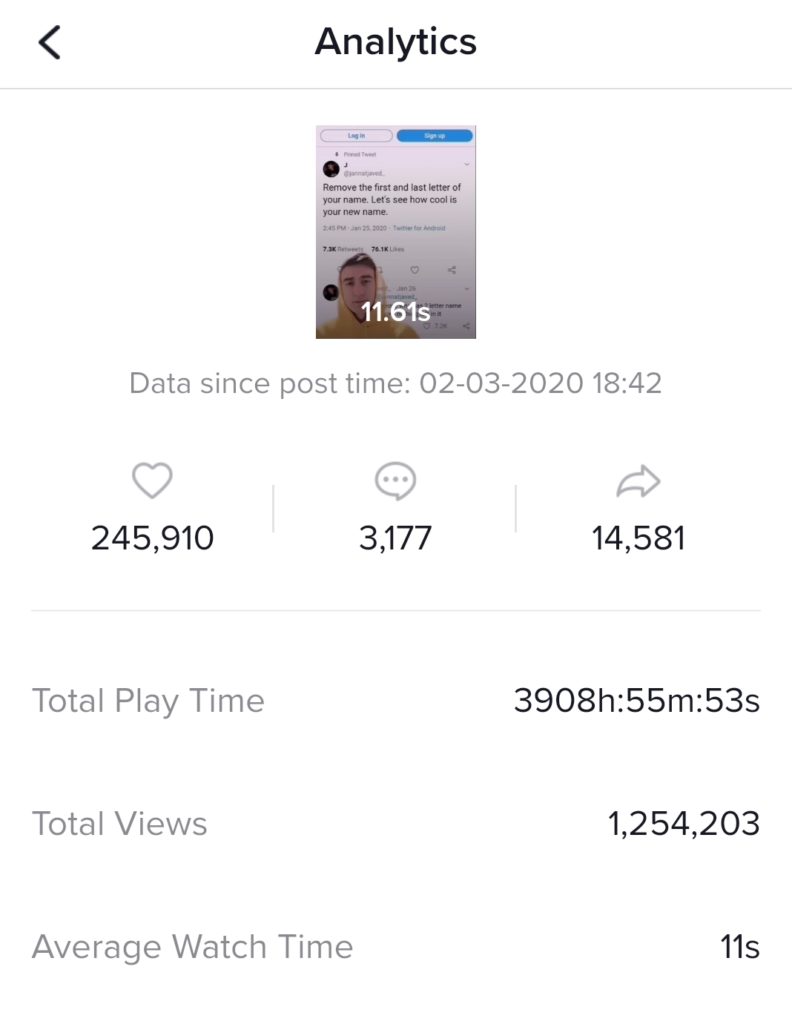 “I set up my account @griggen and so did my buddy @shanelyne1. For the whole month of January, we spent our time making videos and we would go back and forth with the number of likes gained. The whole process was fun. Trying to be creative and unique with your sketches really interested us and drove us forward uploading more and more each day.

“At one point my friend had reached over 300,000 views on each of his two videos. It was absolutely crazy to see so many people watching my video and liking it.”

Sheep Dog Trials will be a huge economical boost to Killarney