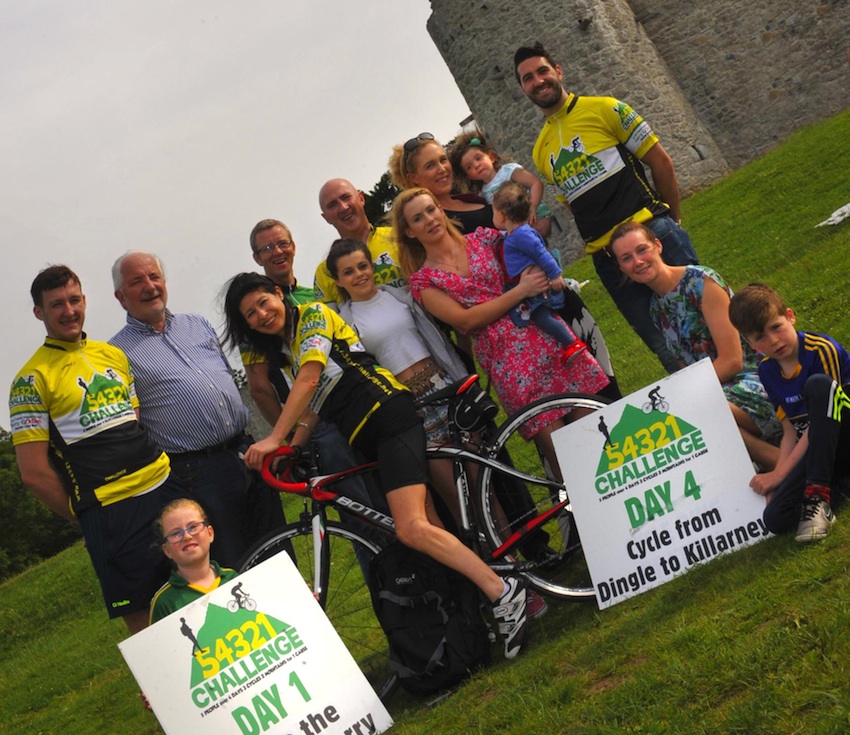 AS FUNDRAISERS go, the 54321 Challenge has really captured the imagination of the public. It sees five people take part in an adventure over four days, involving three cycles and two mountain climbs, for one cause, to generate much-needed funds for a number of local charities.

This year’s challenge will take place from September 8 to 11 inclusive and will see participants cycle the Ring of Kerry, climb Carrantuohill, cycle from Killarney to the foot of Mount Brandon before climbing the peak, and cycling from Dingle to Kerry.

Launched at Ross Castle on Tuesday, the challenge is now entering its fourth year. “In the first two years it was undertaken by one team of five people and last year saw three teams take to the roads and mountains,” said spokeswoman Carole Moran.

“It has again this year been decided to open the challenge to multiple teams of five building on last year’s success. This was decided to enable others to enjoy and take part in this epic challenge and also it will help increase the much needed funds as this year the 54321 challenge will raise money to support three Kerry charities which are the Kerry Cancer Support Group, Glowhearts 4 Crumlin and the Killarney Cardiac Response Group.”

You can donate via the individual charities’ Facebook pages or by direct debit to Ulster Bank, Killarney. Sort code 98-58-86 Account No. 10824507, or if you know any of the participants you can contact them directly with a donation.

On their marks for world’s most beautiful road race

‘A roadmap for achieving economic and community development’