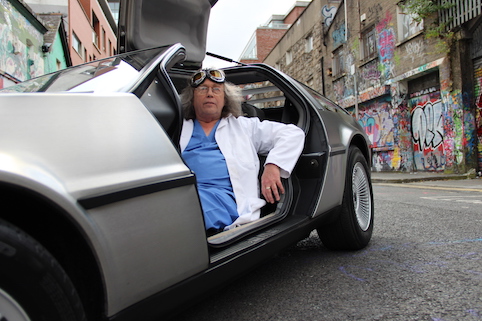 KILLARNEY will roll out the red carpet this Wednesday for Kerry Film Festival which will run for five days and showcase short films as well as feature films.

The festival will open with the soldout world premiere of Kerry-made feature film Making It and will close with the world premiere of Brackenmore. Making It was produced by the National Digital Skills Centre at Kerry Education and Training Board and Brakenmore was produced by Caragh Lake Films which collaborated with a number of local organisations including Kerry County Council and the Kerry ETB. “The production of these films is a testament to the determination of production companies filming in Kerry and the wealth of locations in Kerry suitable for filming,” said the festival’s artistic director Maeve McGrath.

The short film programme is an integral part of the Kerry Film Festival schedule and this year there are 16 programmes of short film. “With an international focus on short film reflected in the programme including a new exchange of films with the renowned Kendal Mountain Festival, there is also an overflowing programme of Kerry short films in the Kerry Connection programme highlighting the wealth of creative talent creating film in the county,” added Maeve.

Filmmakers and Industry professionals will gather in Killarney on October 22 for the festival’s Short Film Market where panel discussions and conversations will take place with industry guests discussing short film and a special focus on the diaspora in the Irish International Film Festival panel.

Jim Cummings, winner of the Grand Jury prize at the Sundance festival, will give a masterclass on his journey to Sundance with Thunder Road and there will be a casting workshop for actors with Sing Street casting agent, Louise Kiely.

“Critically acclaimed feature films include A Good Wife which opened in Sundance this year and in keeping with the festival’s tradition of focusing on music in film, KFF are delighted to offer the Irish premiere of Paul Thomas Anderson’s Junun and the acclaimed music documentary, We Are X,” said Maeve. “With a documentary on the life of Ken Loach, Versus, and the Kerry premiere of Mattress Men with director Colm Quinn in attendance, the festival offers a selection of films that will appeal to all.”

For more information on these screenings and others at Kerry Film Festival log onto www.kerryfilmfestival.com or call 066-712 9934.

Above: Mattress Men will have its Kerry premiere during Kerry Film Festival this week.

Dr Crokes team in the picture for 25th anniversary reunion