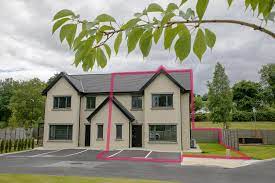 A Killarney house worth €350,000 has been won - changing one person's life forever. The draw for 'Win a House in Killarney' - set up to benefit Ardfert Community Council's new development - took place via Facebook live on Saturday night declaring ticket number 5161 - naming Marion Foley, who is living in Bantry but originally from Gneeveguilla - as the overall winner of the 4-bed house Killarney house.

The second prize of €5,000 cash went to Angela Begley from Castleisland, and third prize of a €2,000 Great Southern Killarney hotel voucher was Richard Samakubar from Grosvenor Court in Killarney.

"She's overjoyed and we wish her all the best with her new house," he said. "Ardfert Community Council are delighted with all the support we got from all over Kerry and Ireland. It was a huge success."

Crokes plant the seed for a new green project