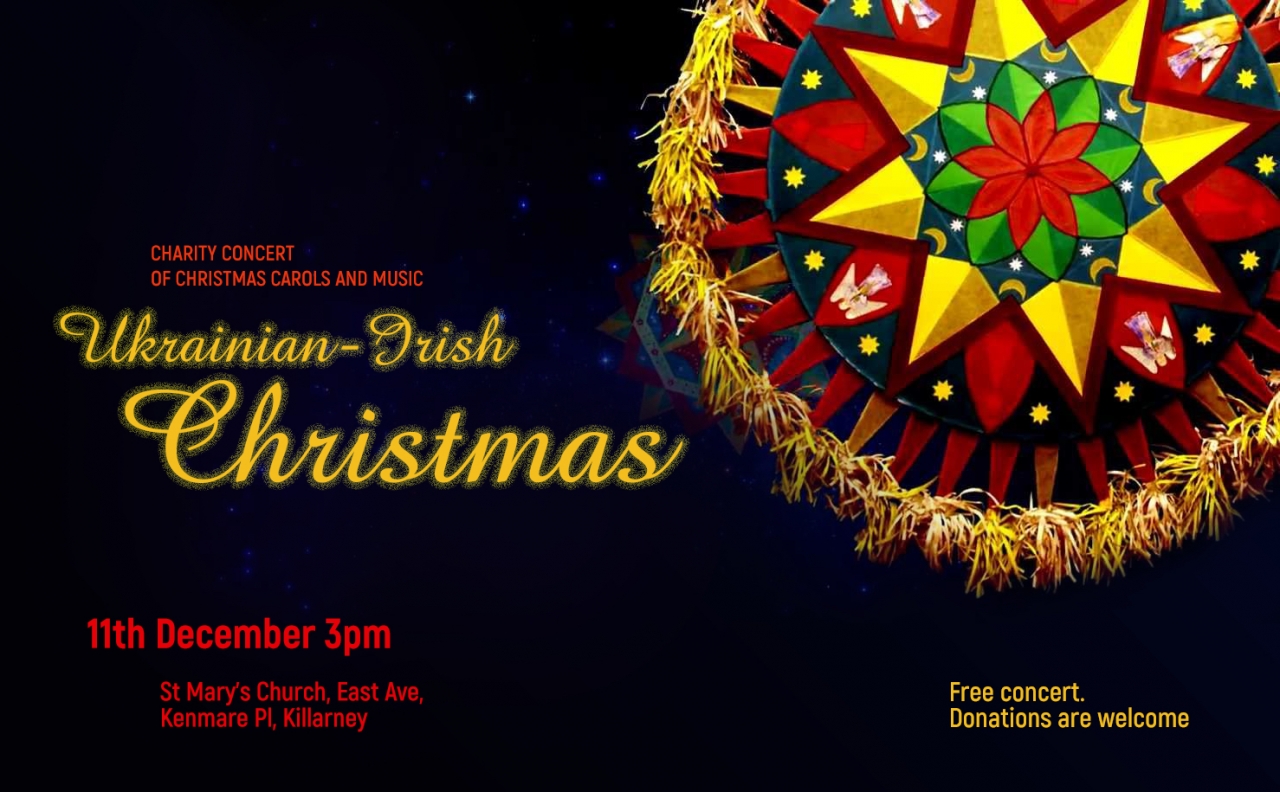 Local Ukrainians are inviting the Killarney community to a special Christmas concert next week.

On Sunday, December 11 there will be a charity Christmas concert of Ukrainian and Irish music in St Mary's Church in Killarney at 3pm.

The concert will include traditional Ukrainian carols - Christmas songs that are performed during many winter holidays in Ukraine. In addition to solo songs, all guests will hear the performance of young violinists, the five Yershovy’s sisters and the performance of Ksenia Rusnak, who masterfully plays the ancient Ukrainian instrument - the bandura.

Bandura is a relative of the medieval lute, known in Ukraine since the 12th century as Kobza. Folk songs and Cossack poems are usually performed on the bandura. Residents of Killarney will have a unique opportunity to hear virtuoso playing on this instrument and be transported back to the 16th century. It was during this period that playing the bandura became very popular in Ukraine.

At the invitation of Ukrainians, Irish musicians will take part in the concert - which ones are still a surprise.
The organisers say that for Ukrainians, it is very important to share their Christmas traditions with the local community, and at the same time learn how Christmas is celebrated in Ireland. Despite seemingly different cultures, we have many points in common. So, for example, the famous Christmas song Carol of the Bells, which is performed all over the world, was written by the Ukrainian composer Mykola Leontovych and is known in Ukraine as 'Shchedryk'.

With this concert, Ukrainians also want to thank the entire local community for their warm welcome and hospitality and also to collect funds for a shelter in the city of Khotyn in Ukraine. In this house, priests receive women and children who lost their homes and suffered violence during the war. The house is in dire need of electricity to keep the little refugees and their mothers warm.

Meanwhile, preparations for the concert are in full swing. The soloists rehearse their programme in the evenings, attracting new voices to the choir.

“Ukraine was lucky to be among few European countries to preserve its authentic Christmas traditions with carol singing (kolyadky) and Malanka plays (vertep) - we will recreate this and other heritage at our concert. This is a great opportunity for you to get to know our culture better, and for us to bring our home closer during this festive time,” Yulia Spillane, one of the choir's soloists, says.